Accessibility links
Study: Bacteria Ate Most Methane From BP Well Some scientists contest the conclusions of a new study that claims that methane from the BP was eaten by bacteria. But they agree that it does not seem to have caused lasting damage to the ecosystem. 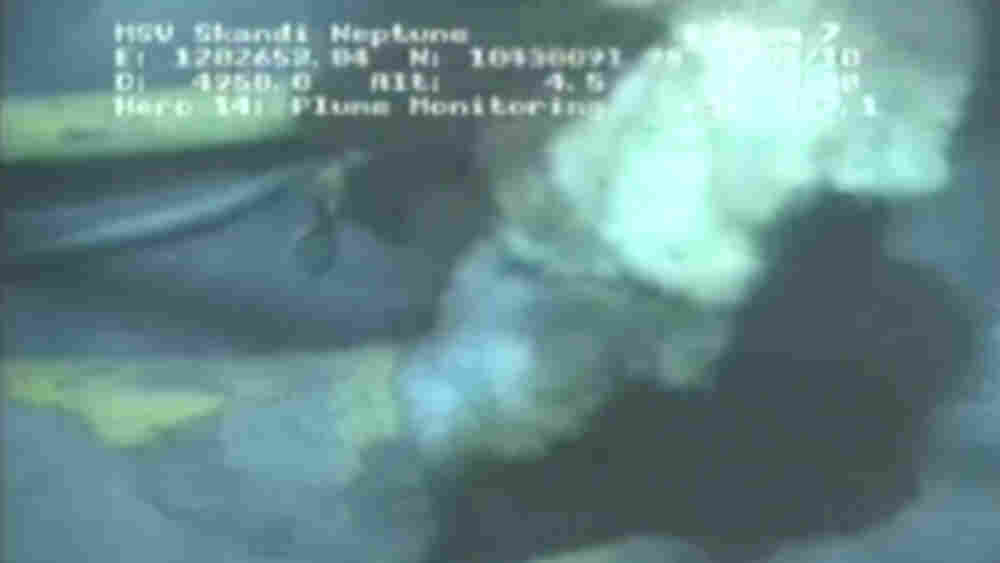 This image, from a video feed from a remote submarine, shows BP's Macondo well leaking natural gas on May 12, 2010. A new study concludes that the vast quantity of methane gas that spewed from the well in the Gulf of Mexico was rapidly eaten by bacteria. BP PLC/AP hide caption

A new study concludes that the vast quantity of methane gas that spewed from the BP oil well in the Gulf of Mexico was gobbled up rapidly by bacteria.

About a third of the material that gushed into the ocean from the BP blowout was in gas form, not oil, and the new study is the latest attempt to figure out what happened to all that carbon-rich material. It had the potential, at least, to deplete oxygen that fish and shrimp need.

While most of the world was focusing on the frightening oil slick spreading across the Gulf of Mexico, John Kessler, from Texas A&M University set his focus on the methane.

"We were first out in the middle of June, and it was at that time we were noticing very high concentrations of methane in the deep ocean," Kessler says. The methane didn't seem to be bubbling to the surface -- undersea bacteria were eating it, but very slowly.

"This wasn't terribly surprising," Kessler says, "because most of the places we normally study are fairly active natural methane seeps around the planet. And even in those natural environments, the rate at which methane decomposes is fairly slow as well."

So Kessler, along with many other marine scientists, figured methane from the blowout would persist in the deep ocean for many years. He and some colleagues returned to the Gulf in August, expecting to find plenty of methane still out there.

"What we met up with was an entirely different story," he says. They took more than 200 water samples, and essentially found no excess methane. Kessler offers two options for what could have happened to it:

"Did methane itself just dilute out, or was it consumed by some of the indigenous bacteria that are in the water?"

There are bacteria in the Gulf of Mexico known for their ability to gobble up methane. And sure enough, Kessler and his colleagues found those bacteria in abundance. They also looked at oxygen levels, because these bacteria consume oxygen when they eat methane. They report in Science magazine that oxygen was also depleted in the deep-water layer where they had originally found the methane. 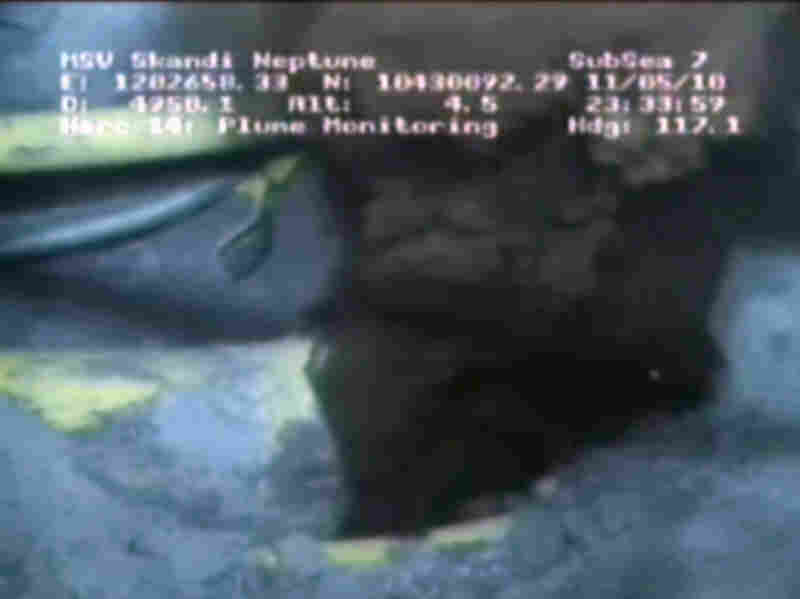 Captured about the same time as the image above, this video frame shows dark oil leaking from a pipe on the seafloor. About one-third of the material that leaked from the well was natural gas, not oil. BP PLC/AP hide caption 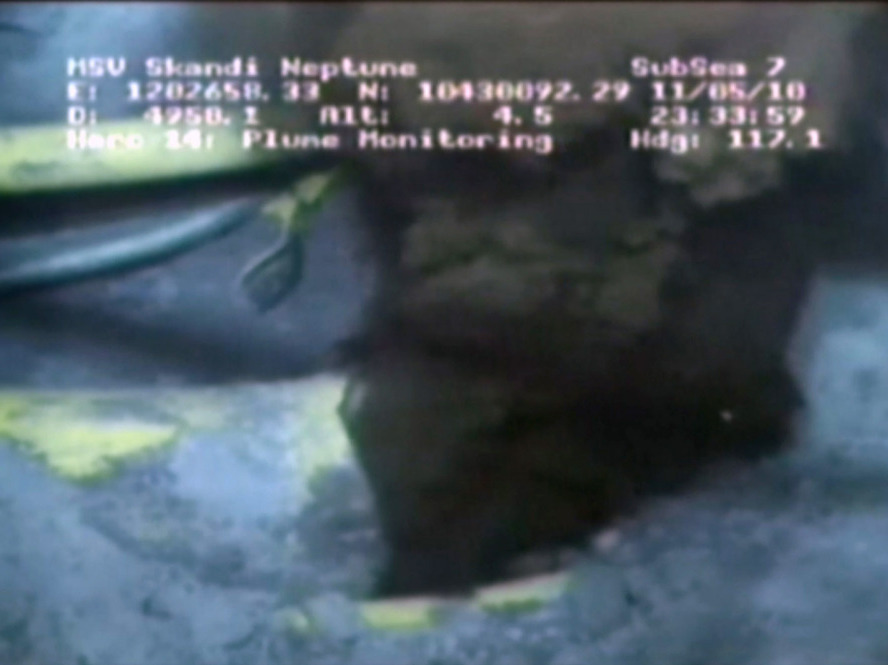 Captured about the same time as the image above, this video frame shows dark oil leaking from a pipe on the seafloor. About one-third of the material that leaked from the well was natural gas, not oil.

"All of that oxygen loss could only be explained by a complete consumption of the methane," Kessler says. The paper concludes that in just 120 days, bacteria basically gobbled up all of this methane and turned it in to carbon dioxide and organic carbon.

But Ian MacDonald, a professor of biological oceanography at Florida State University, is not so sure.

"I'm not totally convinced by the data that they present here," he says. For one thing, it seems odd that the methane-eating bacteria that usually do their work quite slowly around natural methane seeps became superspeedy around the oil well. MacDonald also says nobody really managed to trace the deep-sea currents, which could have carried away the methane.

"It's possible there was enough flow, enough water movement through this region, that what we're looking at is not the disappearance of the gas due to consumption by the microbes, but simply by mixing," he says.

Further tests of the Gulf water can help resolve this puzzle. If bacteria did indeed eat up the oil, they should have left behind telltale traces of ancient carbon from these fossil fuels. What we're witnessing here, MacDonald says, is science in progress, so no single study is likely to provide a definitive answer.

"The exciting thing about the science that's happening here is there are alternative ideas, and they're plausible alternative ideas put forth by very respectable and capable people," MacDonald says. "I think it's going to teach us a lot about this giant experiment and how the ocean works."

MacDonald and Kessler both agree that the methane findings are reassuring. Whatever happened to the natural gas, it does not seem to have caused obvious damage to the economically valuable ecosystems, near the surface or near the shore, in the Gulf of Mexico.