Accessibility links
Petraeus' Wife To Lead Fraud Agency's Military Arm Holly Petraeus, whose husband is the general commanding the U.S. troops in Afghanistan, has been tapped to set up an office of the Consumer Financial Protection Bureau that will focus on helping service members avoid fraud and abuse. 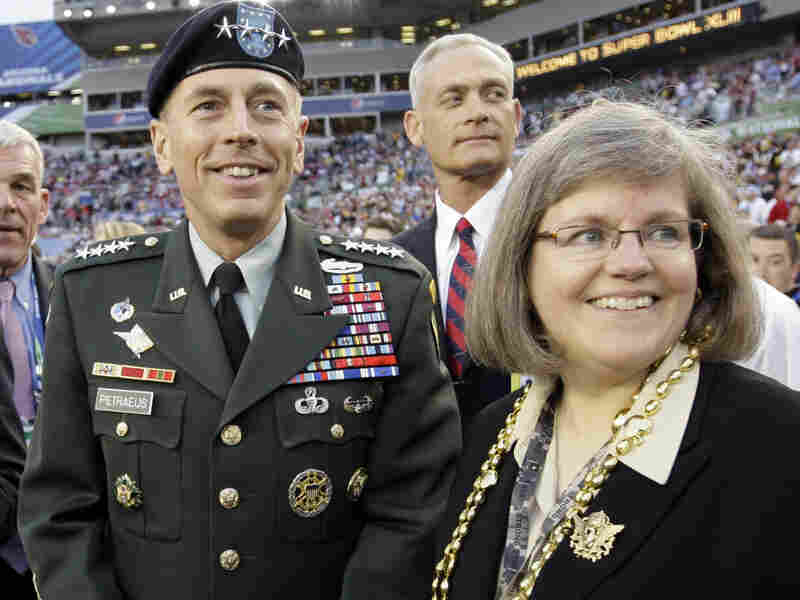 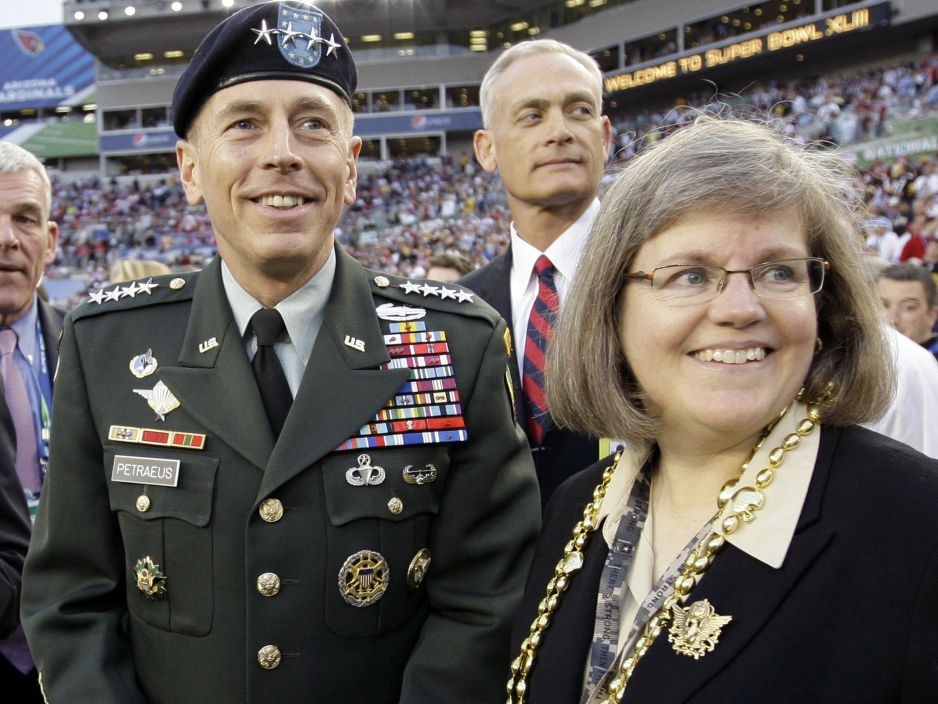 Holly Petraeus with her husband, Gen. David Petraeus, at the 2009 Super Bowl.

Holly Petraeus, whose husband is the U.S. commander in Afghanistan, is helping to create the new Consumer Financial Protection Bureau, setting up the Office of Service Member Affairs.

At a news conference, Petraeus said she has been dealing with the financial pitfalls facing military families for many years. Professionally, she has worked for the Better Business Bureau, protecting members of the military from predatory lending and other abusive practices.

But she said that as a young Army couple, she and her husband, Gen. David Petraeus, made some of the "rookie financial mistakes that I counsel people against today -- buying the expensive sports car, signing an apartment rental contract sight unseen based on a slick brochure, putting money into a questionable investment without doing research simply because it promised great returns."

She said they were lucky that it was harder to get into big trouble in those days.

Today, members of the military are often aggressively targeted by those offering high interest rate payday loans and too-good-to-be-true deals on cars. The new office she is helping to create will try to detect such traps and stop them.

Mike Calhoun, president of the Center for Responsible Lending, calls Petraeus the perfect person to head the effort, citing her knowledge and commitment.

He says the country benefits when service members are on sound financial footing, because they can't function effectively if they're worried about bills and creditors.

"If their financial troubles become acute, they can lose their security clearance and won't be able to do the jobs they've been trained to do," Calhoun says.

Elizabeth Warren, who heads the new consumer bureau, says a special office for the military is important because new enlistees are often earning their first steady paycheck and facing their first easy credit offers.