Accessibility links
The 'Twilight Softness' Of 'Radioactive' In her new, stunning visual biography, Radioactive: Marie & Pierre Curie, A Tale of Love and Fallout, Lauren Redniss describes (and draws) the marriage and discoveries of the famous scientific couple.

Lauren Redniss is a writer and illustrator whose work has been nominated for the Pulitzer Prize. In her new, stunning visual biography, Radioactive: Marie & Pierre Curie, A Tale of Love and Fallout, she describes the marriage and discoveries of the famous scientific couple. She spoke to Melissa Block about the book, the Curies' fairy tale love story and the sensation caused by their introduction of radium to the world.

Before starting the book, Redniss spoke to the Curies' grandaughter in Paris, who had several warnings for the author. 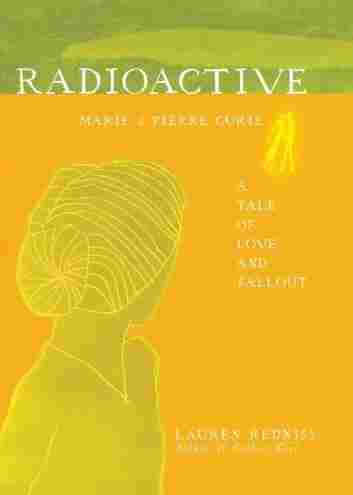 "She warned me about two things," Redniss says. "She said the first danger of writing about the Curies is to turn their story into a fairy tale. And the second danger is to forget Pierre. So while I very deliberately did fall into the first trap and emphasized very deliberately the fairy tale aspects of their story, I tried to highlight Pierre's work."

Indeed, Redniss does use fairy tale language to describe the Curies' life: Marie Curie is a young scientist from Poland; she comes to Paris; she meets Pierre Curie, and they become inseparable.

She says, "It was really important to me to not separate the human element from the scientific developments."

It was also clear to Redniss that the Curies' story was a highly visual one, albeit one that proved challenging for the illustrator.

"It is largely about invisible forces," she says. "Love and radioactivity, these things that we can't see. To make a visual book about that was an intriguing challenge."

The book's look and feel -- it is luminous and vibrating with color -- comes from a process Redniss used called "cyanotype printing." In the process, one takes paper, coats it with a light-sensitive chemical solution, and then exposes it to sunlight to reveal a negative image. The sunlight often turns the paper blue.

"That blue has sort of a twilight quality," says Redniss. "And because you are getting a negative of the drawings, you often get a white line. That to me had this sort of glow that reflected what Marie Curie called radium's spontaneous luminosity."

Among the facts about the couple Redniss includes in the book are that Marie Curie kept a tube of radium next to her pillow, and that Pierre Curie strapped radium onto his arm and saw a lesion develop. She notes that the couple were more fascinated with than horrified by the results. 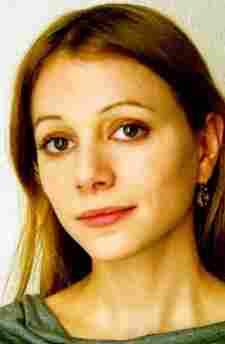 Lauren Redniss is the author of Century Girl: 100 years in the Life of Doris Eaton Travis, Last Living Star of the Ziegfeld Follies and Radioactive: Marie & Pierre Curie, A Tale of Love and Fallout. Her writing and drawing have appeared in numerous publications including The New York Times, which nominated her work for the Pulitzer Prize. Lauren Redniss hide caption 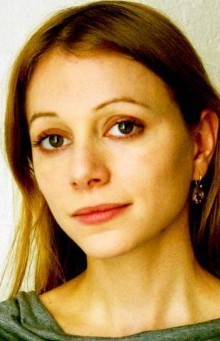 Lauren Redniss is the author of Century Girl: 100 years in the Life of Doris Eaton Travis, Last Living Star of the Ziegfeld Follies and Radioactive: Marie & Pierre Curie, A Tale of Love and Fallout. Her writing and drawing have appeared in numerous publications including The New York Times, which nominated her work for the Pulitzer Prize.

"I think they saw these effects with a scientific detachment," Redniss says. "When Pierre put that vial of radium against his arm ... they understood that if radium could destroy healthy tissue, it may also be able to destroy disease tissue, and they began to develop cancer treatments."

After the Curies discovered radium, the element became an instant commercial hit. People began calling it a wonder drug and developing products out of it, a concept that Redniss explores in her book to humorous effect.

"There was toothpaste; there were pillows; there were chocolates and all kinds of medicines and household products and anything you could imagine to give your body a healthy glow," she says, laughing. "In some cases, there was radium in the product and in other cases it was more along the lines of an American Express gold card -- there isn't really gold in the card, but radium was used as a branding and selling point."

And why all of the pandemonium surrounding radium to begin with?

"It was a sort of panacea," she says. "It was promised to impart longevity, virility, and general all-over health."

It was even thought that radium paint could be used on walls, and the whole room would be lighted from within, with a greenish-turquoise gold glow.

"There was a chemist who formulated radium paint that he called 'undark paint,' " Redniss says. "He said if you were to paint your house with this paint it would be as if there was moonlight. I think it would be heavenly [to have]. That is part of the quality that I try to capture ... this kind of twilight softness. If radium wasn't toxic, you can't beat it." 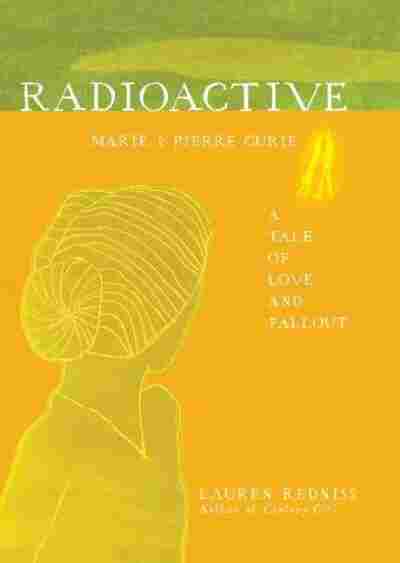