Accessibility links
Karen Abbott on Gypsy Rose Lee: A Thorny Story Laid Bare In a new biography, the author of Sin in the Second City peels back the veil of glamor surrounding the most famous stripper since Salome — Gypsy Rose Lee.

To say that Gypsy Rose Lee was a stripper is a bit like calling Frank Sinatra a saloon singer. Which is to say: Yes, but.

She was the most popular theatrical entertainer of her time, famed as much for her wit as for her shtick. Yes, she'd slip off certain articles of clothing. She'd fling gloves or ribbons into the audience. But you'd see just as much flesh in a Doris Day movie. Gypsy Rose Lee always, but always, left her admirers wanting more.

And yet it may be necessary to remind people today that Gypsy wasn't just a fictional character, the second banana in the musical that bears her name. Sin in the Second City author Karen Abbott has done just that in her latest book, American Rose: A Nation Laid Bare -- The Life And Times Of Gypsy Rose Lee. And as she tells NPR's Scott Simon, the lady in question was "one of a kind."

"One of my grandmother's cousins saw Gypsy perform," Abbott says. The fellow reported back that the star "took a full 15 minutes to peel off a single glove -- and that she was 'so damn good at it that he gladly would have given her 15 more.' "

"Anyone who can make peeling a glove that enticing, I need to know more about," Abbot says with a laugh.

It wasn't just that certain something in the way she moved, of course. Lee was clever; her patter sparkled.

"Her great accomplishment," Abbott says, "was the idea of blending sex and comedy."

She drew a glittering audience.

"H.L. Mencken is the one who coined the word 'ecdysiast' in her honor," Abbott says. It's from "ecdysis," a word for the process of shedding one's own skin, snake-style.

Yet the overriding sense she left audiences with was that of "a stripper who puts on more than she takes off -- and uses her wit to entice people."

"The idea of turning performance into desire," Abbott says, was central to her allure. "She really understood that people wanted most what they'd never have."

'So Volatile, And So Erratic'

Between her sister, who would find fame as the actress June Havoc, and a mom who'd be immortalized as one of the most monstrous stage mothers in showbiz history, Gypsy Rose Lee -- born Rose Louise Hovick in 1911, in Seattle -- grew up in a legendarily dysfunctional family. Abbott says digging through their correspondence was "the most interesting, and the most wrenching, part of the research."

"It was so volatile and so erratic," she says. "In one note, [Mama] Rose would be telling Gypsy how much she loved her, and please forgive her for the awful past. And in the next note she'd be threatening to blackmail her, for all the dark and secret things she'd done before she became famous."

The dynamic was brutal.

"Those girls were abused, in a way," Abbott says. "They didn't have any schooling; they were not brought to doctors or dentists. Their mother pitted them against one other, and taught them to trust no one but her. Especially men -- there was a whole theme of distrust of men running through that family."

Later in life, June Havoc (who died in 2010, at age 97) said "pretty frankly that her mother was mentally ill," Abbott says, "and that today there would be help for her."

'She Told Herself That She Was Pretty'

Gypsy Rose Lee was a fantasy, a construct, a self-created persona -- and a spur-of-the-moment one, too.

"Gypsy was nothing if not calculating," Abbott says. A burlesque headliner fell ill -- or got herself arrested, depending on the account -- and Louise "told the manager that she could fill in his missing lead, strip scenes and all."

Then Rose Louise Hovick sat down in the dressing room, and introduced herself to the celebrity she wanted to be.

"She started speaking to herself in the mirror," Abbott says. "She told herself she was pretty, and was going to be a star."

The rest is history -- although not, as Abbott notes, an uncomplicated one.

"Gypsy the person had a really conflicted, tortured relationship with Gypsy Rose Lee the creation," the author says. "She was forever caught between her humble roots and her ambition to be accepted by the cultural [and] literary elite. She loved Gypsy Rose Lee because it brought her all these things she wanted -- fame, and money, and security -- but she also loathed the limitations of her creation. She sort of lived in an exquisite trap that she herself had set."

It was a seriously exquisite trap, though. A poll hailed her as more popular than Eleanor Roosevelt. Life magazine said she was "the only person in the world with a public body and a private mind both equally exciting." During World War II, no fewer than 10 regiments selected her as their sweetheart.

"She somehow touched everybody," Abbott says.

A 'Sunnier, More Optimistic' Version Of A Rough Life

What most people know of her, though -- from the Broadway musical Gypsy, and its various film and television adaptations -- is largely fiction. 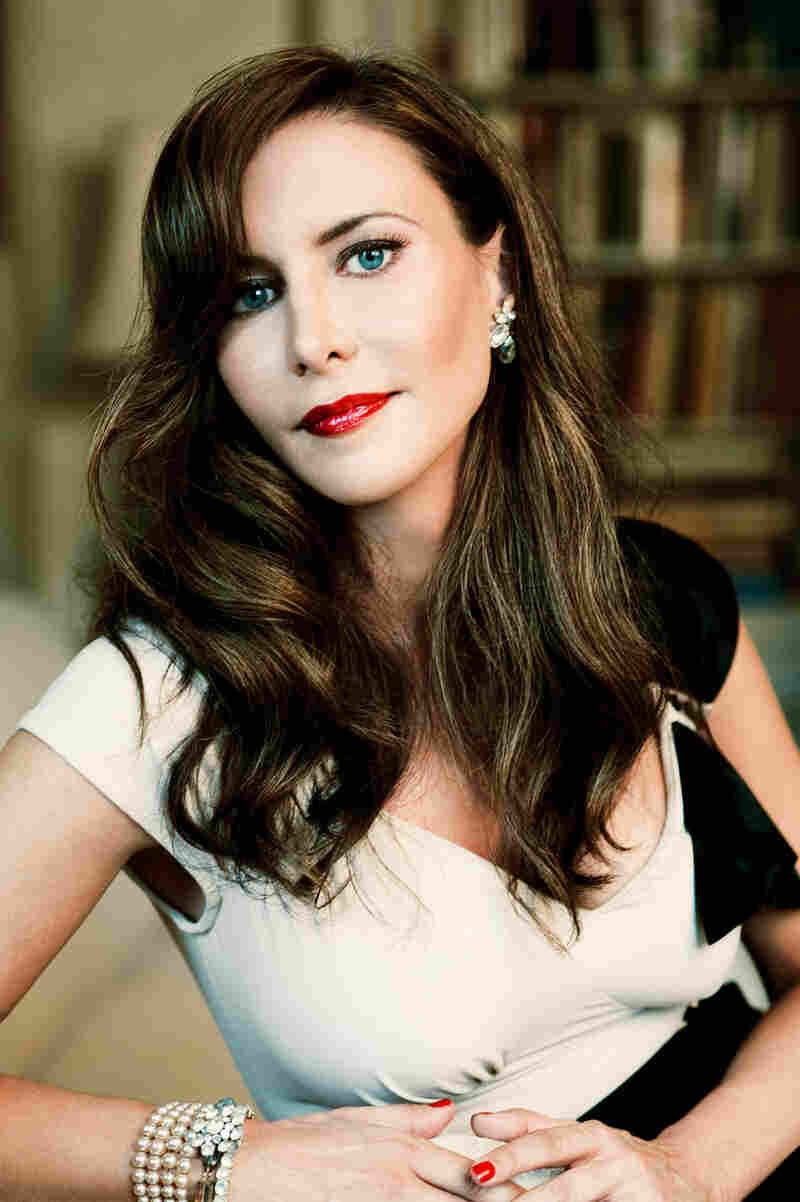 Karen Abbott's Sin in the Second City is the story of the people and the politics around Chicago's Everleigh Club, "the most famous brothel in American history." Gilbert King hide caption

The musical's Mama Rose is erratic and ambitious, Abbott notes -- a woman who wants the best for her daughters, and goes a little mad, pushes too hard.

"In real life, their mother was not somebody who had their best interests at heart all the time," Abbott says. "I think Gypsy's way of coping ... was to make it a joke, as she did with many things. ... She didn't think anyone would actually believe the real story, so she made her mother a joke."

The most famous stripper since Salome -- and the funnier of the two by far -- Gypsy Rose Lee would occasionally refer to herself as a prude. That, her biographer says, was not a joke.

"She had a very complicated relationship with sex," Abbott says. "She didn't consider herself to really be a sexual person, but here she is being held up as a sex object. She was a prude, in the sense that she did not want to expose herself -- and that's both literally and figuratively."

In performance, she'd never turn away from the audience.

"She did not want anyone to see her from the back side," Abbott says. "And she had a very complicated costume arrangement -- she didn't want people to see her tricks, how she kept everything together and how she removed everything so smoothly.

"It was prudery, but it was also private -- she was a very private person."

And yet she was a voracious writer. In a Brooklyn writers' colony -- in the company of serious literary lights including W.H. Auden and Carson McCullers -- she drew on her showbiz experience for a novel called The G-String Murders. The book became a best-seller. She and McCullers became good friends.

Abbott's response to her subject was more complicated.

"My feelings toward her changed as I wrote the book," she confesses. "I felt sorry for her; I admired her. I was terrified of her; I wanted to be her friend. I never wanted to see her, or run into her anywhere. It was sort of all over the place."

Still, Abbott says, she has to acknowledge that Gypsy Rose Lee was "a true original."

"She was very much her own creation, and I hope that comes across," Abbott says says, "especially in this age of manufactured celebrity. ... I mean, who else but Gypsy Rose Lee would get a telegram from Eleanor Roosevelt" -- the first lady who came second in that popularity poll -- "saying, 'May your bare ass always be shining'?"