Accessibility links
A Disturbing Motif: Online Manifesto, Mass Shooting Anyone with a computer and an Internet connection can get a creepy glimpse into the psyche of Jared Loughner. Like several gunmen in mass shootings in the digital era, the alleged Tucson shooter maintained an active Internet presence. 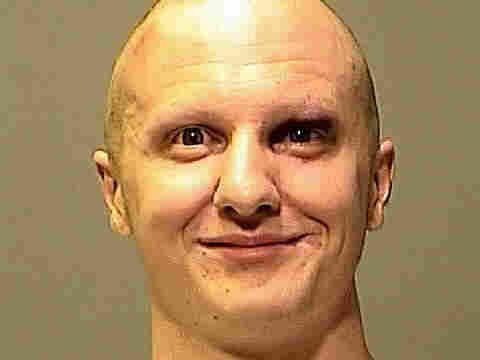 As the authorities sort out motives from emotions in the Arizona shooting rampage, one aspect of the multiple-tragedies event is clear: Jared Loughner, the alleged gunman, had an active Internet presence.

Like many people nowadays, Loughner, 22, has lived a public life. He reportedly had a MySpace page -- which has been removed since the Jan. 8 shootings -- and a YouTube Channel, under the user name Classitup10.

Anyone with a computer and an Internet connection can see remnants of Loughner's online existence and get a creepy glimpse into his psyche. You can read his abstruse personal philosophy in his text-laden videos. You don't have to wait for his manifesto to be released by the FBI or published by The New York Times. You can go to YouTube.

Loughner's YouTube profile page, created in October 2010, lists several schools and colleges. He names his favorite books, including Animal Farm, To Kill a Mockingbird, The Phantom Tollbooth and Mein Kampf.

One of his videos, titled "Hello," has been viewed by more than 1.5 million people, all but a handful of them since the shooting. It begins: "Hello, my name is Jared Lee Loughner. This video is my introduction to you! My favorite activity is conscience dreaming; the greatest inspiration for my political business information. Some of you don't dream -- sadly."

He writes: "I know who's listening: Government Officials, and the People. Nearly all the people … aren't aware of mind control and brainwash methods."

Like many people nowadays, Loughner, 22, has lived a public life. He reportedly had a MySpace page — which has been removed since the Jan. 8 shootings — and a YouTube Channel, under the user name Classitup10, that is still viewable.

Another, called "Introduction: Jared Loughner," has been seen by more than 1.2 million YouTubers. Full of incoherent "facts" and illogical syllogisms, the video has an eerie Twin Peaksish soundtrack. "The argument to call me a terrorist is Ad hominem," Loughner writes. "What's government if words don't have meaning?"

This is becoming a disturbing recurring motif -- online manifestos followed by mass shootings. Eric Harris, one of the gunmen in the Columbine High School shootings of 1999, maintained a vast and varied Internet persona. He created a website about music and games, and he posted screeds and threats and instructions on how to build bombs.

In 2006, a Canadian gunman, who had uploaded pictures of himself posing with a rifle and blogged that he enjoyed an Internet game based on the Columbine shootings, opened fire at a Montreal college -- killing one and wounding 19 -- before turning the gun on himself.

George Sodini, who went on a shooting rage at a Pittsburgh fitness center in August 2009, had a self-examining blog and several YouTube videos. That same year, posts lauding suicide bombers and bearing the name "NidalHasan" showed up on the Internet. In November, Maj. Nidal Malik Hasan allegedly killed 13 people and wounded 30 others at Fort Hood in Texas.

Seeing that there is often a pattern of behavior in which an angry, demented or ultraviolent person goes visibly crazy on the Internet before committing atrocities in real life does raise the question: Is there a way to reverse the chain of events? Could an online community or any close observer of the Internet prevent another Tucson-style tragedy? 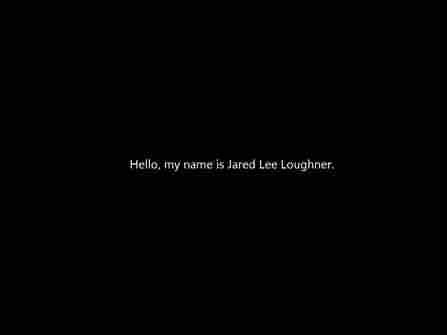 At YouTube, 35 hours of videos are uploaded every minute. Victoria Grand, YouTube's policy director, says the uploads are not prescreened. The company relies on the community of viewers to determine which videos are appropriate or inappropriate. Videos in violation are removed.

But Mark Potok of the watchdog website Hatewatch doesn't think digital vigilance can always ward off disaster. "There are many crazy people in this world," Potok says. "If we or the government were trying to monitor them, we would do nothing else. I get e-mails every single week of my life -- people are being followed, their TV is talking to them, they are under surveillance."

Hatewatch is a wing of the Southern Poverty Law Center that got its start watching the Ku Klux Klan. Today it monitors, according to its website, more than 900 "known groups operating across the country, including neo-Nazis, Klansmen, white nationalists, neo-Confederates, racist skinheads, black separatists, border vigilantes and others."

Potok says Hatewatch focuses on groups. "As a practical matter and as a matter of First Amendment principles, we can't be tracking any one person."

After the fact, Potok says of Loughner, "We knew nothing of him until the shooting."