Accessibility links
Meredith Monk: A Voice For All Time Reacting to the vocal acrobatics of 19th-century opera, Monk's vocal music draws inspiration from the clarity of medieval and folk traditions. The result is a sound that feels both ancient and new. 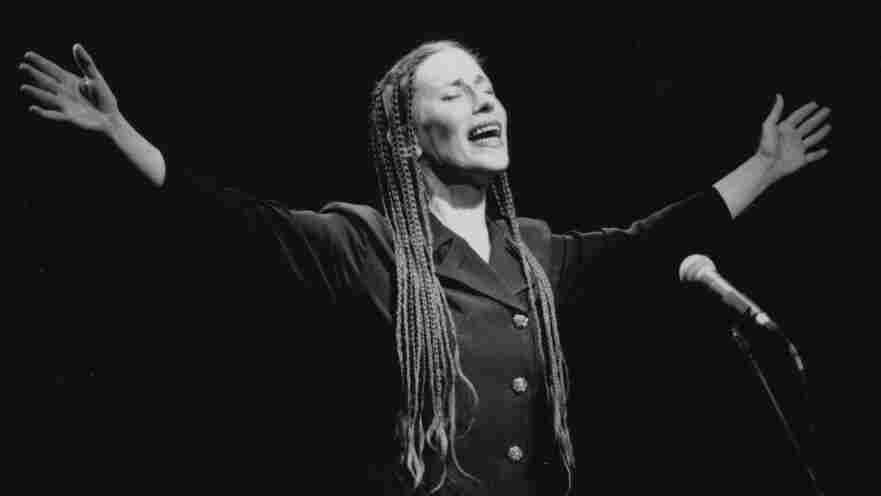 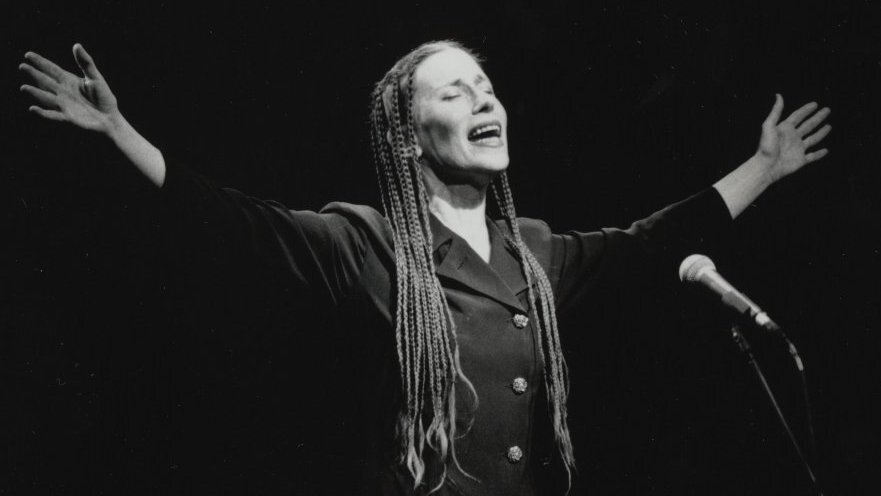 When I think about Meredith Monk, I think of her alone, on a stage bereft of instruments or props or other people. Whether in a cavernous concert hall or in a tiny club, the vision of her lone self is dramatic. With a slight tilt of the head and a grounding of the body, she opens her mouth and begins to sing. In this simplest of actions, she reveals extraordinary power.

When Meredith Monk first came on the scene in the mid-'60s, complexity dominated concert music. There was metric modulation, retrograde inversions of tone rows, and combinatoriality. Composers demanded huge orchestras to assault their audiences, and prided themselves on impossible scores. Vocal music was no different: virtuosic and acrobatic, with extended techniques pushing singers into unnatural territory. 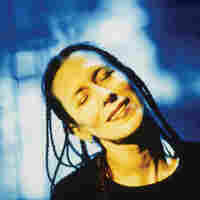 Monk changed all that. Working with the most basic human utterances, her vocal music immediately sounded fundamental, as if it had always meant to exist, both archaic and brand-new. Over the years, she's created a body of music everyone can respond to: little kids, devotees of rock and pop music, people around the globe. How many composers achieve such real boundary-crossing?

After a Meredith Monk concert, a common first impulse is to try to sing what you just heard. Try, for instance, one of her "Click Songs," in which the simple hummed tune alternates with clicks of the tongue on the roof of the mouth. It sounds easy to do, but it's impossible to replicate. Monk has spent decades refining these techniques and training her instrument. She teaches her work to other singers through a long, involved process, but the end result seems easy, and her relaxed playfulness onstage contributes to that effect.

Meredith Monk's music has been linked to the sacred vocal works of Hildegard von Bingen, the 12th-century mystic abbess and composer. It's often been said that Monk's voice can sound simultaneously ancient and new. She certainly belongs to a group of singer/composers who reacted to the vibrato-laden ornate antics of 19th-century opera, and sought to return to the clarity found in medieval ars nova and chant, as well as Eastern European folk traditions. I remember the poet Robert Pinsky once saying that if you want true inspiration, don't look back one generation or even two, but delve way back into the distant past, to the origins of language and art. Monk has created timeless music.

She's also written large-scale works, among them her 1992 opera Atlas and the more recent Songs of Ascension and Impermanence, both for multiple voices with instruments. But the intimacy and clarity is always there, imbued with the immediate power of her own single voice.