Accessibility links
'Consoler In Chief': Tough Role In Partisan Times After a tragedy, many Americans look to the president for reassurance. "Consoler in chief" is an important part of the job, and done well, such efforts can be unifying for the nation. But in today's hyperpartisan political climate, those moments can be hard to pull off. 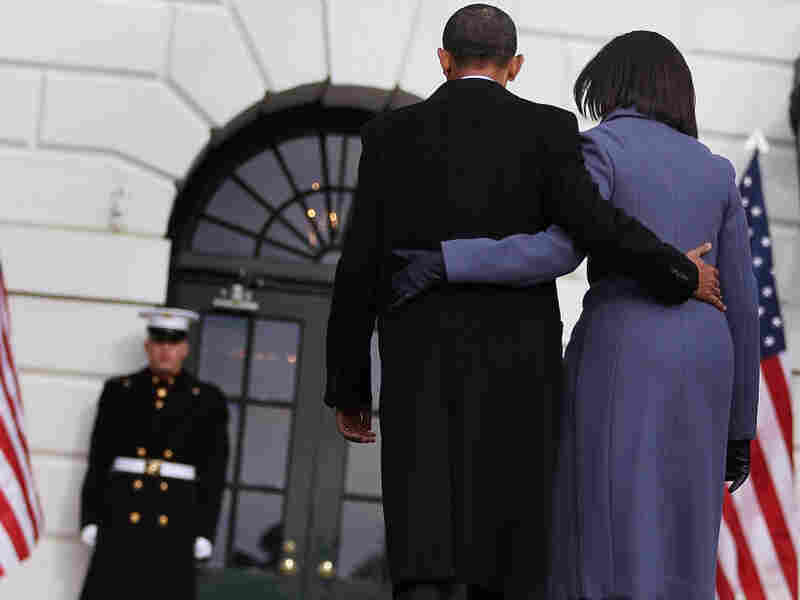 The Obamas depart Monday after observing a moment of silence to honor those killed and wounded during Saturday's shooting in Tucson, Ariz. Mark Wilson/Getty Images hide caption 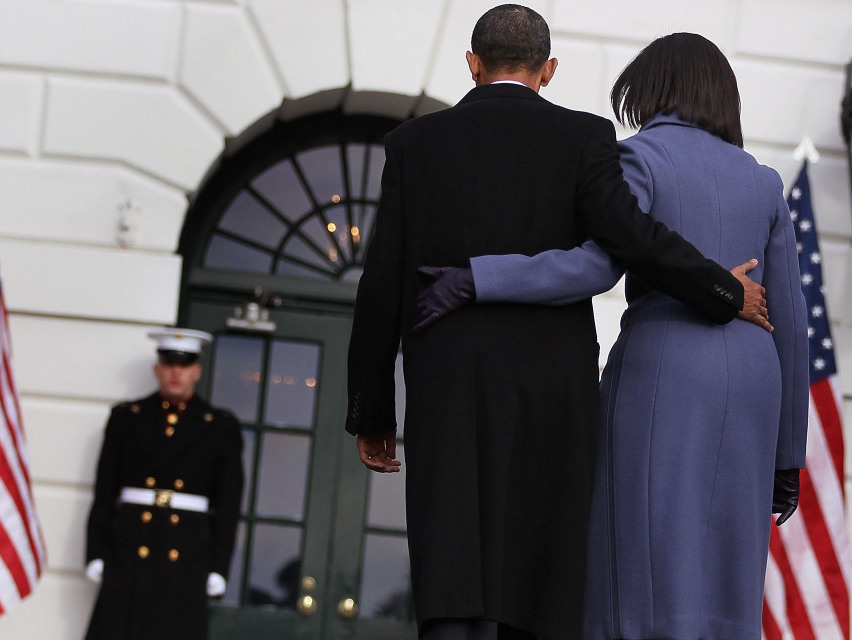 The Obamas depart Monday after observing a moment of silence to honor those killed and wounded during Saturday's shooting in Tucson, Ariz.

The White House is making plans for President Obama to visit Tuscon, Ariz., in the aftermath of the deadly shooting there, although a person familiar with the president's schedule tells NPR that the details of Wednesday's visit were still being worked out.

In the past, presidents have been able to unify the country during moments like these. But in today's hyperpartisan political climate, even those potentially unifying moments can be hard to pull off.

Many Americans look to the president for reassurance in times of tragedy. At these times, he is the "consoler in chief." Ronald Reagan, for example, performed this role beautifully in his speech honoring the astronauts who died when the space shuttle Challenger blew up in 1986.

"We will never forget them, nor the last time we saw them, this morning, as they prepared for their journey and waved goodbye, and slipped the surly bonds of Earth, to touch the face of God," he said.

George W. Bush had an impromptu but affective moment as he shouted through a bullhorn on top of a pile of rubble at the World Trade Center site in September 2001: "I can hear you, the rest of the world hears you, and the people who knocked these buildings down will hear all of us soon." 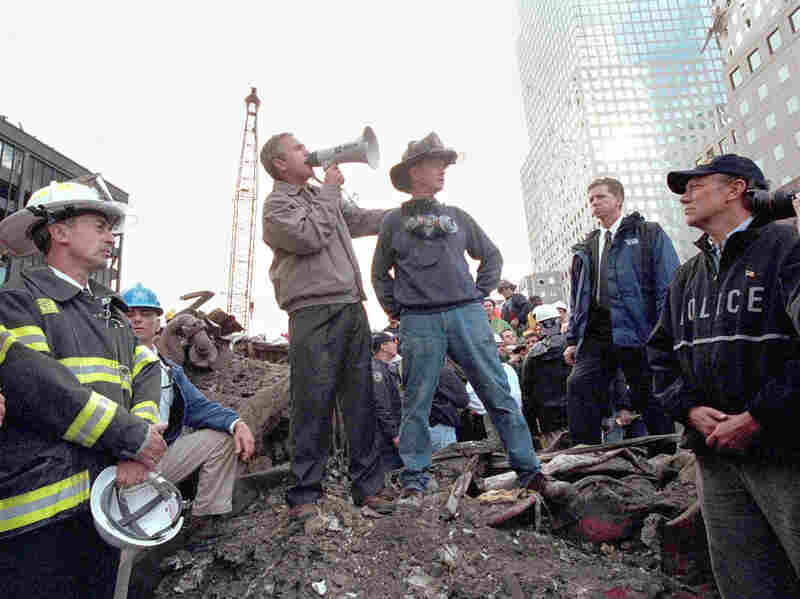 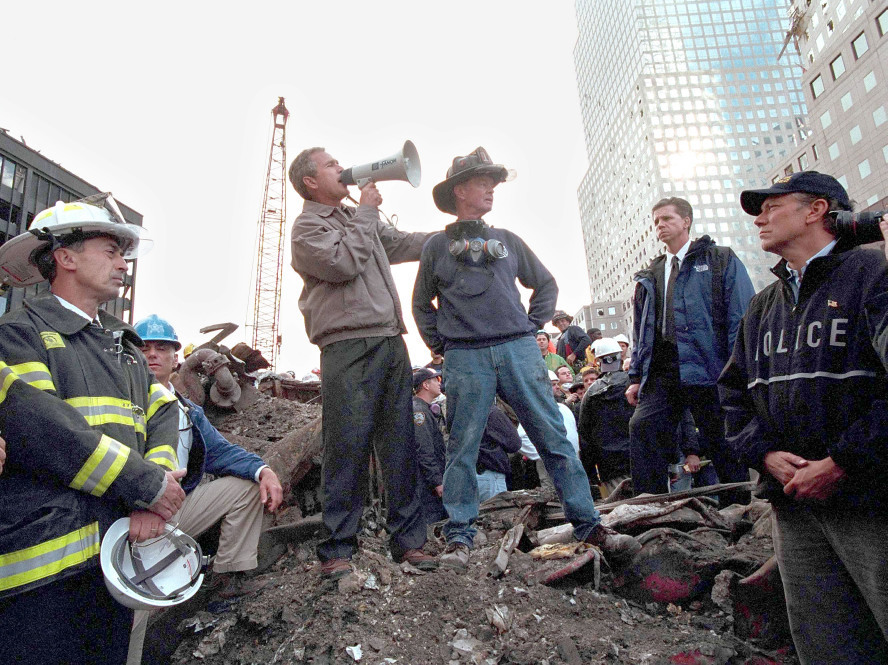 Reagan spoke after a terrible accident; Bush after coordinated terrorist attacks. But in 1995, President Bill Clinton faced a situation more similar to the one Obama faces today: an attack on federal employees at the Alfred P. Murrah building in Oklahoma City.

Clinton's speech is widely viewed as helping him politically. But that wasn't clear at the time, says his press secretary, Mike McCurry.

"There was some sense that that was a moment that really allowed him to say things that the whole country felt, and that was the first time since the 1994 election that he'd had an opportunity to do that. So it was, in retrospect, critical," McCurry says. "But at the moment, it was just such an awful tragedy that you didn't really stop to think about what is the impact going to be politically."

Of course, McCurry says, that's not possible anymore -- in a time when we chew up and spit out political ramifications more quickly than 16 years ago. Already people are writing about Obama's "Oklahoma City moment."

"The only way you get any political advantage from a terrible moment like this is by not trying to take political advantage of the moment," McCurry says. "You can't, I mean, because then everything looks so incredibly phony and it's done for the wrong purposes, and the only things that make these presidential moments truly powerful is when they are completely authentic." 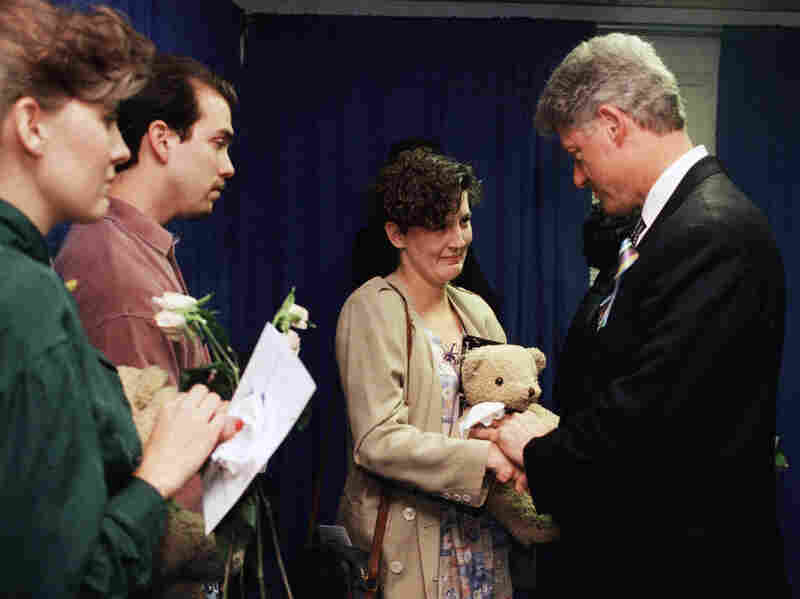 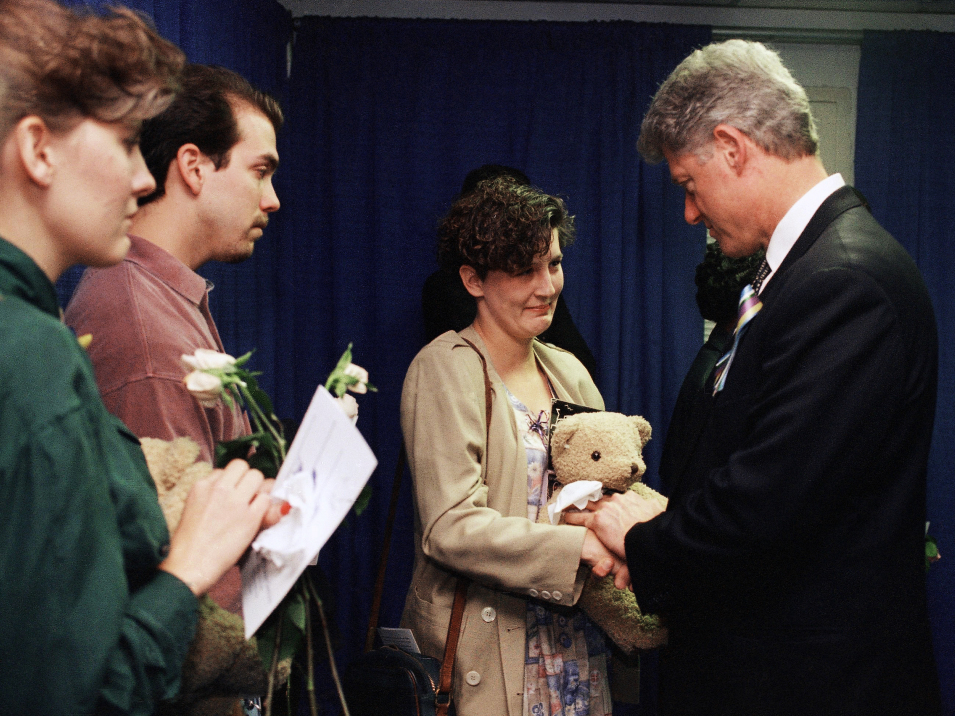 'What The Country Really Needs'

At the memorial service, Clinton didn't suggest conservative talk show hosts were in any way responsible for the bombing, but he did make the connection in other remarks.

"They spread hate," he said. "They leave the impression by their very words that violence is acceptable."

Liberal commentators have wasted no time blaming the Arizona shootings on a climate of hate created by the right. And conservative voices pushed back: Talk show host Rush Limbaugh accused the media of trying to engineer an Oklahoma City bombing for Obama.

McCurry says that's an area where the president should tread carefully -- if at all.

"The conversation already beginning, about the culture of discourse that we have in this country, will lead in the wrong direction if it becomes a sole point of how we consider this," he says. "The important thing is to focus on what the country really needs. ... The country really needs the president to give voice to things that we all feel."

At the White House on Monday, Obama suggested he would be speaking at a memorial service in Arizona and made it clear he understands the task before him.

"It's going to be important, I think, for the country as a whole, as well as the people of Arizona, to feel as if -- that we are speaking directly to our sense of loss, but also speaking to our hopes for the future and how, out of this tragedy, we can come together as a stronger nation," he said.

It's a tall order, even for an oratorically gifted president, in today's hyperpartisan climate -- one in which every word, phrase and gesture is dissected for its possible political benefit.