Accessibility links
Dick Winters, 'Band Of Brothers' Inspiration, Dies The heroics of the retired Army major and the men he led in World War II, the 101st Airborne's famed Easy Company, were recounted in the HBO miniseries. Winters, who had been living in rural Pennsylvania, was 92. 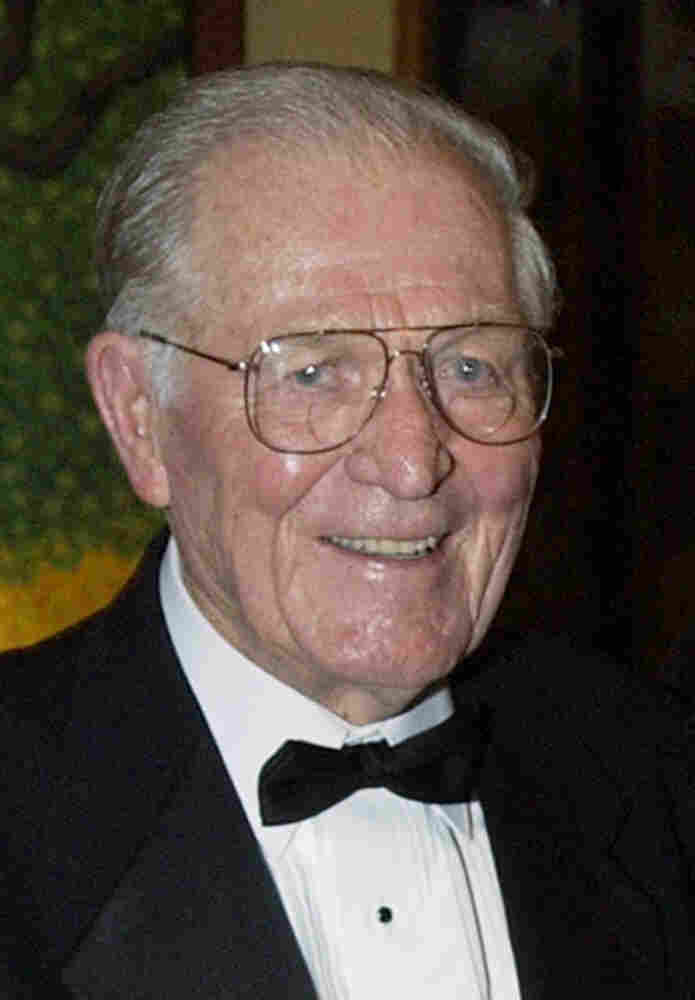 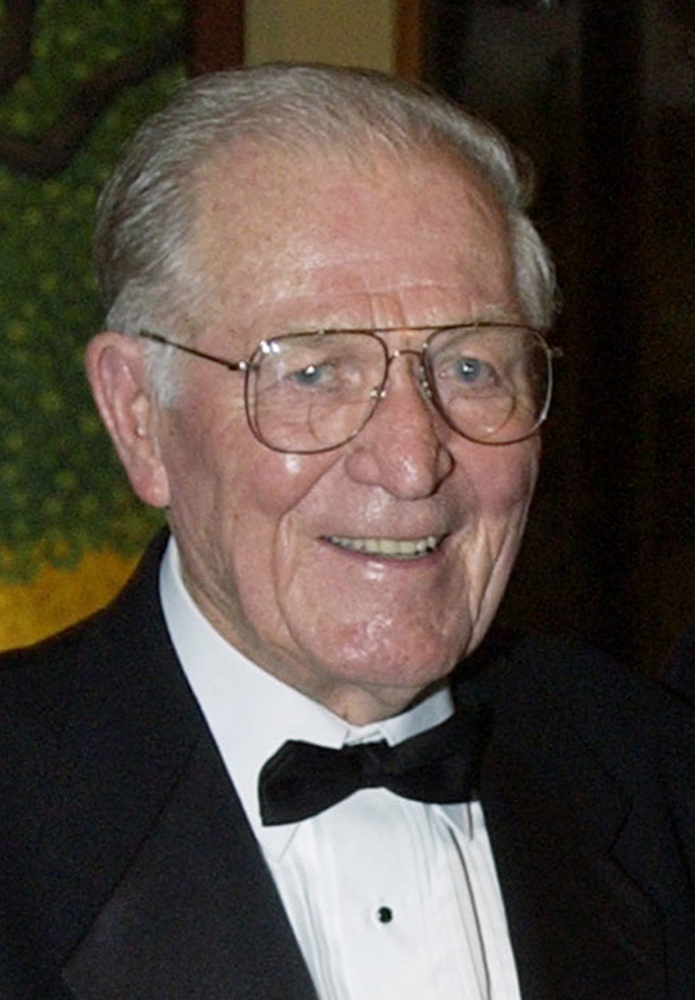 Maj. Richard "Dick" Winters, shown in a Sept. 22, 2002, photo, died Jan. 2 in central Pennsylvania, a family friend confirmed Monday. He was 92. Winters' quiet leadership was chronicled in the book and television miniseries Band of Brothers.

Dick Winters, the man whose heroics in the Army's 101st Airborne Division during World War II were chronicled in the HBO series Band of Brothers, has died. He was 92.

Up until the fall of 2001, Winters was a little-known retired major living in rural Pennsylvania. That's when the HBO series aired, and 10 million people watched the first night.

The series, based on a book by historian Stephen Ambrose, tells the story of Winters and the soldiers he led -- the men of E Company, 2nd Battalion, 506th Parachute Infantry Regiment, or Easy Company.

"I'd go through hell with him, no question about it. We all had the same feeling about him, too, I'll tell you," said Clancy Lyall, who served as a private in Easy Company under Winters. "Everything we had to do, he was there right with us. He wouldn't run, you know."

Winters led from the front. Some of his soldiers were amazed he survived the war.

On D-Day, Winters led an attack on a German gun battery, destroying the weapons firing at the American troops on Normandy's Utah Beach. He and his company liberated a Nazi concentration camp and later captured Hitler's mountaintop retreat. He was awarded the Distinguished Service Cross, the second-highest award for valor.

But Winters always played down his heroism. In the HBO series, he recalled a question that a fellow veteran was asked by his grandson. Here's how Winters told it: " 'Grandpa, were you a hero in the war?' Grandpa said, 'No, but I served in a company of heroes.' "

Kingseed recalls what Winters told him after the manuscript was completed: " 'Wars don't make men and women great. But it sometimes takes wars to bring out the greatness in men and women.' "

Winters wasn't sure he would live through the war. He told writer Stephen Ambrose that he knelt down and prayed after D-Day. That comment inspired a scene in Band of Brothers.

Portraying Winters, actor Damian Lewis says, "If somehow I manage to get home again, I promised God and myself that I would find a quiet piece of land someplace and spend the rest of my life in peace."

Winters found that quiet piece of land. He bought a farm outside Hershey, Pa., where he spent the rest of his life.