Accessibility links
'Lights Out': A Total Knockout Of A Boxing Drama The new FX series Lights Out centers on a retired heavyweight boxer contemplating a comeback. TV critic David Bianculli says the intense boxing drama may end up being the best new dramatic series of 2011. 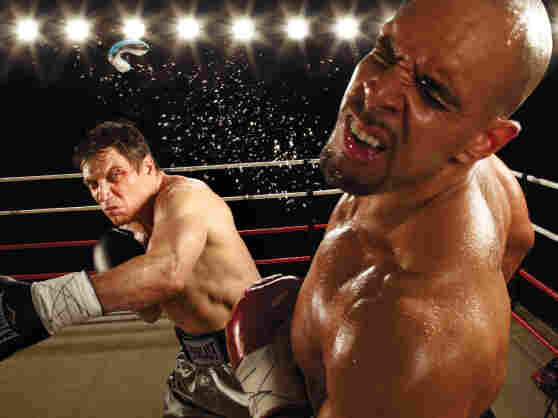 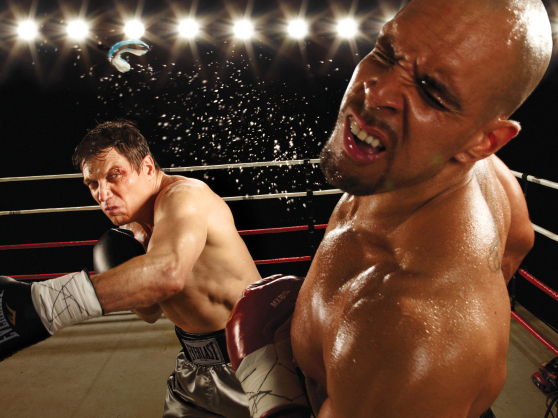 Holt McCallany plays Patrick Leary, a retired boxer itching to make a comeback in the new FX drama Lights Out.

I'm not sure what's going on here, but I definitely approve. In the first week of 2011, the Showtime cable network gave us the premiere of Episodes, the Matt LeBlanc comedy that may end up being the best new comedy series of the year. And now, in the second week of 2011, FX gives us Lights Out -- which may well end up, 50 weeks from now, as the best new drama series of the year. This much fresh quality television, so early in the year -- I've never seen anything like it. But I love what I'm seeing.

Lights Out, on the surface, has the same basic template as The Fighter, the recent movie starring Mark Wahlberg. That film is about a boxer, his chance at a title shot, and the tough-as-nails, hot-tempered, loose-cannon family that's in his corner -- for good and for bad. It's the same premise in Lights Out, except this time there are other issues involved -- like money and mobsters.

Lights Out is created by Warren Leight, who ran season two of In Treatment for HBO. His more significant credit -- and one that applies more directly -- is that he wrote the fabulous Tony Award-winning play Side Man, about a jazz musician and his son. That play really dived into family dynamics in a big way, while also exploring -- and explaining -- an intense type of artistic dedication. And what Side Man did for jazz, Lights Out does for boxing.

The star of the TV series is Holt McCallany, playing heavyweight champ Patrick Leary. In the opening scene, his wife Theresa (Catherine McCormack) begs him to retire after a brutal loss in the ring. He does, and the series cuts to five years later. Patrick's ex-boxer brother, played by Pablo Schreiber, is now his business manager, and their father runs a local boxing gym that Patrick bought with his prize money. But that money -- as Patrick admits to his dad, played by a perfectly crusty Stacy Keach -- has all dried up. 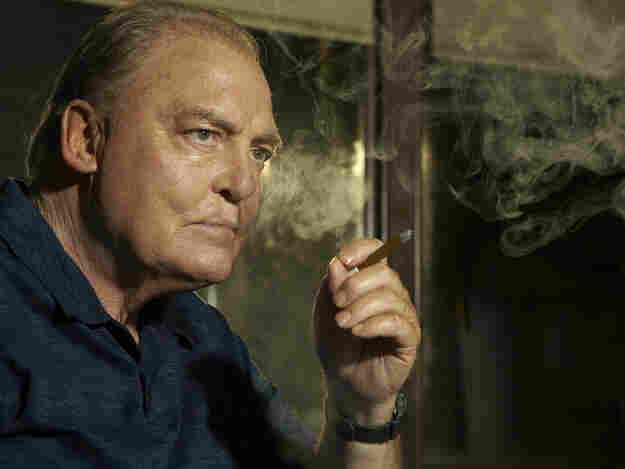 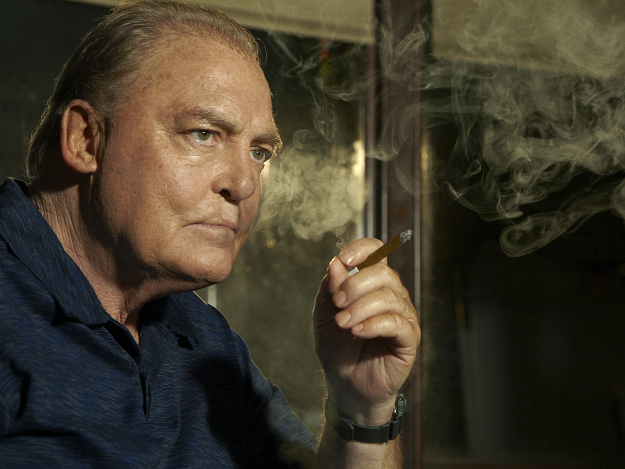 McCallany is totally believable as the former heavyweight; the actor has real experience as a boxer, which is obvious, but he's also got the weary credibility of someone who's been through a lot. For the same reason, I love that Keach was cast as the father. He played a washed-up boxer in Fat City, a movie made way back in 1972, and every line in his face seems to be acting the part.

The rest of the supporting cast -- the unsavory characters who help, hurt or tempt along the way -- is just as good. Some of the actors are from The Wire or Oz. Others -- like Bill Irwin, who's usually clowning around, but plays it menacingly straight here as a white-collar mobster  -- are impeccably, inventively cast.

FX sent out all 13 episodes of this first season for review, and it's obvious why. They keep getting better and better, and the path to the hoped-for comeback bout is anything but straightforward. Each episode ends, at the closing credits, with a boxing-ring bell going off, like it's signaling the end of another round. And often, based on what you've just watched, it feels that way. You'll want to head back to your neutral corner and take a rest. Not only after the scenes that take place inside the ropes, but all of them. Lights Out is that intense -- and that good.