Accessibility links
Joe Lovano Us Five: Live At The Village Vanguard How do you play the highly distinctive compositions of Charlie Parker while sounding like yourself? The monster tenor saxophonist gives it a shot with his double-drummer band Us Five. 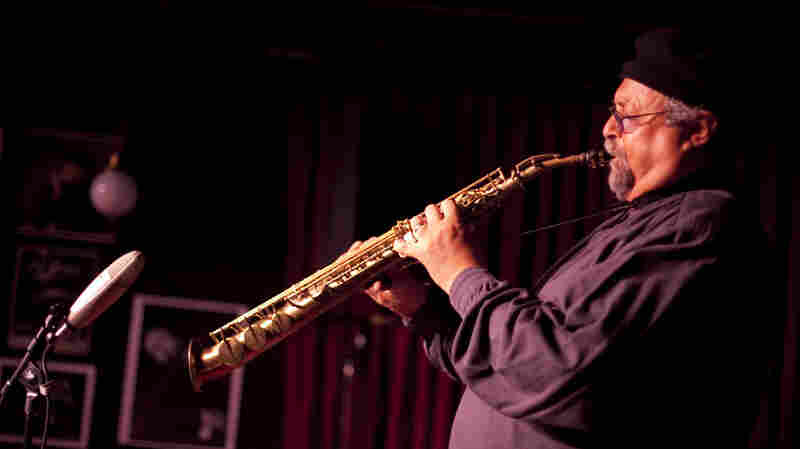 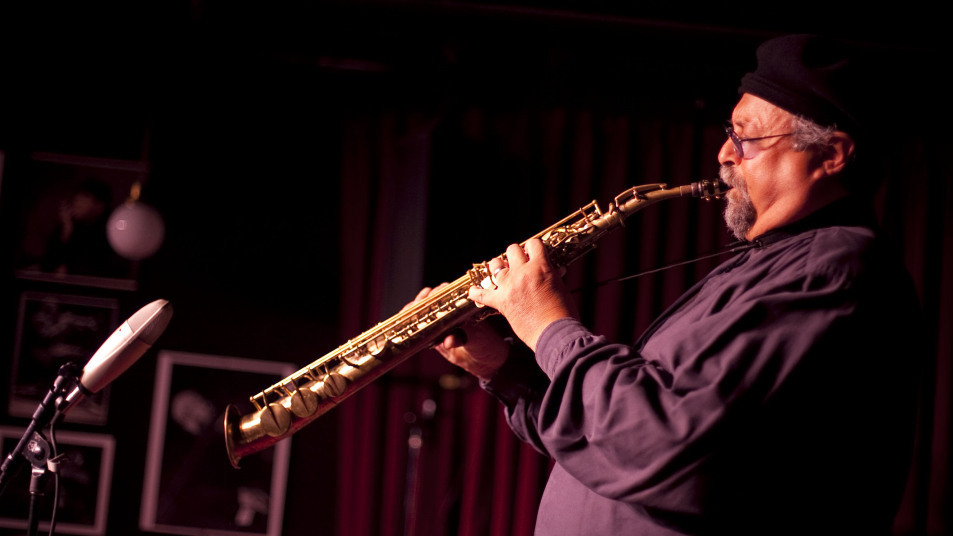 How do you play somebody else's songs and still sound like yourself? It's a central challenge of jazz — so often an art of interpretation — and it's especially difficult to answer with Charlie Parker's compositions. Dense and virtuosic, they often sound as if they originated in his distinctive style of improvising.

But the saxophonist Joe Lovano has given it a shot. His current working band, the loose double-drummer unit Us Five, has issued Bird Songs, a new record of tunes from the Charlie Parker songbook. And it sounds very little like the way Parker played his music. The Joe Lovano Us Five played selections from that record in a live WBGO/NPR Music broadcast and online webcast from the Village Vanguard on Wednesday, Jan. 12, at 9 p.m. ET.

Now a few years old, Us Five has enjoyed a lot of time on the road to develop its sonic identity. Lovano, a monster player in all directions, is the central focus on tenor saxophone and other strange saxes. But he swims amid the interplay of drummers Otis Brown III and Francisco Mela (replaced on this gig by Matt Wilson), plus the additional lean muscle of pianist James Weidman and bassist Esperanza Spalding. And their collective take on Charlie Parker is a sort of 21st-century expressionism. It's Bird re-painted with broad strokes — Bird as a point of departure for a personal vision — and it's got a churning engine behind it.

Lovano was raised in Cleveland, Ohio, where his father was a tenor saxophonist. He eventually took the lessons of the Cleveland clubs to Berklee College of Music, and then New York City. Lovano quickly found his way into everything between organ trios with Dr. Lonnie Smith and Brother Jack McDuff and big bands led by Woody Herman or Mel Lewis. He counts guitarists Bill Frisell and John Scofield as peers, collaborators and friends; he's one of the musicians of their generation to reach international stardom. Bird Songs is his 22nd record for Blue Note Records alone.

Lovano has long been in the regular rotation at the Village Vanguard; he once played in the Monday-night house jazz orchestra, and he's even made two albums there under his own name. In fact, he played in the long-running trio with Frisell and Paul Motian in one of the early editions of this Live at the Village Vanguard series. As for Us Five, it's already spent a few weeks at the Vanguard in recent years; for this residency, the group took the stage with some new additions to the repertoire.