Accessibility links
The Puzzling Demise Of Arkansas' Red-Winged Blackbird Scientists who examine creature die-offs in the wild say Arkansas' blackbird demise seems different from others in the past five years. 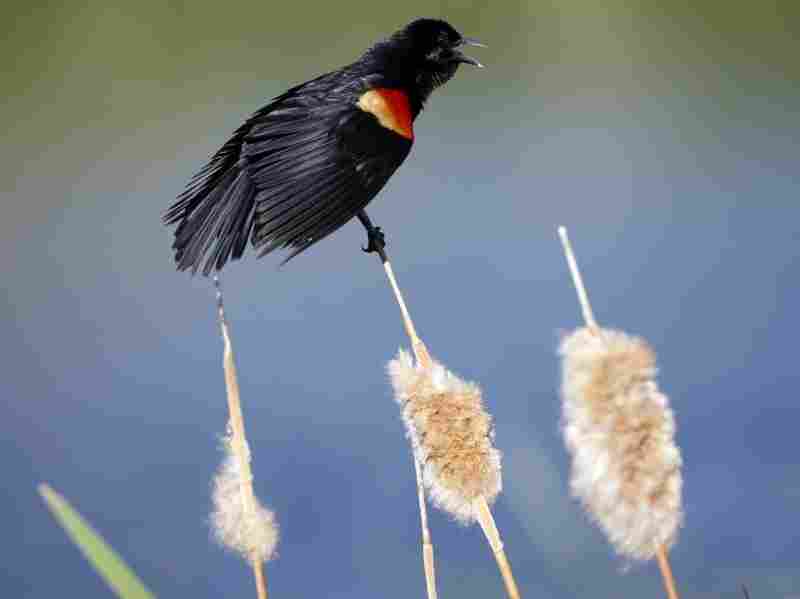 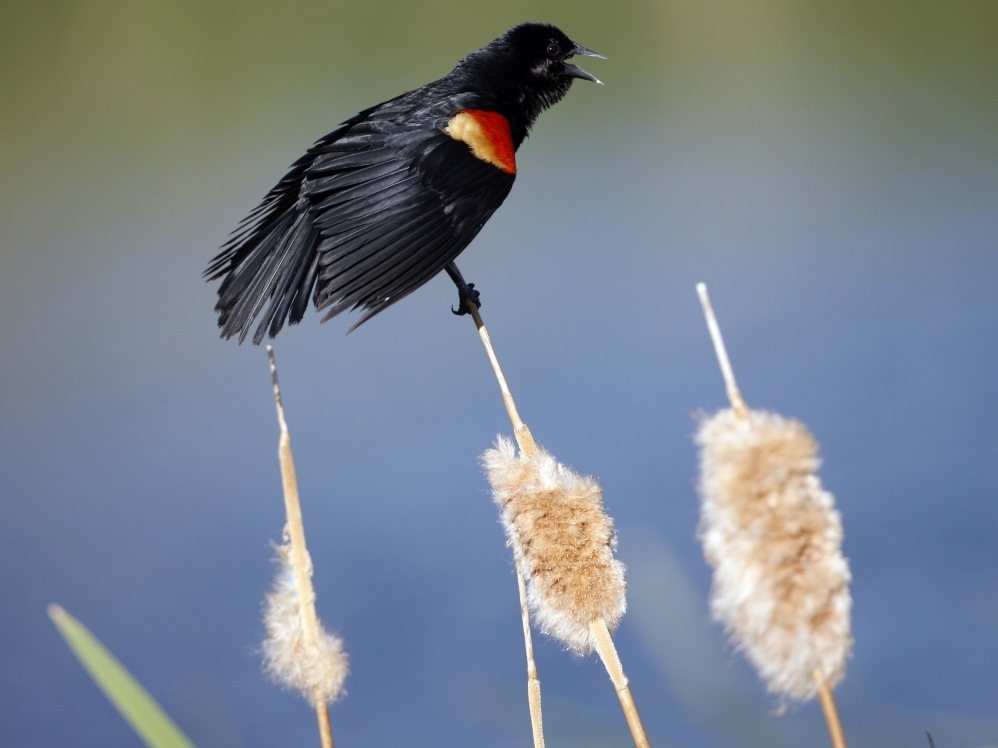 Recent back-to-back incidents of thousands of plummeting blackbirds from Arkansas and Louisiana skies have raised concern and theories about what caused their deaths.

Scientists in a Madison, Wis., lab are investigating both cases, working to unravel the sometimes puzzling demise of all sorts of creatures.

The National Wildlife Health Center is a no-frills brick complex that's all but camouflaged by the prairie and woods that surround it. The center is a branch of the U.S. Geological Survey, a few miles from the state capitol.

Although there are similar regional and university-based programs around the country, this is the only federal institution dedicated exclusively to wildlife health research.

The branch chief, Scott Wright, says he is pretty sure few people knew of the lab, until the dramatic death of thousands of blackbirds in Arkansas on New Year's Eve.

The lab's scientists started examining some of the dead birds a few days later.

'What Went Wrong In The Wild'

The Wildlife Health Center deals primarily with dead creatures. And Wright, a former marine mammal pathologist, says it attempts to figure out what went wrong in the wild.

"We have sea otters," Wright says. "That's probably the one marine mammal we work the most with. We have staff here that were on the ground when Exxon Valdez occurred. They were out there conducting necropsies on all sorts of things."

Most carcasses from around the country are shipped to the center.

To make that happen, Wright says its investigators visit state wildlife management agents and biologists, as well as biologists at the federal and tribal levels responsible for managing wildlife.

More From NPR On Blackbird Die-Offs

Arkansas Mysteries: Why Did Thousands Of Fish, Birds Die?

"Most of these events occur in very rural, remote areas where these folks work," Wright says. "So they know to call us and say, 'Hey, we have this die-off, can you please help?' "

Below ground is the necropsy lab where the scientists perform the animal version of an autopsy. Inside the lab, pathologist David Green is working on bird intestines.

Green doesn't work exclusively with birds. He spends a great deal of his professional time focusing on amphibian diseases.

Nobody, not event Wright, is allowed inside this necropsy suite or any of the labs. Spectators have to stand behind thick windows.

Green exudes professional contentment as he works. Later in the lab library, Green, who is sporting an impressively groomed handlebar mustache, says, "The diversity [of the center] is just incredible. I still vividly remember the first time I was asked to dissect a pelican."

Green says every creature, whether exotic or not, is treated to the same thorough examination.

The center has been analyzing 15 other blackbird die-offs over the past five years. And its scientists say the recent Arkansas die-offs seem different from the other cases.

While the lab waits for final test results, it's also fielding numerous calls from people who say they may challenge those results.

Still, the scientists here say the findings will be backed by 35 years of scientific expertise.