Accessibility links
The New Republic: A Need To Reform Mental Health Many commentators have suggested that alleged Arizona gunman, Jared Loughner, is mentally ill -- and some are spooked by how little was done to help him. In the wake of the shootings, William Galston of The New Republic argues that involuntary commitment requirements should be lowered.

The New Republic: A Need To Reform Mental Health

The New Republic: A Need To Reform Mental Health 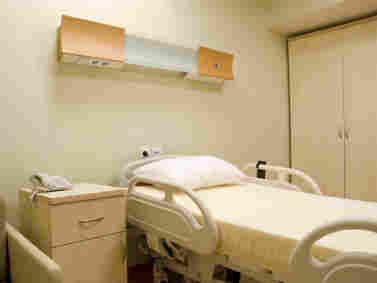 Many have noted the distinct possibility that alleged gunman Jared Loughner is mentally ill, leading some to worry that not enough was done to help him. iStockphoto.com hide caption

William Galston is a former policy advisor to Bill Clinton and current senior fellow at the Brookings Institution.

Warning label: This article will make civil libertarians unhappy. Read at your own risk.

We are embroiled, alas, in a politicized argument about the slaughter in Tucson. While most of the charges being flung about rest on a scanty basis (at best), the most important and least contestable facts are getting lost: Jared Lee Loughner was mentally ill when he pulled the trigger, there were multiple signs of his descent into delusion over the past year, and no one did very much about it.

To be sure, the authorities at Pima Community College finally suspended him after five contacts with the police and conditioned his return on clearance from a mental health professional. Police delivered the letter of suspension to Loughner's home and talked with him and his parents. We do not know what happened next. Perhaps his parents tried to persuade him to seek help and were rebuffed; perhaps they were reluctant to have further involvement with the authorities; perhaps they were too confused or conflicted even to try. In any event, there's no evidence that he did receive treatment, and according to college officials, he did not attempt to return to school.

The bottom line: No one was legally responsible for taking the next step, and they might well have hit a wall if they had. According to an article in the San Francisco Chronicle, the director of the Urgent Psychiatric Care Center in Phoenix said that in the absence of specific threats, parents or authorities might well have failed to meet the tests for involuntary commitment under Arizona law, which resembles laws in most states as well. Liz Rebensdorf, a retired psychologist and an official in the National Alliance for the Mentally Ill, said, "Unless there's a crime committed, it's very difficult to force someone into treatment." For someone delusional who's bent on mayhem, that's too long to wait.

The story repeats itself, over and over. A single narrative connects the Unabomber, George Wallace shooter Arthur Bremmer, Reagan shooter John Hinckley, the Virginia Tech shooter -- all mentally disturbed loners who needed to be committed and treated against their will. But the law would not permit it.

Starting in the 1970s, civil libertarians worked to eliminate involuntary commitment or, that failing, to raise the standards and burden of proof so high that few individuals would meet it. Important decisions by the Supreme Court and subordinate courts gave individuals new protections, including a constitutional right to refuse psychotropic medication. A few states have tried to push back in constitutionally acceptable ways, but efforts such as California's Laura's Law, designed to make it easier to force patients to take medication, have been stymied by civil rights concerns and lack of funding.

We need legal reform to shift the balance in favor of protecting the community, especially against those who are armed and deranged. This means two changes in particular. First, those who acquire credible evidence of an individual's mental disturbance should be required to report it to both law enforcement authorities and the courts, and the legal jeopardy for failing to do so should be tough enough to ensure compliance. Parents, school authorities, and other involved parties should be made to understand that they have responsibilities to the community as a whole, not just to family members or to their own student body. While embarrassment and reluctance to get involved are understandable sentiments, they should not be allowed to drive conduct when the public safety is at stake. We're not necessarily cramming these measures down anyone's throat: I've known many families who were desperate for laws that would help them do what they knew needed to be done for their adult children, and many college administrators who felt that their hands were tied.

Second, the law should no longer require, as a condition of involuntary incarceration, that seriously disturbed individuals constitute a danger to themselves or others, let alone a "substantial" or "imminent" danger, as many states do. A delusional loss of contact with reality should be enough to trigger a process that starts with multiple offers of voluntary assistance and ends with involuntary treatment, including commitment if necessary. How many more mass murders and assassinations do we need before we understand that the rights-based hyper-individualism of our laws governing mental illness is endangering the security of our community and the functioning of our democracy?