Accessibility links
Will The Housing Bust Create New Rust Belts? The South and West may become the Rust Belts of the 21st century, according to a new study from the Mortgage Bankers Association. It says the economies in these regions — in places like California and Florida — may never fully recover from the burst of the housing bubble. 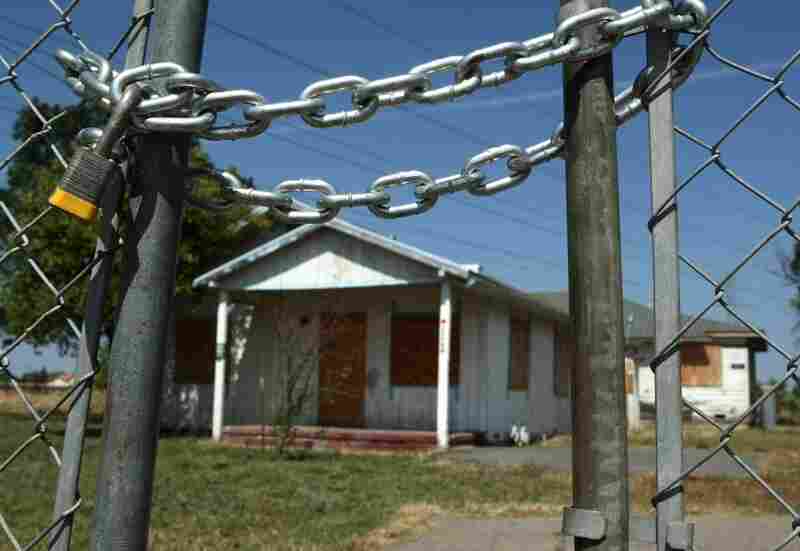 Places in California, including Stockton, are pocked with abandoned homes, like this one in 2008. Justin Sullivan/Getty Images hide caption 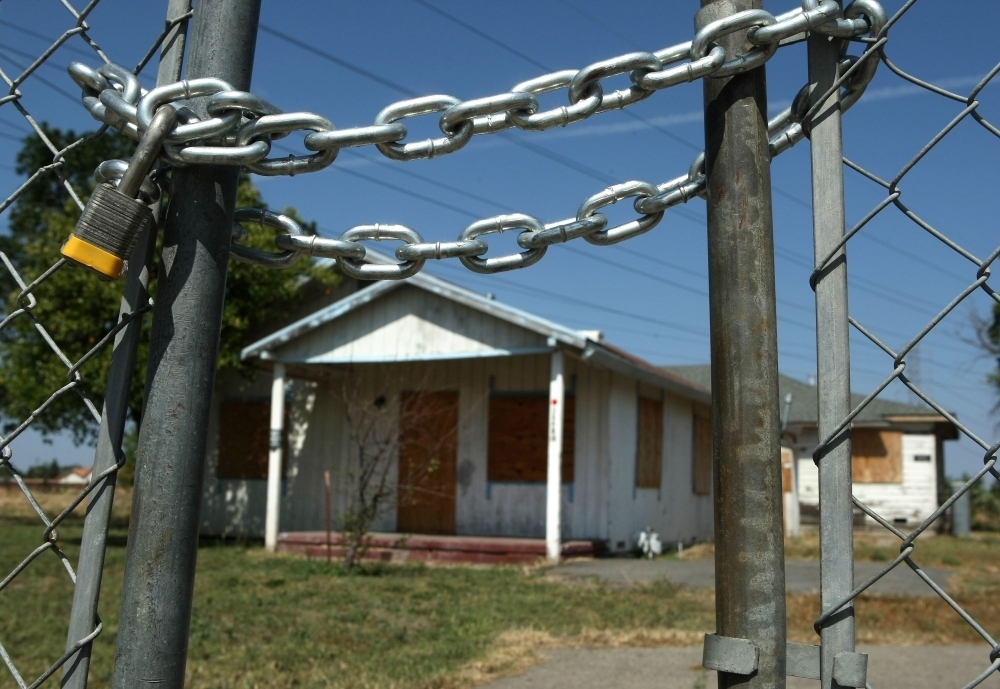 Places in California, including Stockton, are pocked with abandoned homes, like this one in 2008.

Realtor Jody Velto has run out of fliers for the two-family home she's trying to sell in an Upland, Calif., development.

It's fared comparatively well despite the fact that Upland is in San Bernardino County -- one of the hardest-hit communities in California. The area was devastated from 2007 to 2009 during the great housing crash.

Buyers are actually showing up to open houses. That happy experience -- especially in places like Southern California, with lots of homes on the market -- is still the exception to the rule. But if buyers keep stepping forward, it could keep parts of San Bernardino County from becoming the overdeveloped ghost towns that are real estate agents' worst nightmares.

New Rust Belts In The South And West?

A new study released by the Mortgage Bankers Association's Research Institute for Housing America says the most recent recession may make many regions around the country -- especially in the South and West -- the Rust Belts of the 21st century. The burst housing bubble may mean the economy in those places never fully recovers.

"The story's not over," cautions study author Jim Follain, an economist and senior fellow at the Nelson A. Rockefeller Institute of Government at the State University of New York in Albany. "But my sense is the demand drop [for residential housing] is persistent ... and for some of these places, it will be a long time before they fully recover."

Follain says a look at how Rust Belt cities recovered -- and in many cases didn't -- might give useful insights into what happens to more recently overbuilt parts of the United States.

The causes may be different -- the departure or failure of cities' corporate base in the Rust Belt, or the foreclosures and short sales that occurred when the prime loan scandals wrecked the market for overbuilt communities in the Sun Belt and elsewhere. But the result is the same: There are lots of houses standing empty.

"The case for owner-occupied housing won't be as strong in some of these areas because expectations for appreciation for the capital gains are going to be lower," Follain says.

In other words, your house will be your house -- not an ATM with a chimney.

A Long Slow Recovery For The Lucky Ones

"I think the real estate markets, at least in some of the worst-hit residential areas -- especially in, say, Central and Southern California, are going to be hobbled for at least a generation," says John Wasik, a columnist for Reuters and the author of The Cul-de-Sac Syndrome, which outlines how the current housing mess will haunt the American economy for years to come.

"Lenders have really clamped down, so it's going to be a lot harder to buy a house -- certainly harder than it was, say, five years ago," he adds.

Not only will there be fewer buyers for more houses, but buyers will be more picky because there will be so much supply.

Both Wasik and Follain say lax lending and overbuilding are two of the primary culprits in the current crisis. Too many careless lenders made buying a home almost as easy as buying a car.

"Many people financed without any down payment at all," Wasik notes. "So, those are the people who had no economic stake whatsoever in staying in those properties and subsequently became part of the foreclosure process."

Suddenly, the Field of Dreams philosophy -- if you build it, they will come -- that had undergirded so much of the construction during the boom left regions with acres of vacant housing. So, places in California, including Stockton, large parts of Riverside and San Bernardino counties and even chunks of San Diego, are now pocked with empty homes and dried-out lawns -- the sure signs of neighborhoods in distress.

If there's any silver lining in the black cloud of the real estate market, Follain says, it's that the downturns can vary from place to place -- even within neighborhoods of a city.

The trick is to choose a neighborhood that looks as if it will hold its value. Picking correctly is more crucial than ever, and it's making both buyers and lenders hesitant to move forward.

"That's the fear, I think: Will my neighborhood be the one that will be particularly slow to recover?" Follain says.

Buyers are going online to research comparable sales in the regions that interest them to guide their search for a house that will hold its value.

Realtor Velto sells her listing in the Upland development during the afternoon of her open house.

She leaves with a big check -- a good-faith down payment from a buyer anxious that the property not be sold out from under her before she returns with more money.

A previous Web version of this story incorrectly identified John Wasik as a columnist for Bloomberg. Wasik is actually with Reuters. 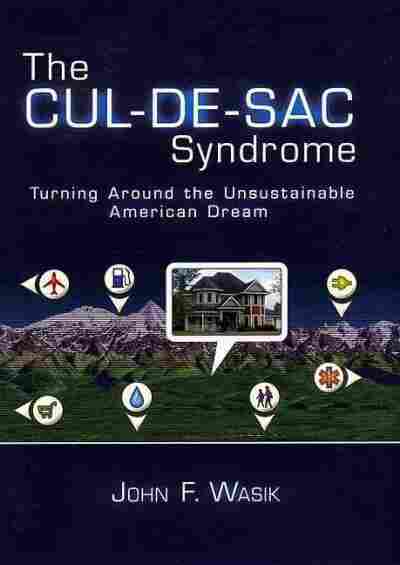 Turning Around the Unsustainable American Dream