Accessibility links
Movie Review - 'Blue Valentine' - For An Off-Kilter Couple, A Romance In Shades Of Rue Derek Cianfrance's bracing domestic drama charts a breakup and a beginning at once, following a volatile relationship as it flowers in the past and wilts in the present. Packed with insight into the ways a relationship can go astray, the film feels like a slow-motion punch to the gut. (Recommended)

In 'Blue Valentine,' A Romance In Shades Of Rue

In 'Blue Valentine,' A Romance In Shades Of Rue 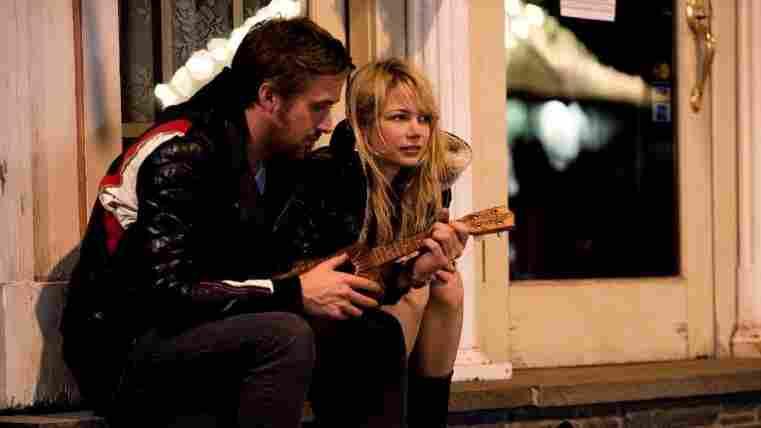 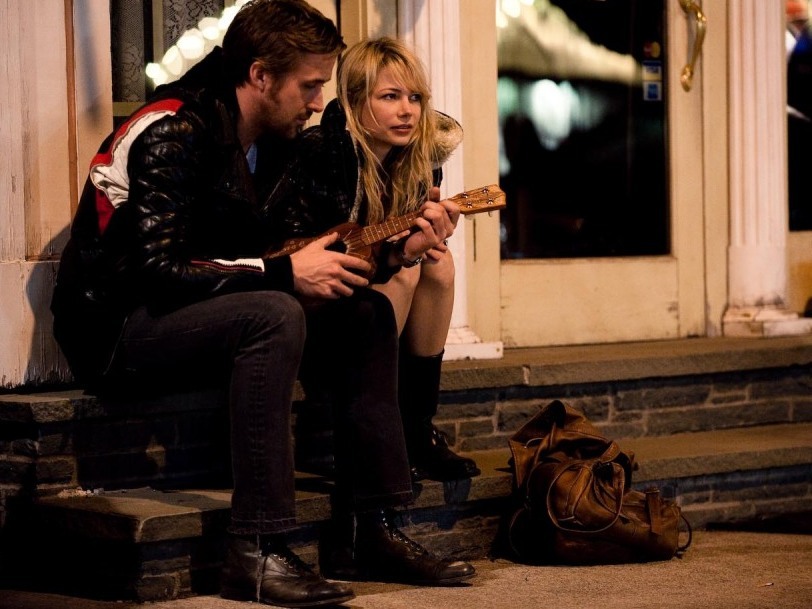 Going back and forth in time, crossing strand over agonizing strand, Derek Cianfrance's Blue Valentine follows a volatile relationship as it flowers in the past and wilts in the present, looking for clues about what went wrong. It sounds like the cruelest sort of dissection, like pulling a butterfly apart by its wings, but Cianfrance and his actors, Michelle Williams and Ryan Gosling, have not made a cold or schematic film. They aim instead for raw emotional experience, one that's full of insight into the ways a relationship can go astray, but mostly feels like a slow-motion punch to the gut.

Taking a page, or maybe a full novella, from John Cassavetes' kitchen-sink melodramas, Blue Valentine amplifies the intensity a notch or two above the expected; it leaves the actors looking bruised and exhausted, like Peter Falk and Gena Rowlands at the end of Cassavetes' A Woman Under The Influence. Sometimes the effect is too mannered -- Gosling, in particular, has a weakness for repeating phrases like Brando or De Niro at their most Method-ic -- but in an independent landscape blighted by Sundance quirk, Blue Valentine unfolds with a directness that's bracing, even shocking.

As it opens, the marriage between Cindy (Williams) and Dean (Gosling) is essentially over, but Dean either doesn't know it yet or perhaps just isn't ready to acknowledge it. In a last-ditch effort to save their relationship, the couple checks into one of those tacky theme hotels for the weekend, hoping to rekindle a flame long since extinguished. Their room is space-themed, with a circular rotating bed affixed to a frame alight like an old Enterprise control panel, but the dark, windowless place is more suffocating than playful. Their attempts at intimacy are worse than obligatory; they're forced and joyless, a reminder that the body isn't detached from the heart.

The structure allows Cianfrance to contrast Cindy and Dean's tortured present-day lovemaking sessions with those of better times, when they shared ecstasies freely and openly. (And with a zeal that originally earned the film an NC-17, until the ratings board wisely reversed itself.)

The passion between these young lovers is incandescent, but even in the best of times, Cianfrance finds the seeds of their destruction. Though Dean grows into a devoted husband and father to their 4-year-old daughter, his chronic immaturity and lack of ambition is apparent from the beginning of the relationship. Cindy just chooses to look past it, just as she does the marital discord within her own family.

Because Blue Valentine announces itself as a breakup movie from the start, the most tender and happy moments between Cindy and Dean tend to be among the most devastating, too. Breakups naturally bring a couple's romantic history rushing to the fore -- the mind plays back the ugly fights and missteps, to say nothing of the sweetest memories -- but in showing us that history as it accumulates, Cianfrance gives the film a heartbreaking resonance. Blue Valentine sets past and present on course for a collision, and measures the full weight of its impact.