Accessibility links
Can Washington Break Its Tax-Break Habit? It's a pattern you see over and over: Congress is more willing to approve tax breaks than direct spending, even though the effect on government coffers is the same. As a consequence, the tax code has grown increasingly complicated -- and the list of those calling for a sweeping overhaul is growing. 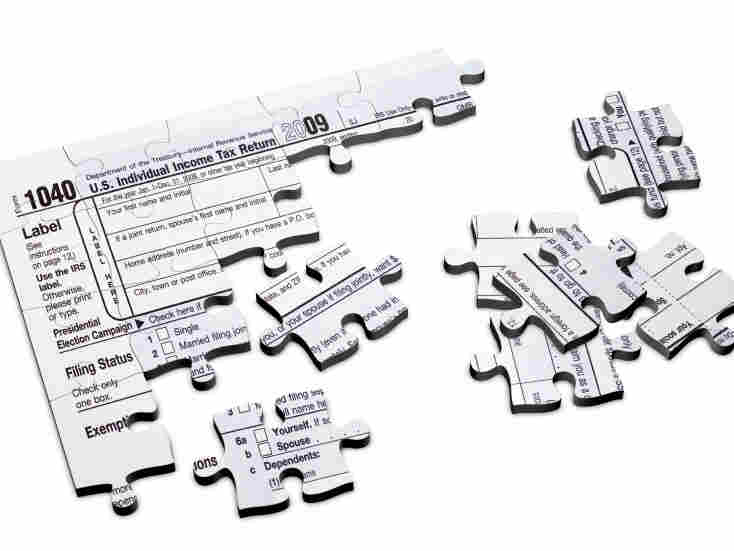 Economists agree that the effort to recalculate the tax system should be guided by the principles of efficiency and simplicity. iStockphoto.com hide caption 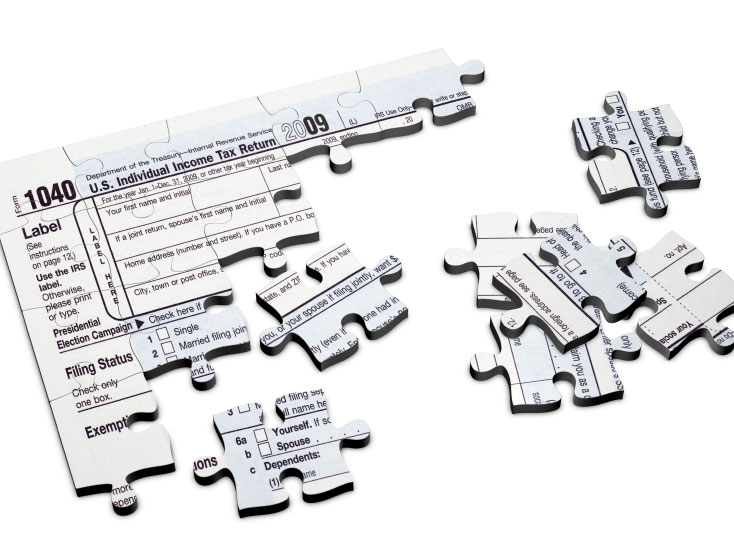 Economists agree that the effort to recalculate the tax system should be guided by the principles of efficiency and simplicity.

The U.S. tax code has grown so complicated, 60 percent of Americans now pay someone else to file their tax return, according to a recent report from the taxpayers' advocate within the IRS.

The message of that report is clear: The most serious problem facing taxpayers, and the agency itself, is the complexity of the tax code.

National Taxpayer Advocate Nina Olson joins a growing list of people calling for a sweeping overhaul of the tax code. The president's deficit commission made a similar recommendation last month.

Laura Tyson, an economist at the University of California, Berkeley, says a hodgepodge of tax loopholes -- or "tax expenditures," as they're known -- not only make filing taxes more complicated; they also cost the Treasury more than a trillion dollars a year.

"There is a general view that tax expenditures have gotten way, way out of hand," she says. "It's a huge drain on the government's budget."

Tyson contributed to some of those tax loopholes when she was an economic adviser in the Clinton administration. The White House wanted to make it easier for low-income students to pay for college. It wound up doing so through a patchwork of tax breaks, even though Tyson says it would have been easier and more efficient for the government to simply give students the money by increasing Pell Grants.

"It was impossible. You were not going to get an increase in Pell Grant spending. The budgetary committees of the Congress were not going to do that. But they were willing to do a new tax credit or more generous tax credit," she says. "And over the years, wrinkles get added to the existing one. It's just relatively easy to get that done."

This is a pattern you see over and over again: Congress is more willing to approve a dollar of tax breaks than a dollar of direct federal spending, even though the effect on government coffers is the same. As a result, politicians try to achieve more and more of their policy goals through the tax code.

Political scientist Christopher Howard of the College of William and Mary says it's a perverse bargain between the two political parties.

"Republicans, in their ideal world, would like major tax cuts and perhaps some spending cuts as well. Democrats still want government to do things. And where they find common ground is they can get government to do things, but by selectively cutting the tax code," Howard says. "It's sort of a convenient Plan B for both parties."

That's why, for example, Congress was able to pass more than $800 billion worth of tax cuts last month in hopes of shoring up the economy, but spending that kind of money to achieve the same goal would have been unthinkable.

For all their good intentions, Howard says, many tax breaks have unintended consequences.

"A lot of these programs are giving benefits to people who don't seem to be needy under most definitions of need," he says. "And [they] are sort of encouraging people to engage in behaviors that may not be optimal for society -- so, they may, in fact, be overinvesting in housing or overpaying for health insurance."

The president's deficit commission recommended doing away with most tax breaks and creating a simpler system with lower rates. But that won't be easy.

As the IRS's taxpayer advocate wrote, the "special interests are us -- the vast majority of U.S. taxpayers." Many will be reluctant to give up their tax breaks on mortgage interest, health insurance or retirement savings.

"Politicians have a tremendous problem asking the middle class to give up something," says tax policy expert Eugene Steuerle of the Urban Institute. But even so, Steuerle thinks the time may be ripe for a rewrite of the tax code.

Steuerle was instrumental in the last big rewrite a quarter-century ago. With the government now deep in the red, he says, something has to give. And doing away with tax breaks could be a good place to start.

"The public doesn't like playing games in the tax system either," he says. "Given a choice between raising rates and removing tax preferences, they tend to favor removing the tax preferences."

A simpler code would give taxpayers more confidence that everyone is paying a fair share. It would also cut down on the 6 billion hours that Americans now spend each year doing tax paperwork.