Accessibility links
Overburdened Food Banks Can't Say No To Junk The slow economy has kicked food banks across the country into high gear, with nearly 50 percent more people needing assistance than in 2006. But with the increasing demand, food banks are finding they can't turn away junk food like soda and candy -- even if it does hungry people no favors. 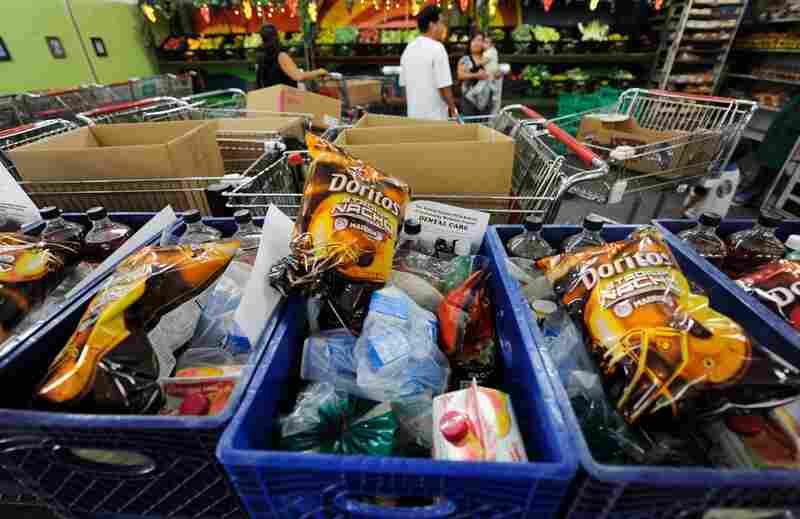 The World Harvest food bank in Los Angeles readies carts full of groceries in September. While food banks leaders are trying to serve nutritional foods, the increasing demand has made it tough for them -- so they're still dishing out junk food and soda even if it does hungry people no favors. Kevork Djansezian/Getty Images hide caption 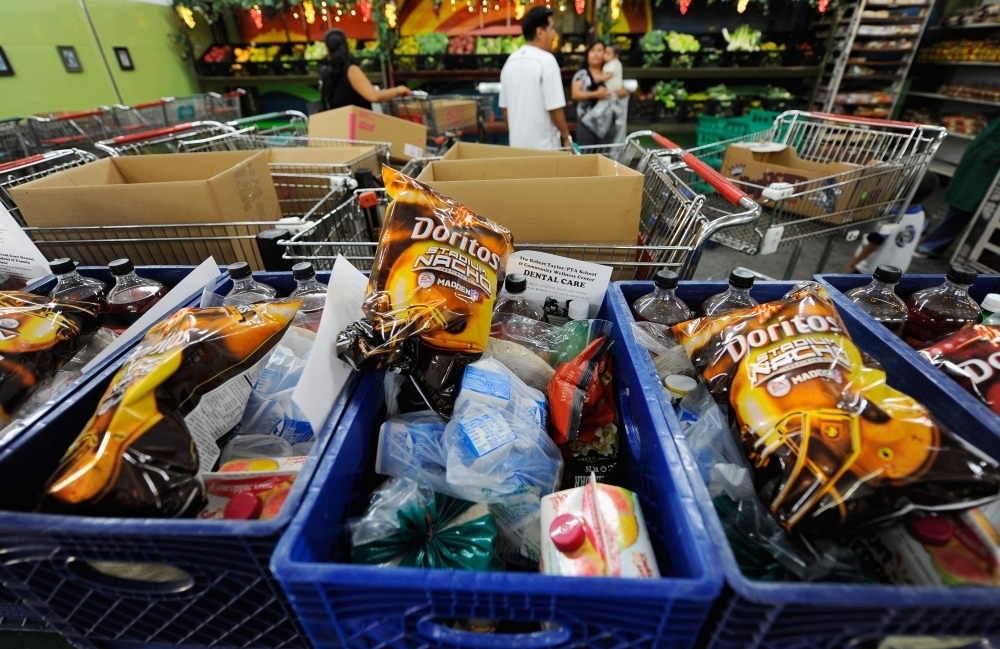 The World Harvest food bank in Los Angeles readies carts full of groceries in September. While food banks leaders are trying to serve nutritional foods, the increasing demand has made it tough for them -- so they're still dishing out junk food and soda even if it does hungry people no favors.

A slow economy has forced food pantries and soup kitchens into high gear, with nearly 50 percent more people depending on them since 2006. And while food banks around the country struggle to meet the increased demand, they’re also pushing themselves to focus on what they're feeding people, not just how much.

However, junk food is becoming the unwanted house guest that food banks just can't say "no" to.

"We do not turn away those types of items," says Tasha Kennard from Second Harvest Food Bank of Middle Tennessee. "So if we receive candy or sodas of any type, we do sort them and we make them available to our agencies."

Along with all the staple items, boxes of generic soda make their way to soup kitchens and emergency food pantries, like Nashville's Ladies of Charity.

Marion Ford grabs two grocery bags filled with eggs and milk, plus a few treats. Ford is a good example of why food banks are getting concerned about nutrition.

"Five grandchildren I’m raising, me, myself and my husband," she says. "He's diabetic and has a heart condition. I have problems myself. I have diabetes. I have blood pressure. But I still go on."

Dr. Mary Flynn, a nutritionist at Brown University, says the rate of obesity is higher in the low-income population because of what she calls the hunger/obesity paradox. High-calorie, low-nutrition foods tend to be relatively inexpensive, so it's not unusual for hungry people to also be overweight, she says.

Flynn says food banks do no favors dishing out the same cheap fare available at a corner store, particularly soft drinks. But even as a board member of a food bank in Rhode Island, she can't get the organization to completely refuse soda.

"I was told that, 'Well, we give it out because if we don't take it, we won't get other food from people when they're distributing it,' " she says.

Much of the junk food comes from grocery stores, which donate old or damaged products. But food bank leaders like Second Harvest's Jaynee Day are reluctant to get picky with their biggest donors because they get good stuff from retailers, too, like chicken and ground beef.

"Now, does that come with also some nonperishable food items that probably aren't on the top of our list? Sometimes that does occur," she says.

Steps In The Right Direction

Food bank leaders still acknowledge the responsibility to watch what their clients are eating. Feeding America, a national umbrella group, has set a five-year goal to get 75 percent of what's distributed classified as nutritious. 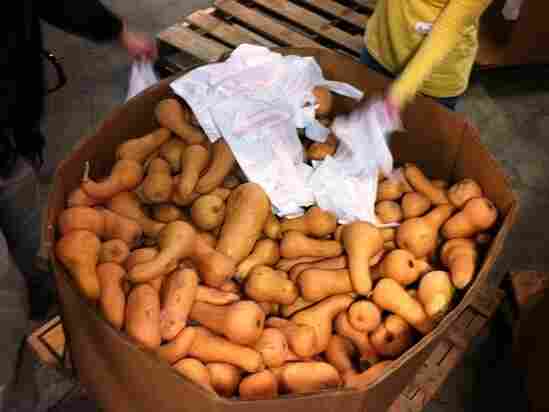 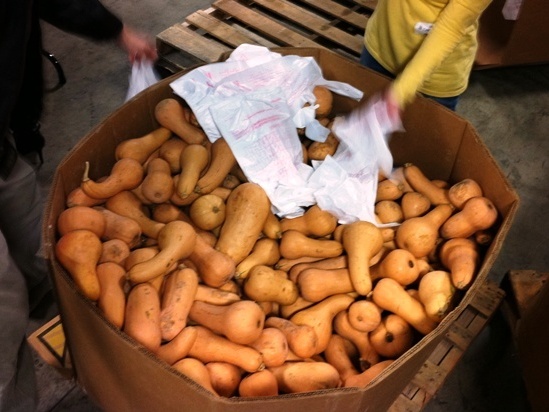 To make up for the sweets and soda they have trouble saying "no" to, many food banks are loading up on things like fresh produce -- even if it means more work.

Volunteers in Nashville pick through 50 pallets of butternut squash donated by a local farmer. They have to move fast before mold starts to set in.

"Our advisory committee said, 'If it’s within a 10 percent margin in price, we would prefer the healthier, low-sodium goods,' " Stampas says.

Healthful eating is often a choice of quality over quantity. And since food banking is a volume business, any decision that results in less instead of more takes nerve, especially when the need is so great.

Stampas says half of the food pantries and soup kitchens in New York City had to turn away people last year for lack of food.