Accessibility links
New Gene Test For Parents Screens For Nearly 500 Rare Childhood Diseases A powerful new test screens parents' DNA for hundreds of genes that are linked to inherited childhood diseases. The test, which costs less than $400, would let parents know if they both carry genetic mutations that could put a future child at risk.

A newly developed test could screen would-be parents for hundreds of different disease genes, to make sure they are not passed on to any future children.

The test's makers say it should cost less than $400 and that routinely offering it to prospective parents could someday eliminate many deadly childhood diseases.

"We definitely want it to be pre-pregnancy. We do want it to be couples," says Stephen Kingsmore, a physician-researcher at Children's Mercy Hospital in Kansas City, Mo., who led the team that developed this new test. "I think it's going to be a personal decision, whether a couple wants to be tested." 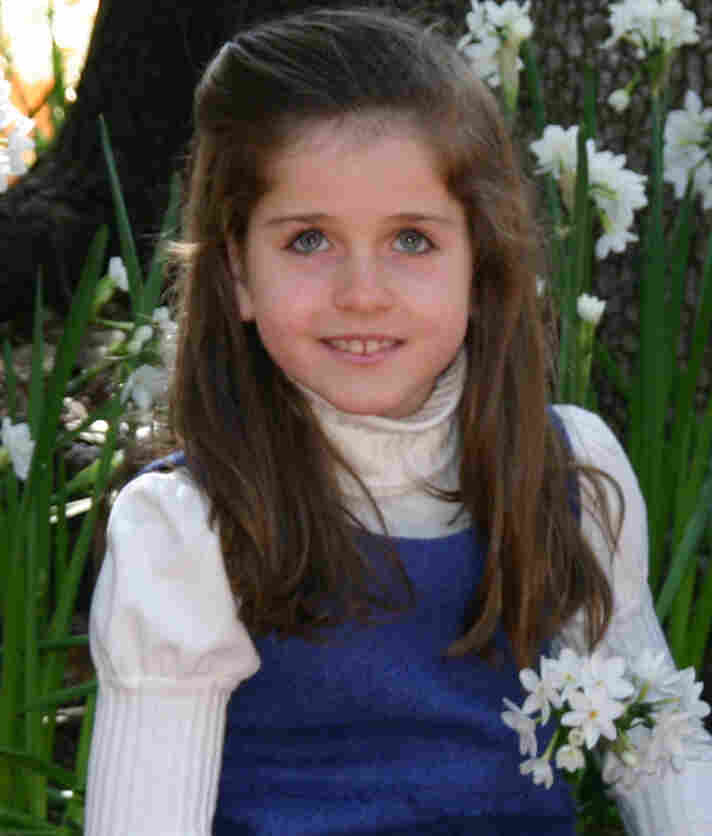 It was Christiane Benson's diagnosis with juvenile Batten disease in 2008 that inspired her parents to start the Beyond Batten Disease Foundation and to develop the universal carrier screening test. Courtesy of Charlotte Benson hide caption 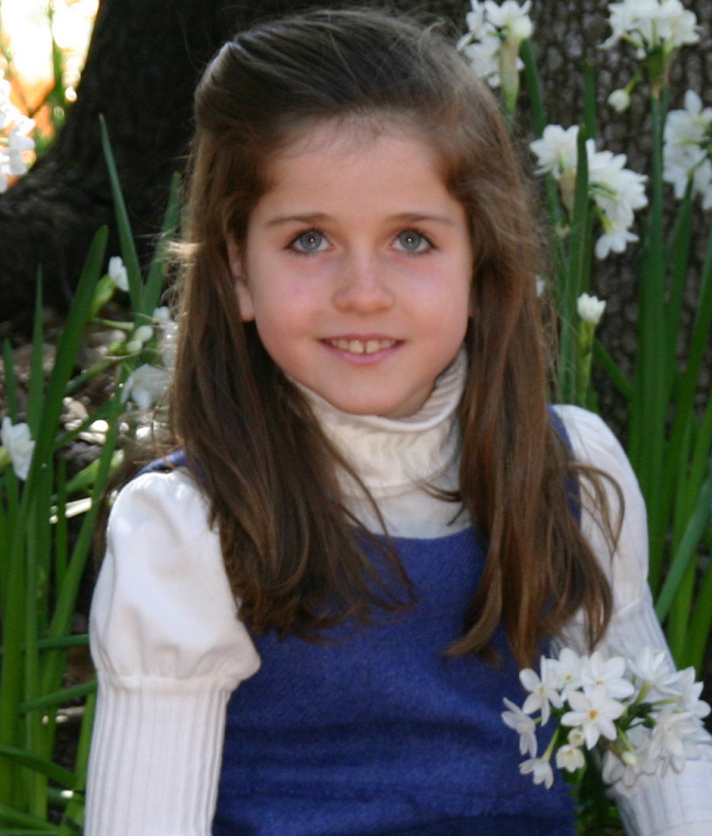 It was Christiane Benson's diagnosis with juvenile Batten disease in 2008 that inspired her parents to start the Beyond Batten Disease Foundation and to develop the universal carrier screening test.

The inspiration for this new test came from Craig and Charlotte Benson, of Austin, Texas. In 2008, their daughter Christiane was diagnosed with Batten disease, a rare neurodegenerative disorder that currently has no cure. It progresses from vision loss to memory problems and seizures, and eventually death.

"Both her mom and I carry a gene mutation, a single gene mutation," explains Craig Benson. He and his wife didn't know they were carriers before they had children -- indeed, they'd never heard of Batten disease.

A Test For Rare Genetic Diseases

Craig Benson works for a biotech company, so soon after his daughter was diagnosed, he and his colleagues were discussing how difficult it is for rare childhood diseases to get much attention or research that could lead to cures. They wondered about new ways of trying to prevent these diseases.

They knew that one devastating childhood disease, Tay-Sachs, has been virtually eliminated in people with Eastern European Jewish ancestry. This has been done by offering screening tests to would-be parents with that background. If both parents carry the Tay-Sachs mutation, they can take steps so that they won't have a baby with this disease.

"We thought, you know, that's a great idea and a great strategy. Why is that not more broadly applied?" says Benson, who noted that DNA testing technology has been advancing rapidly.

He and his colleagues approached Kingsmore, who was then at a nonprofit called the National Center for Genome Resources in Santa Fe, N.M. They asked him if it would be possible to make an affordable test that could screen all prospective parents for numerous rare genetic diseases.

On average we found that each of us carries two or three mutations that could cause one of these severe childhood diseases.

This week, in the journal Science Translational Medicine, Kingsmore's team describes that test. For less than $400, it can check a person's DNA for all mutations in genes related to nearly 448 severe childhood diseases.

"Over the next six months we'll be taking the number up to 580 conditions," he says, "at which point we'll have represented just about every childhood disease that's severe enough to merit inclusion."

He says this test is relevant to everyone thinking of having a child, because their research shows it's common for people to carry mutations.

"On average we found that each of us carries two or three mutations that could cause one of these severe childhood diseases," Kingsmore says. Of course, a person would have to be unlucky enough to be having a baby with someone who just happened to be carrying a mutation for the same rare disease.

Right now, preconception genetic screening is recommended for just a few diseases -- like Tay-Sachs and cystic fibrosis -- in certain populations that have a higher risk.

But Laird Jackson, an expert in prenatal genetic testing at Drexel University, says the technology for widespread preconception screening is clearly already here and should advance rapidly.

"So it really does change things from thinking about its involving just a subset of the population to involving the whole population," Jackson says. "Everybody has something to think about here, and if testing becomes available, will have something to decide about."

A Bold Plan For Eliminating Diseases

Already, a couple of companies offer a routine preconception screening test for couples. For example, one test, sold by a company called Counsyl in Redwood City, Calif., is offered through doctors and IVF clinics. But Kingsmore says these currently available tests screen for far fewer diseases and can detect only known mutations -- and he says for many rare disorders, all the mutations are not known.

This new test could become widely available soon, and Benson wants to offer it through a nonprofit he started, the Beyond Batten Disease Foundation, so that doctors could provide screening to everyone who wants it.

Benson admits that trying to eliminate rare diseases this way is a bold plan.

"I don't know that we've really sat down and contemplated all of the impact that this test and this idea might have," he says.

He just hopes it means other families won't have his family's experience -- getting blindsided by a devastating disease that they'd never even heard of.