Accessibility links
Movie Review - 'Every Day' - Domestic Dramas, Played Deftly For Laughs Liev Schreiber plays a TV writer juggling a nutcase boss -- and a flirty co-worker -- along with the usual problems of a modern family. As Ned considers alternatives to married life, his wife (Helen Hunt) and son (Ezra Miller) face conflicts of their own. 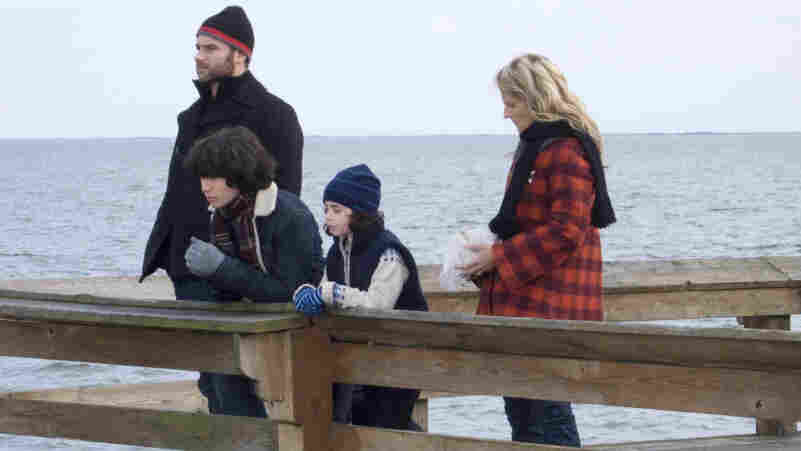 Thicker Than What? Ned (Liev Schreiber, left) and his family (Ezra Miller, Skyler Fortgang and Helen Hunt) run into an ocean of issues in Richard Levine's Every Day. Image Entertainment hide caption

Rated R for language, sexual content, and some drug use.

As the problems pile up in Every Day, a pleasantly predictable comedy about the routine trials and compensating rewards of modern family life, Ned (Liev Schreiber) is convinced he can feel walls closing in on him.

He's arrived at the tail end of his 30s with all the trappings of success -- lovely home, caring family, lucrative screenwriting gig -- so why's he feeling trapped?

'Going To The Dance'

'Going To The Dance'

Little things, mostly. Ned's boss (Eddie Izzard) is demanding ever more shocking twists in a TV show for which bestiality is soooo last week. An attractive co-worker (Carla Gugino) keeps hinting that there's a champagne-swilling alternative to the settled married life Ned's leading. His 15-year-old son Jonah (Ezra Miller) is looking forward to a gay prom with a bit more enthusiasm than Ned's entirely comfortable with. And wife Jeannie (Helen Hunt) is bringing her toxic dad (Brian Dennehy) to live with them.

OK, maybe that last one isn't such a little thing, especially with Dennehy spewing body fluids along with vitriol. Still, any one of these stresses would qualify as merely annoying had it arrived solo. But as his problems nibble collectively away at him, Ned starts to feel nearly as embattled as his crisis-courting boss, who in Izzard's portrayal seems determined to make being embattled a point of style.

Jeannie's feeling put-upon too, now that she's realizing how awkwardly her father fits into her home. So is Jonah as his hormones kick in and he's tempted by a handsome but faintly predatory older boy. Everyone's got problems every minute, in fact, which threatens to turn Every Day into a so-much-angst-you've-got-to-chuckle melodramedy, rather than the gentler domestic tale it wants to be. Happily, the performers -- Miller wise beyond his years, Schreiber persuasively conflicted, Hunt seemingly incapable of striking a false note, even Izzard toeing a down-to-earth line -- mostly keep the story grounded. 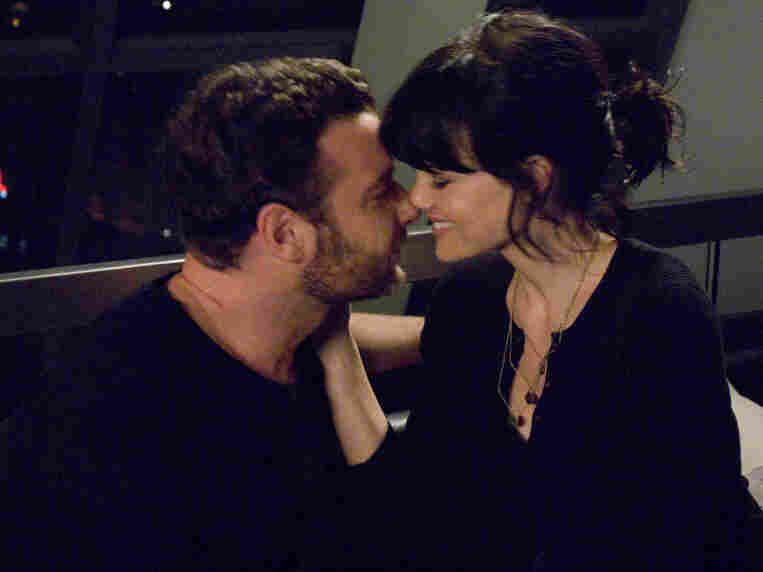 The Devil You Don't Know: Tempted by his screenwriting partner (Carla Gugino), Ned begins to wonder just what home and family are doing for him. Image Entertainment hide caption 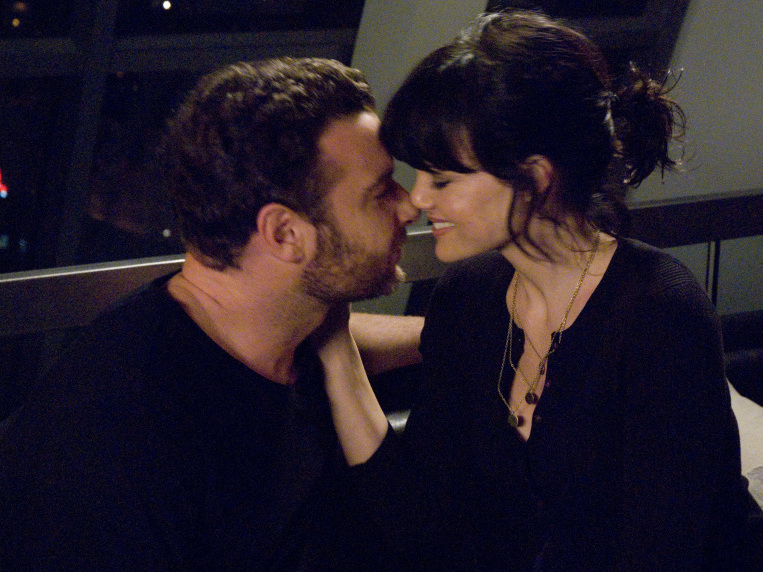 The Devil You Don't Know: Tempted by his screenwriting partner (Carla Gugino), Ned begins to wonder just what home and family are doing for him.

With writer/director Richard Levine, executive producer of TV's Nip/Tuck, making his feature film debut, it's perhaps understandable that Every Day should have an every-week-ish feel. Neat plot resolutions, cuts between story arcs that would likely feel truer if separated by commercial breaks, a sort of general moral tidiness -- all of it suggests small-screen ambitions. And though the mood is hardly raucous, the director doesn't shy away from the occasional cheap gag, as when a couple humping in a pool obscure all but the last three words of a "four feet nine inches deep" sign.

Still, Levine gets the grace notes right, and when he's working a quiet moment for all it's worth -- a scene, say, in which father and son wordlessly decide not to call each other on the lies they've just told -- Every Day rises a cut above the quotidian.