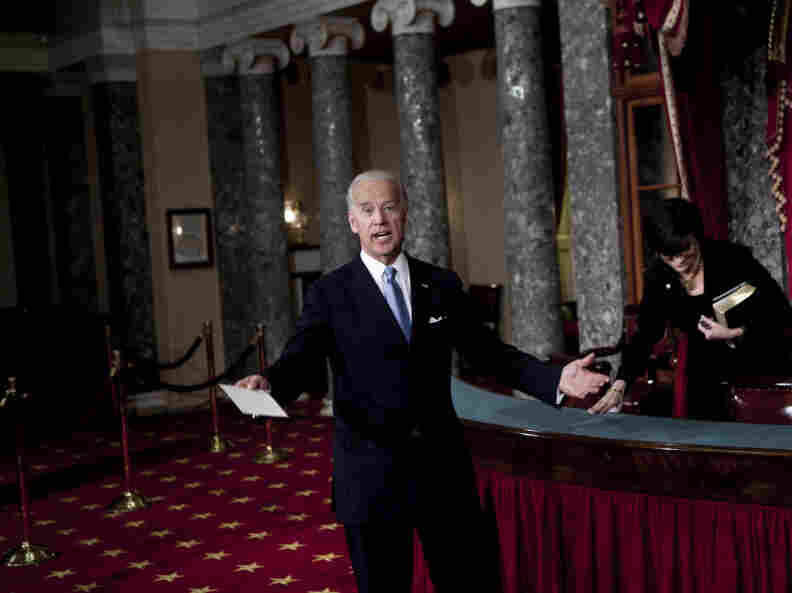 Sumit Ganguly, is director of research at the Center on American and Global Security at Indiana University, Bloomington.

David P. Fidler is a professor of law at Indiana University, Bloomington.

Vice President Joseph Biden was in Islamabad Wednesday in yet another attempt to make U.S. and Pakistani strategic interests align. He arrived via Kabul, where he met with President Hamid Karzai and promised U.S. aid to Afghanistan beyond the NATO troop deadline of 2014. Newspaper reports suggest that he proffered another round of economic and military assistance and greater intelligence cooperation in an effort to get Pakistan to step up its military action against the Taliban and al Qaeda elements along the Afghanistan-Pakistan border. Sadly, this well-meaning endeavor is unlikely to produce any better results than those that Washington has managed to elicit in the past decade -- despite the expenditure of estimated $19 billion.

The Pakistani military likely graciously hosted the vice president, regaled him with tales of the costs that they have borne since they signed up as America's ally in the war on terror, provide him with an extended shopping list of military and other wares, and harped on India's putative intransigence on the Kashmir dispute. In the wake of Biden's departure, almost predictably, they will also carry out some high-profile military operations (complete with suitable press coverage) and may even detain a Taliban leader of some consequence.

Beyond these gestures, there is little or no prospect that the security establishment will crack down on the Haqqani network or the Quetta Shura Taliban. Despite the tide of religious fanaticism sweeping across Pakistan, which cost the life of the liberal-minded Punjab governor, Salman Taseer, the military still believes it can play ducks and drakes with religious militants. The Pakistani military continues to calculate that the risks of continuing its dalliance with religious zealots are controllable.

Behind this calculation is the Pakistani military's belief that not crushing religious militancy allows it to exploit these groups during and after the "endgame" in Afghanistan -- and for stirring the pot in the troubled region of Indian-controlled Kashmir. In both places, Pakistan's military elite hopes to exploit discontent using religious proxies for strategic advantage where it fears India's encroachment. Despite evidence that Islamist militancy is expanding its influence across Pakistan, the security apparatus remains convinced it can control this threat.

What U.S. officials apparently do not grasp is that the Pakistani commitment to its strategic relationship with Islamist militancy only increases as the level of U.S. assistance to Pakistan grows. Facing growing discontent at home over the increasingly difficult war in Afghanistan, the Obama administration's need for Pakistan's cooperation deepens, propelling the administration into yet more efforts premised on the hope that, this time, Pakistan will see the light. But increased U.S. dependence on Pakistan will not change the dangerous and flawed calculus of this relationship.

Additional billions of dollars will not fundamentally shift Pakistan's strategic behavior. At most, as we have seen repeatedly in the past, new tranches of U.S. assistance produce episodic tactical maneuvers that do not represent a strategic transformation between Pakistan and the militants. These maneuvers do just enough to confirm how dependent the United States is on Pakistan, which distracts U.S. policymakers from the need to confront Pakistan more strongly. Increasing domestic discontent in the United States about the conflict in Afghanistan only seems to reinforce this dependence because any "exit strategy" requires Pakistani cooperation, such that the United States appears trapped into providing more assistance without adequate strategic return on these investments.

More problematically, the Biden-delivered initiative will likely have perverse regional consequences. President Obama's visit to India last November assuaged the growing concerns of New Delhi's leadership about the perceived drift in Indo-U.S. relations. The visit also helped silence many of the administration's critics within India: Progress was made, including Obama's promises to integrate India more into multilateral efforts against nuclear proliferation and to support India's desire to become a permanent member of the U.N. Security Council. But this latest attempt to coddle Pakistan in the vain hope of making Islamabad's interests dovetail with those of Washington will have adverse consequences for the Indo-U.S. relationship. The collateral damage in India will be especially bad if the Pakistani military manages to get Biden to commit the United States to provide additional weaponry, such as Orion P-3B maritime patrol aircraft, that has little or no utility in counterinsurgency or counterterrorism efforts.

For example, thanks to persistent pressure, the Obama administration in 2010 provided 17 out of the 18 F-16 fighter jets that Pakistan requested. These high-performance aircraft are of very little value in counter-insurgency operations and, frankly, can only be deployed for conventional military operations against its principal adversary, India. As Indian Defense Minister A. K. Antony complained, "We feel that even though the U.S. is giving arms to Pakistan to fight terrorism, our practical experience is [that] it is always being misused. They are diverting a portion against India."

Indian critics of the United States will not only pounce on such weapons sales to Pakistan, but will also then turn their guns on the increasingly vulnerable government of Prime Minister Manmohan Singh, which has been dogged by scandals and increasingly bitter internal bickering. They have already hounded him for his willingness to continue a dialogue with Pakistan despite the latter's unwillingness to renounce its support for Lashkar-e-Taiba and other terrorist groups operating from Pakistan against India. Biden's visit to Pakistan might provide fresh ammunition for their assault on Singh. Faced with a new barrage of attacks, the prime minister may feel compelled to draw back from his attempts at rapprochement with the United States and Pakistan.

Neither of these two foreseeable consequences should stop the Obama administration from engaging Pakistan. However, returning to variations of these ineffective terms of engagement with Pakistan is clearly not in Washington's best interest. Unfortunately, Biden's visit does not promise to mark a fundamental change in policy toward Pakistan and reveals, again, the pursuit of a strategy that does not significantly alter the slim prospects of success in Afghanistan, that unsettles relations with India, and that feeds Pakistan's confidence that it can long maintain its increasingly dangerous gamble with militant Islam.