Accessibility links
Fiat Threatens To Leave Italy If Union Deal Fails Workers at Fiat's auto plant in Turin are voting on a controversial plan that could determine the company's future in Italy. Fiat wants union support on a deal aimed at boosting productivity in exchange for a billion-dollar investment and Chrysler's entry into a joint venture.The plan is dividing workers. 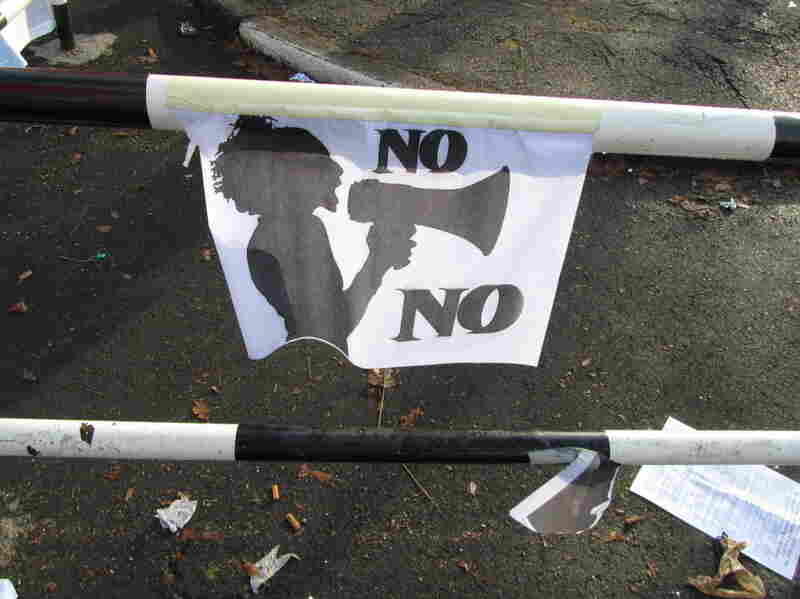 A poster encourages Fiat workers to vote against a deal designed to boost competitiveness and productivity. Sylvia Poggioli/NPR hide caption 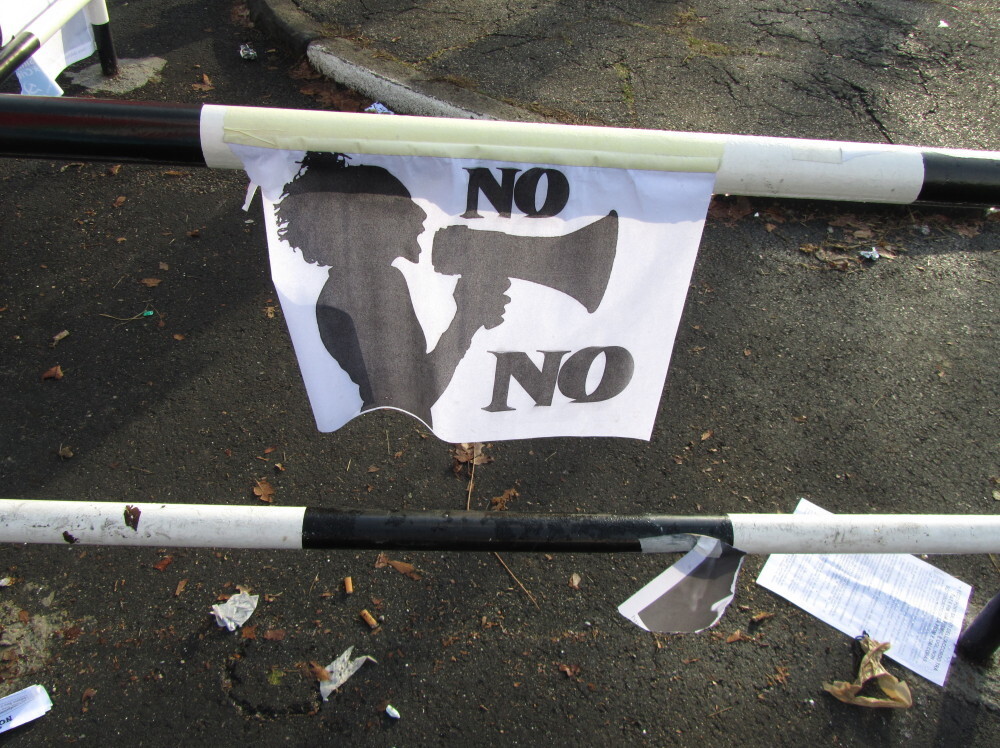 A poster encourages Fiat workers to vote against a deal designed to boost competitiveness and productivity.

Workers at Fiat's auto plant in Turin are voting on a controversial plan that could determine the company's future in Italy.

Fiat is trying to win union support for a deal aimed at boosting productivity in exchange for a big financial investment in the plants, and Chrysler's entry into a joint venture.

But the plan is dividing workers: Many believe it's unconstitutional and will annul all Italian workers' hard-earned rights over decades.

At Gate 2 of Fiat's Mirafiori plant, the atmosphere is tense as workers clash verbally.

"What are you doing? This is blackmail," one worker says.

"Wait a moment. Management is going to invest millions here, and besides: I need my salary," another worker responds. "I will vote 'yes,' " he adds. "I have a wife and children to maintain."

In one of Europe's most unionized countries, Fiat CEO Sergio Marchionne is trying to overhaul decades of labor relations by moving away from the national contract and making new demands on Mirafiori workers to ensure greater competitiveness and productivity.

In exchange, he says, Fiat will invest $1.3 billion in a new joint venture with Chrysler. But Marchionne warned what will happen if the "no" votes win: "If 51 percent vote no, Fiat will not invest in Mirafiori and will leave Italy."

This auto factory was once Europe's biggest. In its heyday, it employed 75,000 workers. But after 15 years of decline, there are only about 6,000 left.

Mirafiori is a symbol. It was the center of the country's industrial revolution and propelled post-war reconstruction. It was the heartbeat of the Italian labor movement.

The Marchionne plan includes: fewer work breaks, more shifts according to market demand, reduced sick benefits and restrictions on the right to strike.

"Mirafiori is just the first step," he says. "Other industries will do the same -- scrap the national contract and impose what they want. Then, workers' rights will no longer exist anywhere. It's a battle that goes beyond Fiat."

Italy has an alphabet soup of unions: FIM-CISL, UILM and so on. At Mirafiori, most of the unions already have agreed to the plan.

The pro-plan union members avoid the streets and meet at an auditorium to listen to their leadership.

"The crisis has been under way for three years," the man on the podium says. "Many industries are dying; banks are holding on to their money. If nothing improves, unemployment will skyrocket this year. We want to ensure our future. That's why we broke labor unity and approved the Marchionne plan."

The union that's been left alone is the powerful left-leaning metal workers. If its members don't agree to sign, Marchionne says they will lose their representation rights on the factory floor.

Thousands of workers take to the streets in a torchlit march. They chant slogans reminiscent of Italian labor triumphs of the late 1960s.

One of the march organizers, Paolo Flores d'Arcais, a leading Italian intellectual, says Marchionne's plan is authoritarian and illegal. But he acknowledges that today's economic reality has sharply undermined labor's bargaining power.

He adds, " '68 was a moment of struggle, but in an economic period of growth today, one young worker out of three is without work. So this is a social tragedy, and this changes completely the balance of forces."