Accessibility links
U.S. And China: Rivals That May Need Each Other Chinese President Hu Jintao's visit to Washington, D.C., this week comes at a critical moment in U.S.-China relations. Economically bruised, America may have to share the superpower spotlight with the competition. 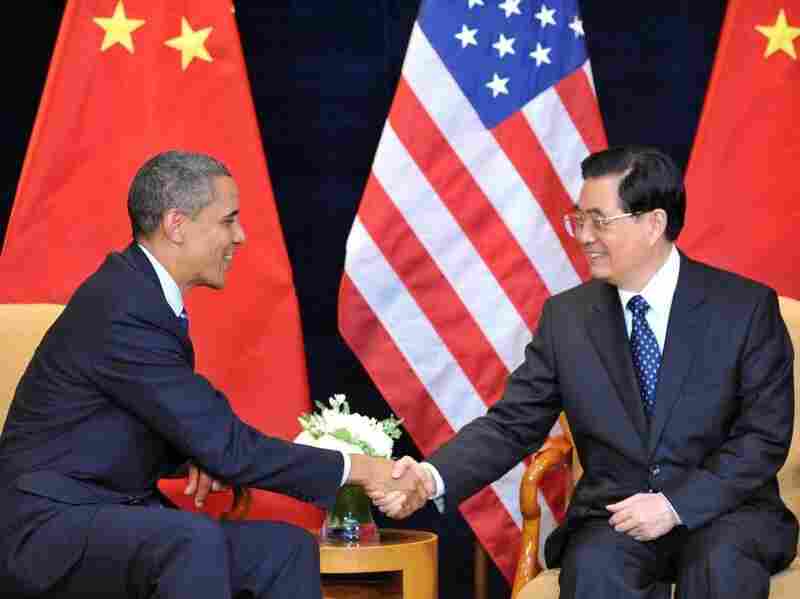 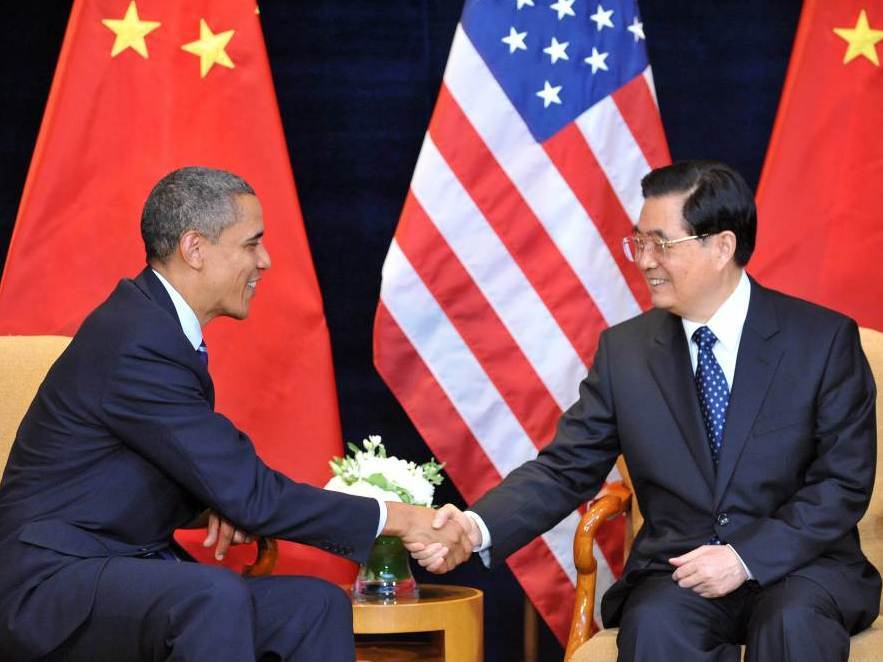 America has entered a new year with a rising national debt and deficit projections. Meanwhile, China continues its ascent as a global economic player. In the years to come, an economically bruised U.S. may have to share the superpower spotlight with the competition.

America will most likely remain a preeminent world power in the near future, but "in the aftermath of the financial crisis, we're going back to a world in which [the U.S.] has competitors again," he says.

Rachman, who wrote Zero-Sum Future: American Power in an Age of Anxiety, predicts that relations between China and the U.S. are "going to get a bit bumpier over the next five years or more."

More From NPR On U.S.-China Relations

"The China-U.S. relationship has always had elements of friendship, cooperation and rivalry," he achman says. "But I think the more rivalrous elements are becoming more emphasized now."

He says that high unemployment rates in the U.S. and global economic imbalances undermine the "assumption that the Chinese economic relationship was equally beneficial to the U.S." and shows that "globalization isn't an unadulterated win for the U.S."

On the other side of the Pacific, a rising China is becoming more assertive in world affairs in ways that the U.S. may find uncomfortable, Rachman says.

"It's not that they want a direct confrontation with the U.S.," he says. "On the contrary, they're very keen to avoid that." Rachman says China is taking a more subtle approach, growing its power and military capabilities at a time when the U.S. is increasingly under financial strain, and has the ultimate goal of shifting the "balance of forces" between the world powers.

Yet Barnett, chief analyst at Wikistrat and contributing editor for Esquire magazine, cautions that Americans' concern over China's rise is "really out of control."

"It's very similar to the way the British looked at us, say, around the turn of the century," Barnett says. "They imagined we could have bought and sold them. The Chinese couldn't do the same with us. Their economy is still a fraction of ours."

That economy may be growing, but it will still be decades before China's people reach an economic status equal to Americans, he says.

Thus, a cooperative U.S.-China relationship is not only a good idea, Barnett says, but it's also "absolutely essential when you consider a global middle class aspiring to a lifestyle that the planet cannot sustain if we use old resource models."

The end of America's status as the world's sole super power wouldn't be a bad thing, either, Barnett argues. Part of the American contribution after World War II was establishing a global economic system that allowed great powers to rise without instigating a war.

"We've created the system for these people to rise, and now we seem uncomfortable with the fact that we're not going to be the sole pole anymore in the system," Barnett says. "And we don't seem to know how to ask for anybody else's help."

Our challenge with China, he says, isn't about competition. "Our biggest problem with them is getting them to come up to the level of responsibility that their networks and their influence around the world actually demands from them."

"We need that help," Barnett says, "because based on our own efforts, we can only do an Iraq and an Afghanistan -- and not much else."