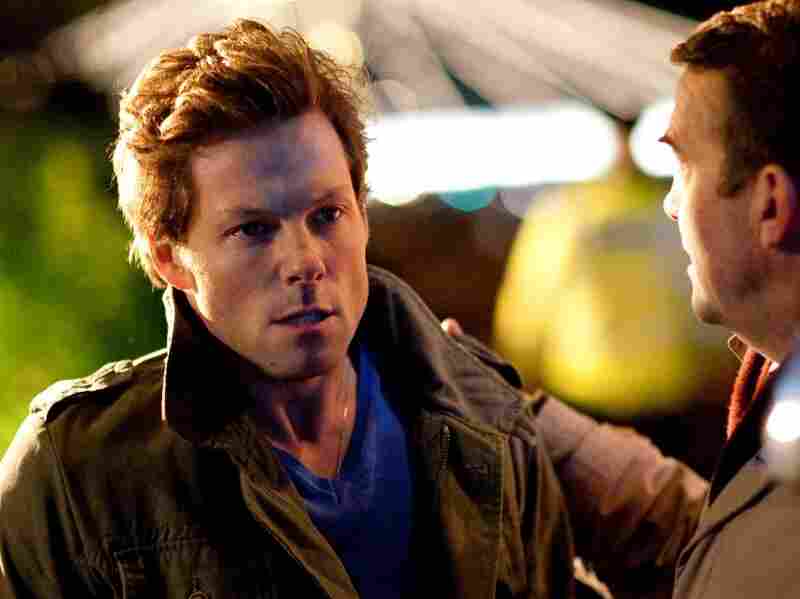 London Calling: Jamie Bamber (left) and Bradley Walsh are the two-cop combo at the heart of the U.K. edition of the Law and Order franchise. BBC America hide caption 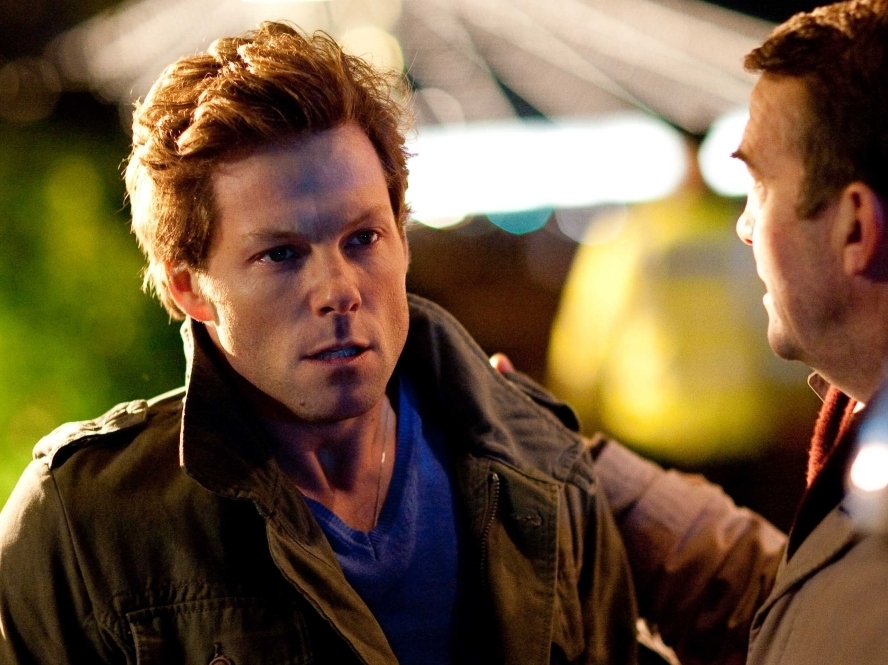 London Calling: Jamie Bamber (left) and Bradley Walsh are the two-cop combo at the heart of the U.K. edition of the Law and Order franchise.

When Dick Wolf's original Law and Order didn't return for a 21st season, fans of the show were bereft. There's still plenty in the way of spin-offs -- Law and Order: L.A., anyone? -- and knock-offs, of course. But the heart of Law and Order lies in the screech of subways, sausage and falafel carts, all the din and clatter of street life.

Which is why Wolf took his show across the pond to London last year.

Law and Order: UK began its second season on BBC America this week. Like the original, it has stories ripped from the headlines and wisecracking cops in trench coats walking into the squad room and debating the minutiae of everyday life. But there are cultural differences: the barristers -- lawyers, to us ex-colonists -- still wear powdered wigs in the queen's courts. They don't talk directly to the jury, or not much; they're not allowed to pace dramatically before the bench as they make their case.

"There are certain little things about our system that are particular," actor Jamie Bamber tells NPR's Scott Simon. "We have to sort of celebrate them, because that's what makes our show worth doing, as opposed to airing reruns of the original."

Bamber plays Detective Sgt. Matt Devlin on the show, opposite former stand-up comedian and professional soccer player Bradley Walsh, who fills the role of Detective Sgt. Ronnie Brooks. Unlike Bamber, who spent significant time in the United States while starring in Battlestar Galactica, Walsh was unfamiliar with the Law and Order franchise before joining the cast.

"I didn't know the show -- I honestly didn't," Walsh says. "So there was nothing I could do but bring what I could to the table, and what the directors told me and how I worked alongside Jamie. So for me, it was very unfamiliar territory."

Walsh describes his veteran-cop character, in some ways the show's dramatic center, as "a wizened old mainstay. ... He's seen it all, done it all. He's come through alcoholism and two marriages."

"He's been through some tough times, but he doesn't view himself as a victim," the actor says. "And therefore he doesn't really empathize with those who've suffered -- and that ... comes to bear in all the cases that we come across."

Bamber says those basic character differences are part of "why they're a good team." They have "mutually exclusive energies," he says. It's a contrast that recalls the partnership of Lennie Briscoe (Jerry Orbach) and Rey Curtis (Benjamin Bratt) on the original show.

"You don't want to obsess too much about what worked when someone else did it," Bamber says. "You want to come at it fresh -- although I'm sure we've inherited a lot of what Jerry Orbach and his partner did originally. We are indebted to them."

But whatever its debt to the original, Law and Order: UK is a show about its great city, as much as anything.

"We're really putting London front and center as the central character of the show," Bamber says. "There's barely a street left that we haven't done something in, in the West End of London."