Accessibility links
The Decemberists: From Rock Opera To A Band In A Barn Throughout the past decade, the band has crafted elaborate, hyperliterate song cycles, culminating in a 2009 rock opera. But the band's new album, The King Is Dead, is a simpler, more straightforward affair. 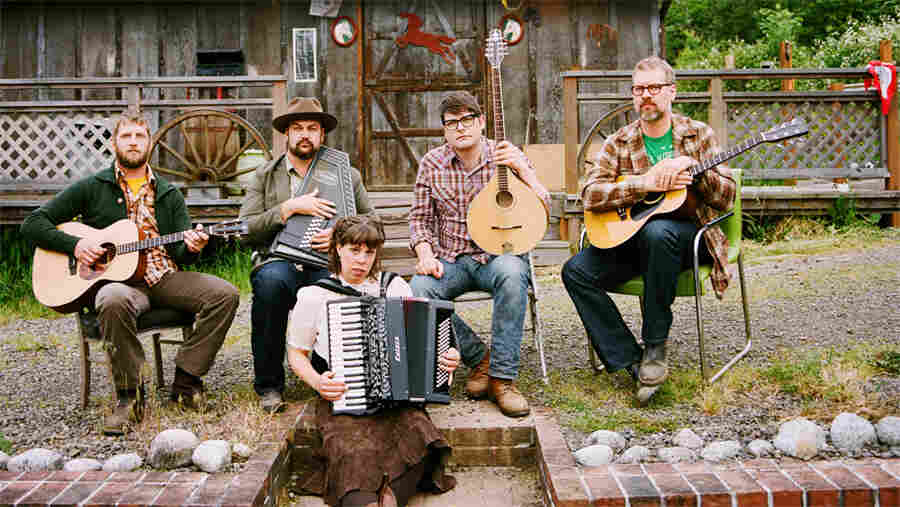 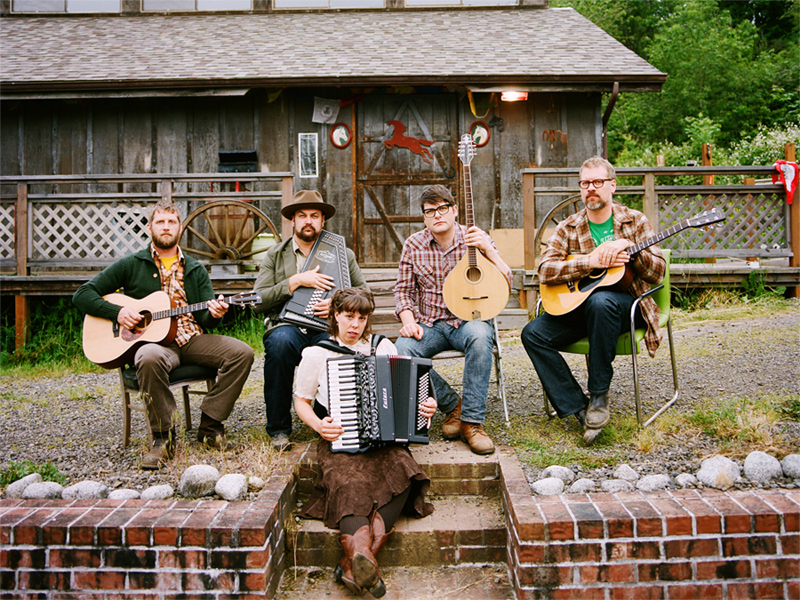 The Decemberists' Colin Meloy (second from right) says he followed his "creative whim" to create The King Is Dead's simple, pretty songs.

Throughout the past decade, The Decemberists' Colin Meloy has worked with his band to craft elaborate, hyperliterate song cycles. Their songs, steeped in British folk tales and Dickensian character studies, hit a majestic pinnacle two years ago with The Hazards of Love, a 17-part rock opera.

The band followed it by breaking it all down and starting over again. Its new album, The King Is Dead, is a simpler, more straightforward affair featuring acoustic instruments. It was even recorded in a barn.

"It feels like it was sort of a natural progression from what we had done previously," frontman Colin Meloy tells Weekend All Things Considered host Guy Raz. "I feel like I'd spent the last four years steeped in the British folk revival of the '60s and '70s -- music that was relatively new to me. ... But I was sort of poring over it like you would come to music that you've discovered as an adult, as opposed to being a kid. So I kind of had this academic approach to it, and how it was sort of reflected in the music that we were making felt very cerebral and academic.

"And I think once we had done The Hazards of Love, I think I had reached the apotheosis of the possibilities of what I was doing," he says. "And it was really a time to pull it back a bit, and sort of rediscover the music that I sort of have in my bones from being a kid, and music that got me playing music to begin with."

The King Is Dead can be heard as part of NPR Music's Exclusive First Listen series.