Accessibility links
Camden, N.J., Braces For Police, Firefighter Layoffs This week, the already-dangerous city will lose 45 percent of its police force due to budget cuts. The police chief says he will realign his force so the public won't notice, but still, some worry about what will happen with fewer workers fighting crimes. 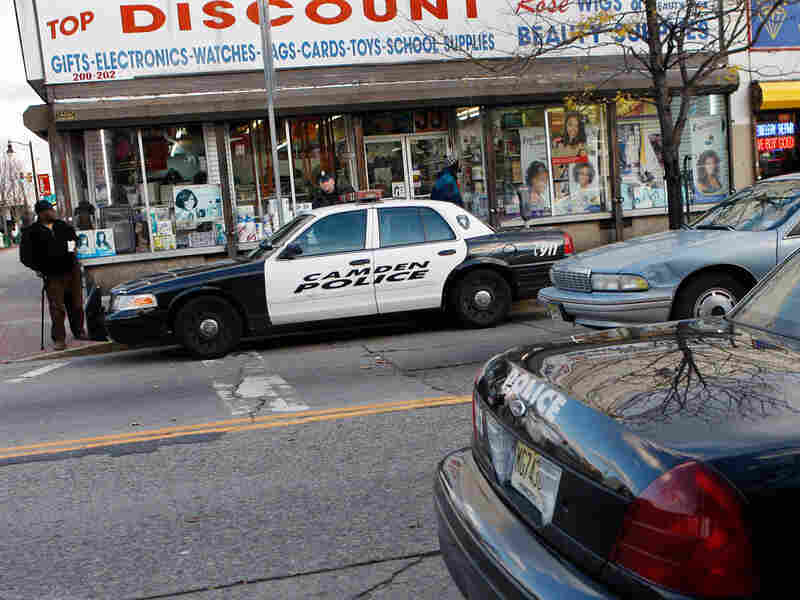 Police in Camden, N.J., shown here in a downtown shopping area in November, will see their force shrink by more than 160 officers on Tuesday thanks to budget cuts. Mel Evans/AP hide caption 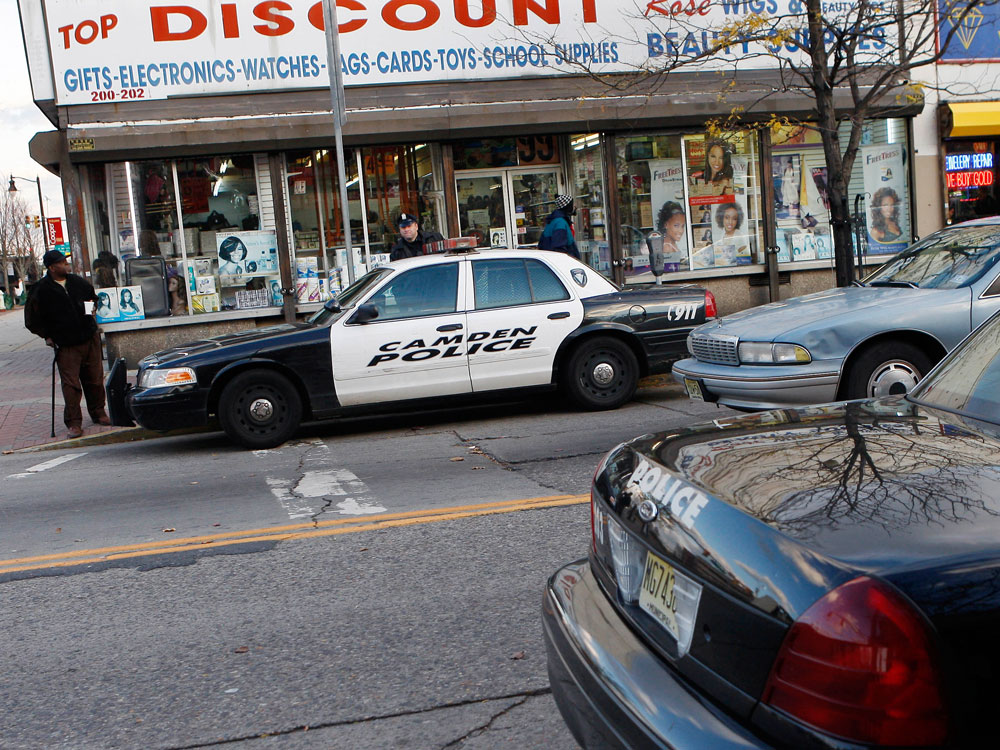 Police in Camden, N.J., shown here in a downtown shopping area in November, will see their force shrink by more than 160 officers on Tuesday thanks to budget cuts.

On Tuesday, officials in Camden, N.J. -- a city that ranks high in crime and poverty -- are planning to cut almost 400 workers, nearly half of them police officers and firefighters.

With fewer city workers fighting crimes and fires, some residents worry life will be more dangerous.

Carmelo Villegas, who has owned Camden Laundromat for about 30 years, points to a boarded up house across the street -- a  drug haven, he says.

"It's like giving a license to these crooks to come in and try to take over," he says.

Villegas tells a harrowing story of being shot at by robbers about five years ago. He says with the city and state strapped for cash, the federal government should step in.

"We've been having a lot of wars here in the United States, and that's billions and billions of dollars they're spending," he says. "Why they don't spend it here in the country defending our own people here?"

Camden Police Chief John Scott Thomson is in charge of preventing the sort of pandemonium many residents predict. Thomson says 163 officers will be laid off -- about 45 percent of the force. The remaining officers will be, as he says, "out in the field."

"When it's all said and done, the game plan that we are moving forward with, we will have 92 percent of the organization in the field," Thomson says. "Post-layoff, our street numbers will be 3.5 percent less than what they currently are today."

From WHYY: Camden Prepares For Layoffs Of Police, Firefighters

Thomson insists the city will not be more dangerous after the layoffs. He's committed to Camden, he says.

But John Williamson, the president of the Fraternal Order of Police in Camden, has his doubts.

Camden Mayor Dana Redd says with less money from the state of New Jersey, the city faces a $26.5 million budget gap, so she had little choice but to push forward with the layoffs.

She's still hoping some jobs can be saved.

"If we receive meaningful concessions from police and fire, it certainly will lessen the number of layoffs," Redd says.

The Annual List Of Most Dangerous Cities Is Out, Does It Mean Anything? Nov. 22, 2010