Accessibility links
Boogie Woogie: Born In The Backwoods Of America Before the Civil War, the town of Marshall was a center of Texas' plantation economy. It's now trying to reinvent itself as a tourist destination for weekenders from Dallas and Houston. And it's reaching into its past to grab on to an almost forgotten musical legacy: boogie woogie piano. 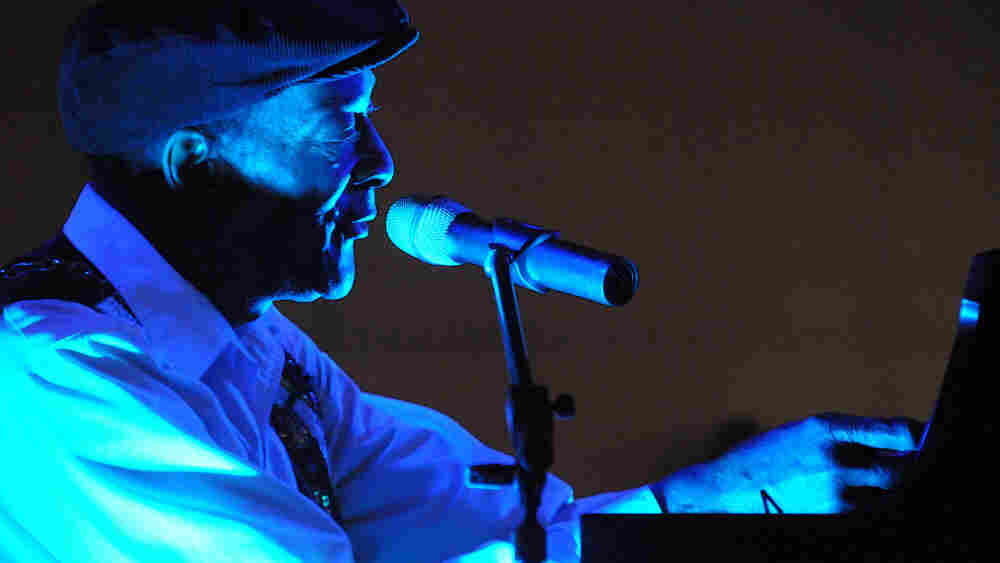 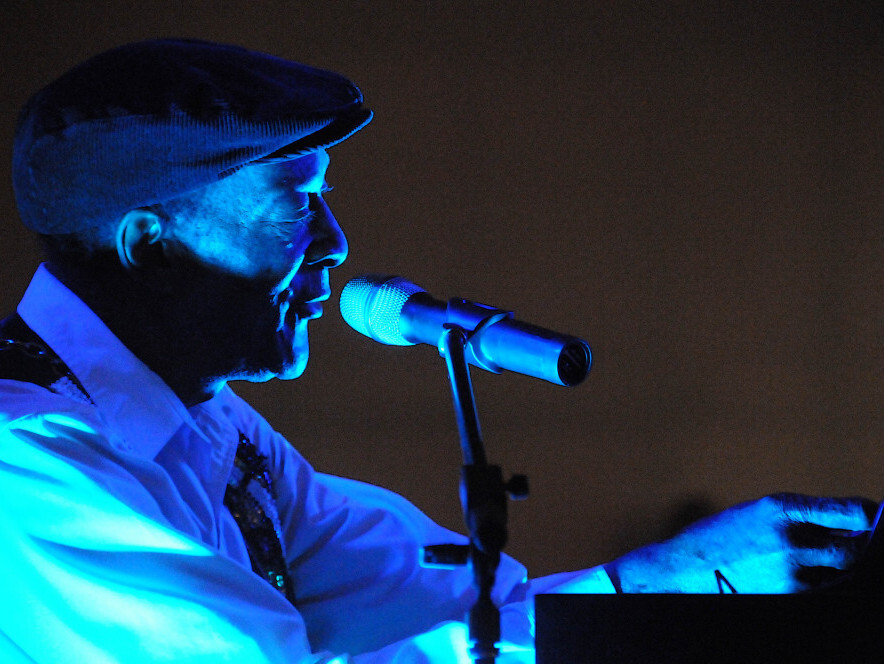 Many picturesque villages in East Texas are trying to reinvent themselves as tourist destinations for weekenders from Dallas and Houston. One such town is Marshall, which was the center of the state's plantation economy before the Civil War.

Harrison County had more plantations, more slaves and, after Reconstruction, more lynchings than any other county in Texas. Marshall's glorious and sordid past recently served up an unexpected legacy.

Cotton was king on Marshall's vast plantations. But the beautiful fields of white were surrounded in every direction with lucrative pine forest. When slavery died writhing on the graves of 620,000 American soldiers, the black men in those logging camps suddenly became workers.

To try to keep these newly freed men from walking away to a better life, the logging camp owners built what were called "barrel houses." They looked like a airplane hangar made out of a giant wooden barrel. In these places, a new sound was born, an early seed of rock 'n' roll. It was called by several names at first, but they finally settled on boogie woogie.

To the white world of East Texas, this music was invisible. But plenty of upstanding church-going black women knew all about boogie woogie and they thought it came straight from the devil. Say the name out loud and it even sounded Godless.

"So I needed to get on a piano so that's where I went."

Alexander grew up in Marshall in the 1940s and '50s. Unfortunately for his Baptist mother, his father was one of the best boogie woogie piano players in East Texas. Not in the house though.

Omar Sharriff and Bob Baldori, 'Suffering With The Low Down Blues (part 1)'

Omar Sharriff and Bob Baldori, 'Suffering With The Low Down Blues (part 2)'

"I used to watch him and his brothers in the backyard," Alexander recalls. "They'd be playing guitars and singing the blues like Robert Johnson and all them guys you know."

By the time Alexander was 17 in 1955, his fingers could fly over the keyboard. It was a dangerous time and place for young black men. The civil rights movement was beginning to whisper across the South and the flaming crosses of the Ku Klux Klan lit up the East Texas night.

"One day I was downtown and I saw two white dudes beating a black dude," Alexander says, "And the police drove up and they got out and watched and then they turned their backs and lit up cigarettes."

Alexander watched as the black man was beaten to a pulp. He approached another black man who was also watching.

"I said, 'Ain't these people going to do anything about it?' And he said, 'Don't talk about it. It's a white folks thing. You'll wind up getting killed.'"

But Alexander couldn't stop thinking and talking about what he'd seen. He was appalled and wanted the black community to hit back. His family and friends told him to get out of East Texas before he was found hanging in the woods. So that's what he did. He left for California with his talent jammed in his pockets and never came back.

For the next five decades, he made records and played nightclubs in Oakland, Calif., and San Francisco for an enthusiastic and increasingly integrated audience.

Back in Marshall, as the 1950s became the '60s, the town began to struggle. The Texas and Pacific Railroad, which had headquarters in Marshall, began to shrivel and die. But the town still retained a Southern charm.

Mayor Buddy Power is fifth generation Marshall. His predecessors were Confederate officers and his father owned all the grocery stores in town until Walmart put them out of business.

"It was a wonderful place," he says. "We had the milling elevator, which was always cooking up something good. There were two bread companies and the aroma of bread filled the town.

"It was absolutely a close-knit family-type community and we're hoping to get back there someday soon."

Late last year, fate intervened in the form of a San Antonio doctor. Dr. John Tennison is a psychiatrist by day. But by night, he is one of the country's leading boogie woogie aficionados. Tennison knew something about Marshall  that the town itself had forgotten.

"In Texas in the 19th Century, African-Americans were present in the greatest numbers in Harrison County of which Marshall is the county seat," Tennison says. "Oral histories indicate Boogie Woogie was first played in the 1870s, the same time boogie woogie was getting its start."

Tennison says those piano players moved from one logging camp to another, aboard the Texas and Pacific. That's how boogie woogie started, the sound of the T&P locomotive running wide open through the backwoods.

On Martin Luther King Day 2010, Tennison told Marshall about this amazing style of black music that had been born in their woods. Not a single person on the city council believed him.

"I wouldn’t say I was skeptical," Power says. "I just didn’t believe it."

For Marshall's white community, this boogie woogie thing seemed like it had been dropped from Mars. For Marshall's black leaders, Tennison's presentation stirred something forgotten.

Although almost all the boogie woogie piano players with ties to the city had died, Tennison told them there was one guy in California who might still be alive. Finally convinced, Power and the city council asked Tennison to try to find this man named David Alexander and ask if he would consider coming home.

"I thought maybe it was a joke," Alexander recalls. "Does this guy think I’m stupid? Marshall, Texas? Whatcha going to do, hang me?"

It took a long time for Tennison to find Alexander.

When Cassius Clay changed his name to Muhammad Ali, Alexander changed his to Omar Sharriff.

Tennison told Sharriff that Marshall wanted him to come home for good and be the town's boogie woogie ambassador. The town would pay for an apartment and a stipend and he would become exhibit A of a musical history Marshall had forgotten but now wanted to remember again.

"'We want to do something with you. There are people down there who admire you,'" Shariff recalls Tennison saying. "I said, 'Really?' He said, 'Yeah, you interested?' I said, 'Why not? Nobody around here interested in me.'"

So last month, he came home to Marshall.

His first two concerts were the biggest integrated gatherings in Marshall's history. When asked what event came in third, both blacks and whites shook their heads like there really was no third place. Sharriff’s second concert in December attracted the attention of two of the best boogie woogie players in the country, Detroit’s Bob Seeley and Bob Baldori who flew in to play with Sharriff.

The concert hall was packed out the door. Sharriff is having trouble processing it all.

"The mayor man, he said, 'Call me Buddy.' He said, 'All my friends call me Buddy,'" Sharriff says. "I said to myself, 'The mayor of Marshall wants me to be his friend?' It's nothing like it used to be. It's another world."

Thomas Wolfe says you can't go home again. But maybe if you wait 53 years, things will have changed just enough.