Accessibility links
Father Seeks Answers To Son's Role In Afghan Battle Dave Brostrom is trying to rewrite history. The former Army colonel is the father of 1st Lt. Jonathan Brostrom, who was killed in action along with eight other U.S. soldiers in Wanat, Afghanistan, in July 2008. He says the Army's official history of the battle places too much blame on his son. 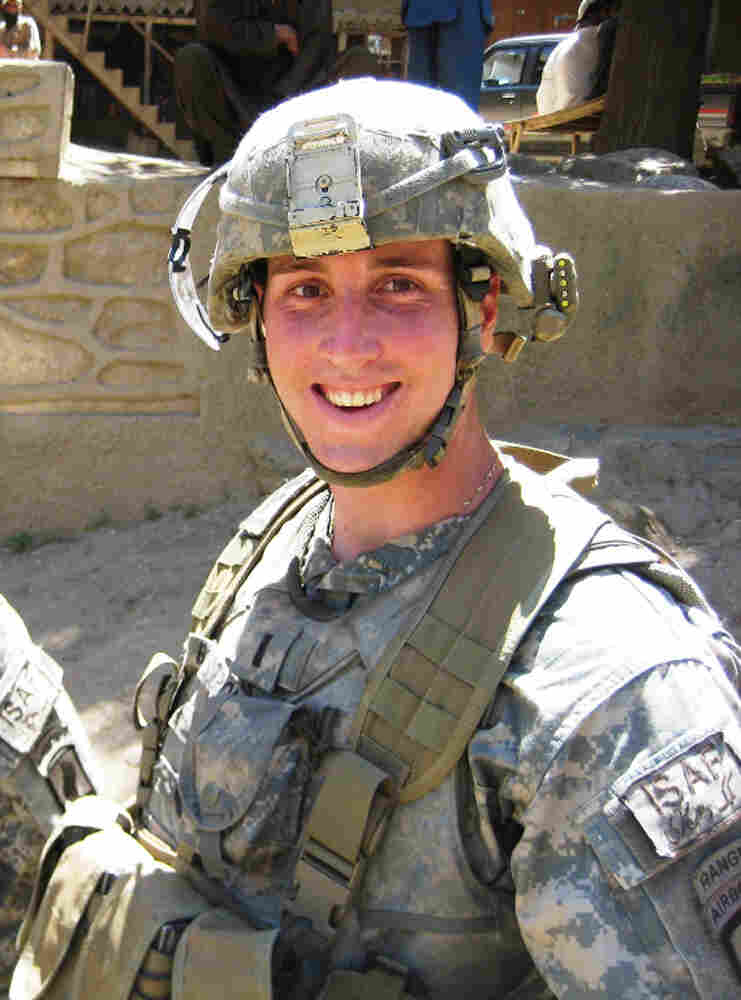 1st Lt. Jonathan Brostrom was killed in Wanat, Afghanistan, on July 13, 2008, along with eight other U.S. soldiers. His father is trying to rewrite the Army's official version of the event, which he says places too much blame on his son. David Brostrom/Associated Press hide caption 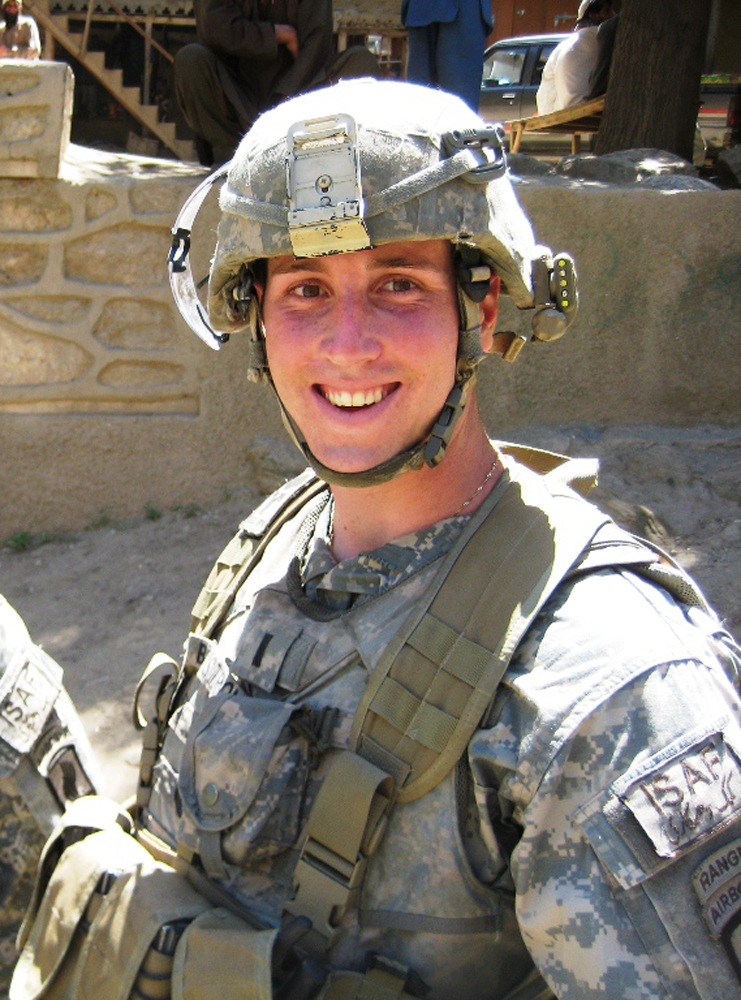 1st Lt. Jonathan Brostrom was killed in Wanat, Afghanistan, on July 13, 2008, along with eight other U.S. soldiers. His father is trying to rewrite the Army's official version of the event, which he says places too much blame on his son.

Dave Brostrom is trying to rewrite history. The former Army colonel is the father of 1st Lt. Jonathan Brostrom, who was killed in action in the Battle of Wanat on July 13, 2008.

The Army released its official history of the battle late last year, but Brostrom says the account places too much blame on his son and he's meeting Monday with top military officials at Fort Leavenworth, Kan., to try to get it changed.

"This book will be put on the shelf for students and junior officers and even senior officers to pull out to try to get lessons learned on what went wrong in Afghanistan," he says. "And I just want the Army to get it right."

For the past 21/2 years, Brostrom has been consumed with the details of this battle.

His son Lt. Jonathan Brostrom and other members of his platoon were building a small outpost in a village in the eastern part of Afghanistan. The area was known to be hostile to U.S. forces, but Brostrom's commanders were hoping he could win over the locals. After four days on the ground, Brostrom, the platoon leader, hadn't had much luck. Then in the early morning hours of the fifth day, the outpost was attacked.

Apache helicopters arrived about 30 minutes later to help but by that point, nine U.S. soldiers had been killed, including Brostrom. The battle was over in about four hours. Dave Brostrom remembers that day clearly. He was at home in Hawaii with his wife, doing their Sunday morning ritual -– coming back from church and getting ready to go to the beach.

MSNBC: Gun Camera Footage Of The Battle of Wanat

"The doorbell rang," he recounts, "and there was two people there at the front door, a captain chaplain and a major, who told us that our son had been killed by small-arms fire in Afghanistan," he says.

The Army pulled out of Wanat a few days after the attack. No one has second-guessed how the members of the platoon fought that day. In fact, Lt. Brostrom was posthumously awarded the Silver Star for his actions. Instead, it was the decisions leading up to the attack that were called into question. Did the position of the outpost make them too vulnerable? Did the platoon have enough resources to protect themselves?

Several investigations have tried to answer those questions -- with different conclusions. One early last year by U.S. Central Command found that three of Brostrom's commanding officers were derelict in their duties.

Gen. David Petraeus, then head of CENTCOM, recommended that the three officers be issued formal reprimands. Then a few months later, an Army report reversed that decision and said no one is personally responsible. Now finally, the Army's official history of the battle has been written, which Brostrom says is skewed.

"It really focuses on the platoon level and is quick to blame the platoon leadership for the majority of the mistakes that the company and battalion made during the planning and execution of Wanat," he says.

The way Brostrom reads the history, his son is being singled out and if that's so, he wants more senior officers to be held responsible.

"You know at the end of the day, I think he did a pretty damn good job with what he had," he says. "Unfortunately it cost him his life and those of eight other soldiers, but it wasn't his fault.

"They were put in an untenable situation and the Army has refused to acknowledge that."

Sen. Jim Webb (D-VA) has written a letter to the secretary of the Army, calling the Wanat history "flawed and biased." He and Brostrom want the Army to incorporate the findings from the CENTCOM investigation that faults the company, battalion and brigade commanders and defends the tactical decisions made by the platoon.

William Robertson, the director of the Combat Studies Institute, is one of the officials Brostrom will meet Monday.

His team of historians never explicitly blames Lt. Brostrom, but they do raise questions about his judgment: where he decided to build an observation point and why he wasn't conducting patrols in the village.

Still, Robertson says the Army's history is accurate and fair.

"It is not our purpose to adjudicate blame," he says. "No one said this is who you blame, this is who you exonerate. We were not told what to say or how to say it. It's simply the result of several professional historians trying to work in their craft to try to tell a very sad but a very heroic story."

Brostrom says he wants the Army to be able to learn from its mistakes and that means holding the right people accountable. But, he admits, this is very personal.

"I want to make sure my son's legacy lives on the right way," he says. "So part of this is making sure the record's straight. My grandson thinks his father was a hero, which he was."

Brostrom wants to make sure that's the way history remembers his son, too.