Accessibility links
Andrew Johnson, One Of The Worst U.S. Presidents The so-called accidental president is often cited among America's worst leaders. Annette Gordon-Reed is inclined to agree. In Andrew Johnson, she calls attention to the opportunities he missed that might have helped resolve racial inequities that still plague the U.S. today. 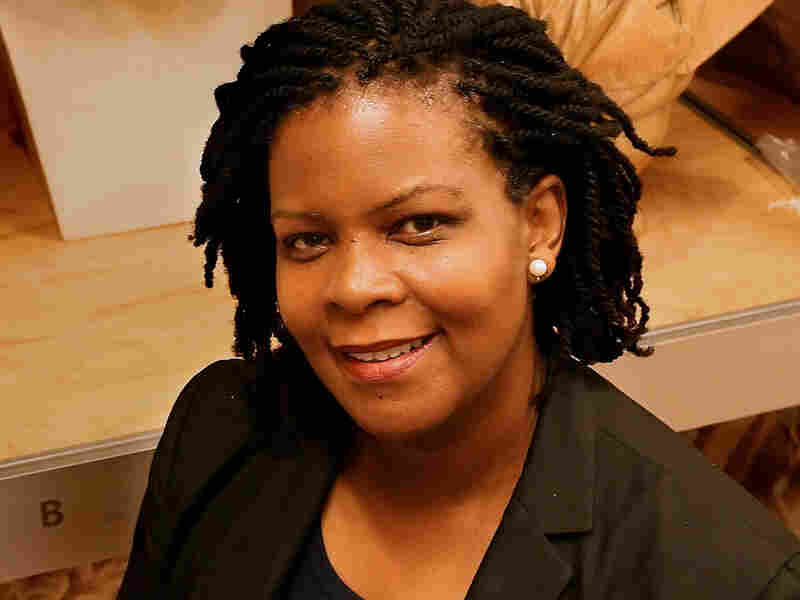 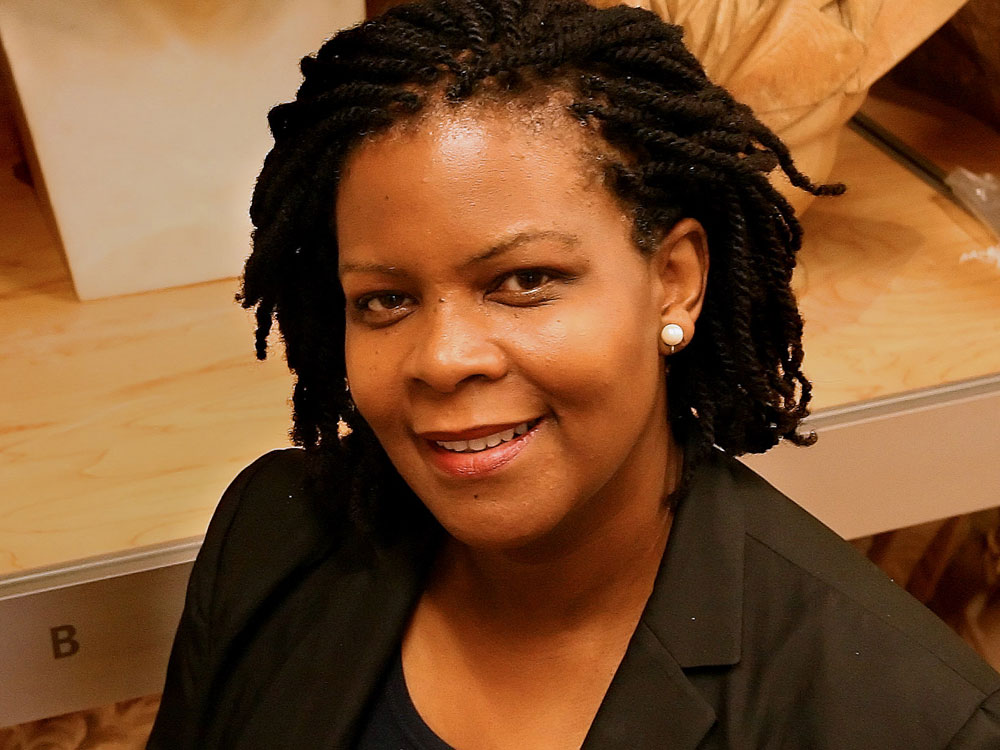 Annette Gordon-Reed won the Pulitzer Prize for her book, The Hemingses of Monticello.

Annette Gordon-Reed is inclined to agree. In her book Andrew Johnson, she calls attention to the opportunities he missed that might have helped resolve racial inequities that still plague the U.S. today.

Though Johnson and his predecessor, Abraham Lincoln, came from similar backgrounds, "there was a great difference in native talent," Gordon-Reed tells NPR's Neal Conan. While Johnson was clearly intelligent, Lincoln "was a genius, one of those extraordinary people who only come along once in a millennia."

So, though Gordon-Reed thinks the comparison between the two presidents is a little unfair to Johnson, she also doesn't pull any punches in her assessment of Johnson's faults. 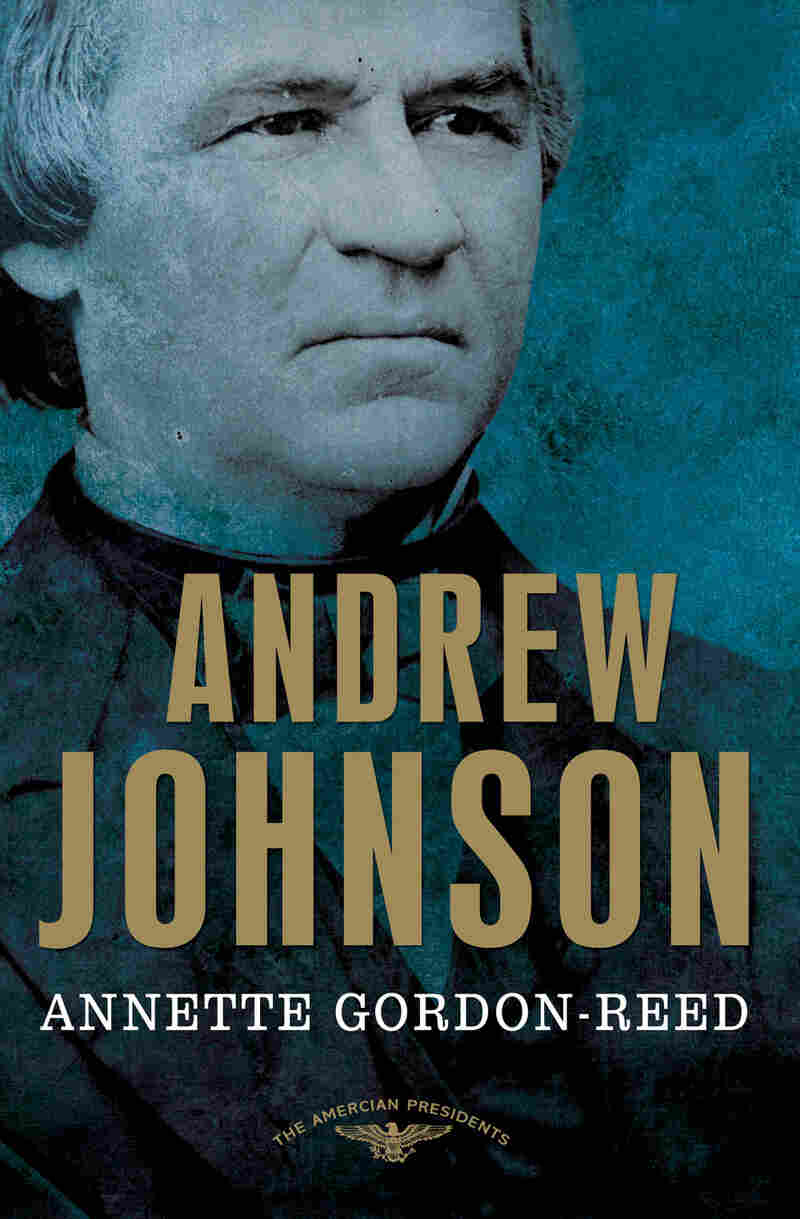 "He had a vision of America as a white man's government," Reed says. "His idea was that the South had never really seceded because it was illegal -- secession was illegal -- and so they had never really left the United States." That meant, to Johnson, that once the hostilities ended, the country would go back to how it was before the Civil War, only without slavery.

But that didn't mean Johnson saw great improvements for the lives of black people. He thought they'd be "not citizens but serfs, totally under the dominion of white people, except white people would not have the capacity to turn them into legal chattel."

Gordon-Reed also investigated a number of stories that have circulated about Johnson since the time he took office. For example, the allegation has been made that one of his slaves was his mistress, and that she bore him children.

"As you can imagine, in political campaigns people throw lots of things around," says Gordon-Reed. The woman in question was Dolly, whom Johnson bought when she was a teenager. "Within a few years, she had two children that were listed as mulatto in the census, and she was listed as black," she explains.

Gordon-Reed wasn't able to ascertain with certainty whether the story is true, but "in deference to Dolly, a teenage enslaved girl," she thought it was worth mentioning in the story of Johnson's life.

She also looked into the allegation that Johnson was somehow connected to the plot that murdered Lincoln. She didn't find evidence to support that rumor but has an explanation for its existence. "When somebody that famous and that beloved dies, it's very hard for people to accept that just an ordinary person killed them."

People wanted to believe there was a bigger explanation -- such as a coup involving Johnson -- for why Johnson escaped injury, but Lincoln was killed and Secretary of State William Seward was injured.  Gordon-Reed believes John Wilkes Booth's co-conspirator, George Atzerodt, meant to kill Johnson, too, but that Atzerodt just got drunk instead.

"The True Index of His Heart"

Frederick Douglass saw it in a brief glance he exchanged with Andrew Johnson during one of the most important rituals in the life of the American nation, performed at the most trying time in the country's history. It was March 4, 1865, and Abraham Lincoln and Andrew Johnson were about to be sworn in as president and vice president, respectively, of the United States of America. The forty-seven-year-old Douglass, the former enslaved man who had become a world-renowned abolitionist, had joined the throngs that descended upon Washington to witness the result of a seeming miracle. Four months earlier, the country had held a national election in the midst of a civil war and was now ready to return to office the man whom they had resoundingly reelected. Crowded conditions -- there was not a room to be had in all of Washington -- and a steady rain that produced "a sea of mud at least ten inches deep" plagued the festivities. Even with the horrid surroundings, Douglass would not have missed this for the world. His high hopes for the future of black Americans and the country as a whole rode, in large measure, on the man now returned to the helm of state. He had not hoped from afar, for he and Lincoln were well acquainted. Over the course of their association Douglass determined that while there might be differences in policy between them (he had, in fact, opposed Lincoln's renomination in 1864), the president, unlike the majority of whites he had encountered in his life, viewed black people as human beings.

Douglass did not know Andrew Johnson when he came to Washington that day. But the inaugural proceedings gave him a chilling look at the man from Tennessee. Douglass wrote:

There are moments in the lives of most men, when the doors of their souls are open, and unconsciously to themselves, their true characters may be read by the observant eye. It was at such an instant when I caught a glimpse of the real nature of this man, which all subsequent developments proved true. I was standing in the crowd by the side of Mrs. Thomas J. Dorsey, when Mr. Lincoln touched Mr. Johnson and pointed me out to him. The first expression which came to his face, and which I think was the true index of his heart, was one of bitter contempt and aversion. Seeing that I had observed him, he tried to assume a more friendly appearance, but it was too late; it is useless to close the door when all within had been seen. His first glance was the frown of the man; the second was the bland and sickly smile of the demagogue. I turned to Mrs. Dorsey and said, "Whatever Andrew Johnson may be, he is no friend of our race."

No friend of our race. The phrase likely falls quaint on modern ears, fixed in a past when blacks in America had to cultivate white "friends" to act as their surrogates in the political arena and make the case for fair, or at least not hostile, treatment. The overwhelming majority of the 4 million blacks in Douglass's America were enslaved, and those who were not lived as second-class citizens, or worse, in communities throughout the country. Despite some very real and persistent problems, their twenty-first-century descendants, who have the right to vote and hold public office, even the highest one in the land, exercise a degree of political, social, and economic power that would have stunned Frederick Douglass. If the man whom Douglass observed that day had had his way, none of this would ever have happened. Throughout the entirety of his political career Andrew Johnson did everything he could to make sure blacks would never become equal citizens in the United States of America. Tragically, he was able to bring the full force and prestige of the American presidency to the effort.

The Sage of Anacostia got it exactly right: Johnson was no friend to black people, at a time when blacks needed all the friends they could get. Because he believed that Lincoln would be the one to guide the United States to victory in the still-raging war, and help bring blacks to a new day, Douglass could afford to remark calmly to his companion when he came face-to-face with Johnson's true nature. He would have wailed (and probably did when it happened) had he any inkling that just a few weeks after that telling moment, an assassin's bullet would place the political fate of African Americans into the hands of a man who despised them.

Were it not so thoroughly steeped in mindless tragedy -- the first assassination of an American president, the destruction of the hopes of a people long treated as property who thought they were finally going to be able to live in dignity and peace, the lost chance to make the promise of America real to all who lived here -- one might be content to cast Andrew Johnson's time in the White House as a form of cosmic joke. The gods were playing tricks on us, giving us Abraham Lincoln exactly when we needed him, having him cut down by an inconsequential person, and then giving us Andrew Johnson to teach us the folly of even imagining that we controlled our own destinies. But the effects of Johnson's presidency were too profound, too far ranging -- reaching into twenty-first-century America -- to be considered anything approaching a joke or trick, even one to teach an important lesson. 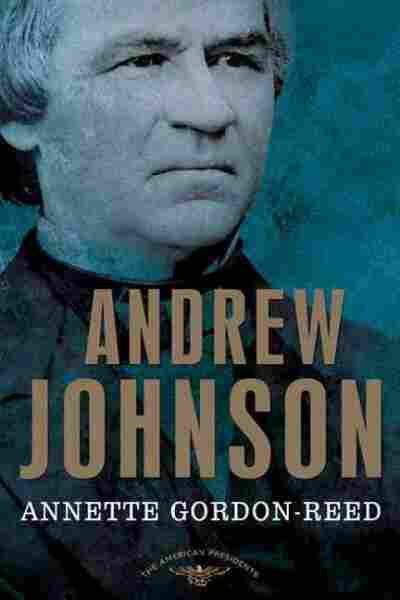