Accessibility links
An Army Wife Reflects On 'When The Men Are Gone' Debut author Siobhan Fallon writes about the lives of soldiers and their families in her new short story collection, You Know When the Men Are Gone. Families, she says, take the strangeness of deployment and learn how to create a new normal. 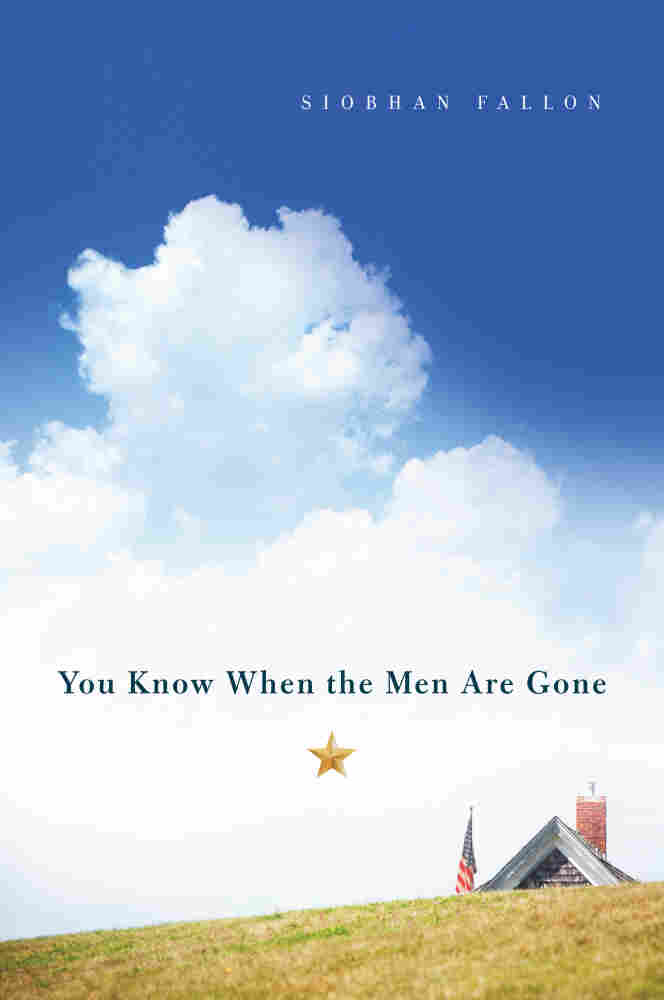 The wars in Iraq and Afghanistan have been fought in an age of embedded reporters, soldiers' blogs and YouTube videos from both the battlefield and the home front.

Debut author Siobhan Fallon employs the more traditional, low-tech medium of short fiction to describe the lives of soldiers, and especially their families, in her new collection, You Know When the Men Are Gone. Fallon is a military wife herself, and her new book is based largely on the experiences of Army families in Fort Hood, Texas. Fallon received an MFA from the New School in New York City, and she'll soon be leaving for Jordan, where her husband, an Army major, will be stationed.

When soldiers leave on a deployment, she writes, their spouses somehow manage. They improvise. They take the strangeness and make it normal. In her stories, wives have to deal with oil changes and home repairs -- as well as loneliness, the crises of adolescent kids and sometimes infidelity and death.

"As soon as the brigades start rotating out, you have this eerie sort of quietness," Fallon tells Fresh Air's Dave Davies. "And you just start to notice that there are more women and children because you don't have the balance of the males. Suddenly, you're just very aware of the families."

Those families, she says, learn to adapt while their soldiers are away. And sometimes, when their soldiers return, they pretend like they're starting all over again.

"When the soldiers come home, the spouses want to have a fresh start," she says. "A lot of times, the soldiers really don't want to share all of the experiences with their spouse from when they were in the war zone. But then when they come home, it's like starting anew, so it gives this whole feel of a new life starting."

On the fishbowl effect of an Army base

"The spouses are made very aware that their actions on the home front have an effect on their soldier at all times. An army base is a bit of a fishbowl, and I don't want to say that people are in each other's business, but you're hoping that your neighbors are doing OK. And when you think they might not be, people have a tendency to try and help them out. And that could be seen as nosy or it could be seen as being really responsible, but it's a fine line and because it's such a small world, I think the wives are aware of presenting a stable life."

On finding it hard to socialize with civilians

"From my experience, you have so much in common with the other spouses that so much is already understood when you've formed those friendships. You've been through a deployment before, so you have that in common right away. And especially in a place like Fort Hood, where so much of the community is military to begin with, you're surrounded by spouses who have so much in common with you that it's just easier to form those friendships, instead of the civilian friendships that would include the husband that you suddenly don't have."

On why there are some things in the military, like asking a military spouse for a loan, that are just unheard of

"If a spouse is having some kind of money problem, that might not look or reflect well on her husband and how they're keeping their finances. If she asks another spouse in her husband's unit [for a loan], it might get to the chain of command that somebody's having money troubles and then it reflects poorly on the soldier. So there are certain things that spouses might not always want to share, especially with strangers or people who aren't their closest friends."

On the difficulties of deployment

"Each time, I forget how much I would depend on my husband for these small details in my life that I didn't even realize he was doing. And then suddenly he was gone and I would have no idea what plumber we used or how to turn off the furnace -- these things that I can't even call him to find out. So it's definitely a tremendous readjustment when your soldier leaves. And it's almost as big of a readjustment when he returns, because after a year, you've actually finally figured out how to be independent. ... It's natural that there would be a little tension in that situation."

Excerpt: 'You Know When the Men Are Gone'

Three a.m. and breaking into the house on Cheyenne Trail was even easier than Chief Warrant Officer Nick Cash thought it would be. There were no sounds from above, no lights throwing shadows, no floorboards whining, no water running or the snicker of late-night TV laugh tracks. The basement window, his point of entry, was open. The screws were rusted, but Nick had come prepared with his Gerber knife and WD-40; got the screws and the window out in five minutes flat. He stretched onto his stomach in the dew-wet grass and inched his legs through the opening, then pushed his torso backward until his toes grazed the cardboard boxes in the basement below, full of old shoes and college textbooks, which held his weight.

He had planned this mission the way the army would expect him to, the way only a soldier or a hunter or a neurotic could, considering every detail that ordinary people didn’t even think about. He mapped out the route, calculating the minutes it would take for each task, considering the placement of streetlamps, the kind of vegetation in front, and how to avoid walking past houses with dogs. He figured out whether the moon would be new or full and what time the sprinkler system went off. He staged this as carefully as any other surveillance mission he had created and briefed to soldiers before.

Except this time the target was his own home.

He should have been relieved that he was inside, unseen, that all was going according to plan. But as he screwed the window back into place, he could feel his lungs clench with rage instead of adrenaline.

How many times had he warned his wife to lock the window? It didn’t matter how often he told her about Richard Ramirez, the Night Stalker, who had gained access to his victims through open basement windows. Trish argued that the open window helped air out the basement. A theory that would have been sound if she actually closed the window every once in a while. Instead she left it open until a rare and thundering storm would remind her, then she’d jump up from the couch, run down the steps, and slam it shut after it had let in more water than a month of searing-weather-open-window-days could possibly dry.

Before he left for Iraq, Nick had wanted to install an alarm system but his wife said no.

“Christ, Trish,” he had replied. “You can leave the windows and all the doors open while I am home to protect you. But what about when I’m gone?”

She glanced up at him from chopping tomatoes, narrowed her eyes in a way he hadn’t seen before, and said flatly, “We’ve already survived two deployments. I think we can take care of ourselves.”

Take care of this, Nick thought now, twisting the screw so violently that the knife slipped and almost split open his palm, the scrape of metal on metal squealing like an assaulted chalkboard. He hesitated, waiting for the neighbor’s dog to start barking or a porch light to go on. Again nothing. Nick could be any lunatic loose in the night, close to his unprotected daughter in her room with the safari animals on her wall, close to his wife in their marital bed.

Trish should have listened to him.

This particular reconnaissance mission had started with a seemingly harmless e-mail. Six months ago, Nick had been deployed to an outlying suburb of Baghdad, in what his battalion commander jovially referred to as “a shitty little base in a shitty little town in a shitty little country.” One of his buddies back in Killeen had offered to check on Trish every month or so, to make sure she didn’t need anything hammered or lifted or drilled while Nick was away.

His friend wrote: Stopped by to see Trish. Mark Rodell was there. Just thought you should know.

That was it. That hint, that whisper. 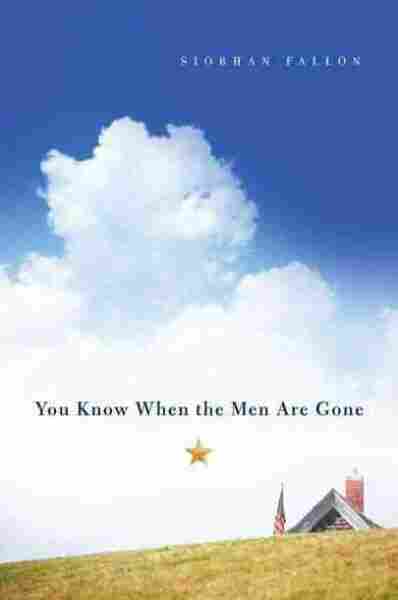 You Know When the Men Are Gone

Title
You Know When the Men Are Gone
Author
Siobhan Fallon