Accessibility links
Can Italy's Bad Boy Prime Minister Berlusconi Survive Another Scandal? Italy's Prime Minister Silvio Berlusconi is famous for surviving scandals that have dogged his rule. But he's looking more vulnerable. Prosecutors want to question him on allegations that he paid to have sex with a minor -- a Moroccan nightclub dancer who goes by the stage name Ruby Heartthrob. 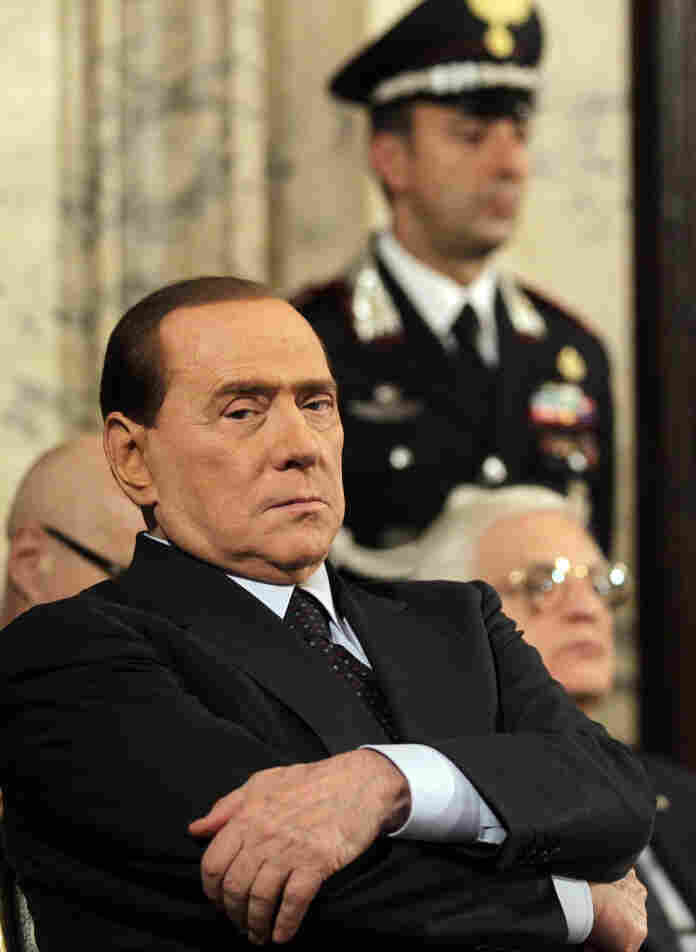 Silvio Berlusconi attends a meeting at the presidential palace in Rome on Dec. 20. Italy's leading newspaper reports that the Italian premier is under investigation in a prostitution case involving an underage Moroccan girl. Alessandra Tarantino/AP hide caption 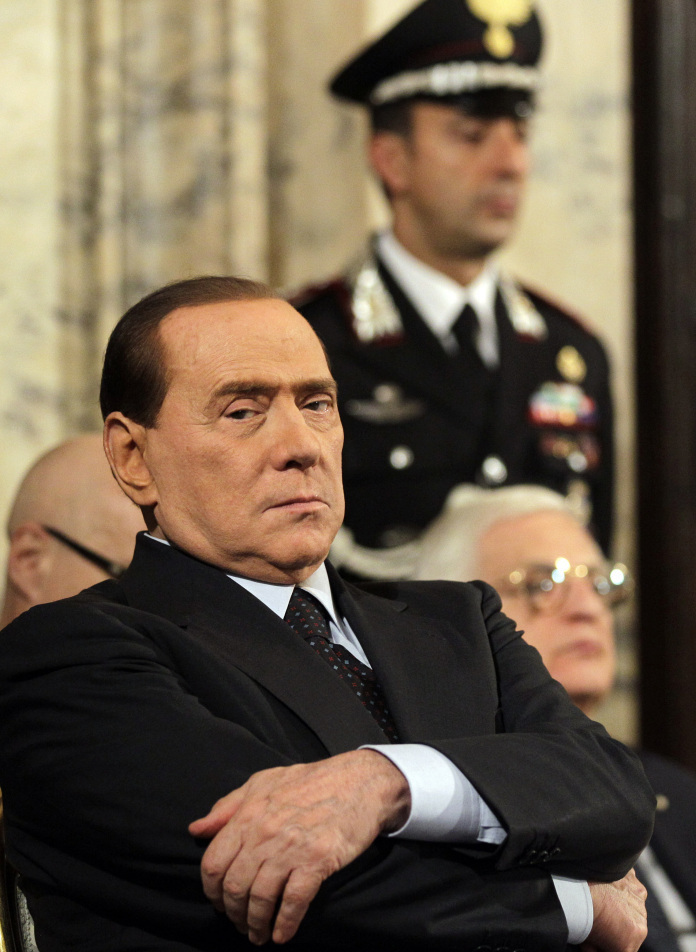 Silvio Berlusconi attends a meeting at the presidential palace in Rome on Dec. 20. Italy's leading newspaper reports that the Italian premier is under investigation in a prostitution case involving an underage Moroccan girl.

Italian Prime Minister Silvio Berlusconi is not new to scandals -- political, financial and personal. But now he's looking more vulnerable. Prosecutors in Milan want to question him on allegations that he paid for sex with a minor -- a Moroccan nightclub dancer who goes by the stage name Ruby Heartthrob.

Opposition leaders are calling for his resignation, but the prime minister remains defiant. The prosecutors also suspect Berlusconi abused his powers to spring the young woman from police custody when she was detained for theft.

Berlusconi has branded the probe a subversive plot aimed at toppling him from power. In a televised address Sunday, he appeared extremely tense.

"The charges against me are totally unfounded, actually laughable," he said. "The police officer denies I put pressure on him, and the minor denies she had sex with me and asserts she presented herself as a 24-year-old."

Since then, leaks of transcripts of wiretaps have emerged. Italian newspapers read more like torrid sex magazines than serious political analysis. Pages and pages are filled with conversations of TV-showgirl wannabes describing strip-teases -- and more -- in exchange for large sums of money.

They call it "bunga bunga" -- a game Berlusconi says he learned from Libyan leader Moammar Gadhafi.

In one wiretapped conversation, a young woman refers to Berlusconi’s residence as a "whorehouse."

"My case scares everyone," Ruby Heartthrob says in another wiretapped conversation regarding hush money. "It's worse than all the others. I told Silvio I want 5 million euros to compensate for my name being dragged in the mud. Silvio said, 'Ruby, I'll cover you in gold. The important thing is that you hide everything. Make it look like you are crazy.' "

The enraged leader of the opposition Democratic Party, Pier Luigi Bersani, said Berlusconi is not above the law and must step down.

"A minor should be in school, not having dinner at an old rich man's mansion," he said. "Police should not release a minor onto the streets -- whatever she looks like, she's still a minor and should be safeguarded by public officials. We're ashamed before the world, and if we stand for this, the world is right to be ashamed of us."

Some analysts say Berlusconi is vulnerable to blackmail, making this not just a moral issue, but one of national security. But Berlusconi supporters are circling the wagons, accusing prosecutors of waging espionage on the prime minister and his entourage.

And yet, the Catholic Church, which has long forcefully backed Berlusconi's government for its family-values policies, is showing unease. The Italian bishops conference newspaper l'Avvenire said the probe is a "devastating tornado that is beating down not just on the Italian leader but on the country's international image."

The image of the prime minister that has emerged corresponds to what his own estranged wife, Veronica Lario, described two years ago when she announced she was asking for a divorce. She said her husband was a sick man who frequents minors and gets showgirls elected to parliament.

She described his world as trash, filled with virgins seeking notoriety and fame by offering themselves to the dragon -- a world where everything is allowed and justified for its emperor.