Accessibility links
Goldman's Double Hit: Profit Slide, Facebook Gaffe Goldman Sachs reported that its fourth-quarter profits plunged more than 50 percent. That was an unwelcome surprise to investors that comes on the heels of the firm having to reverse course on a private offering of Facebook shares. 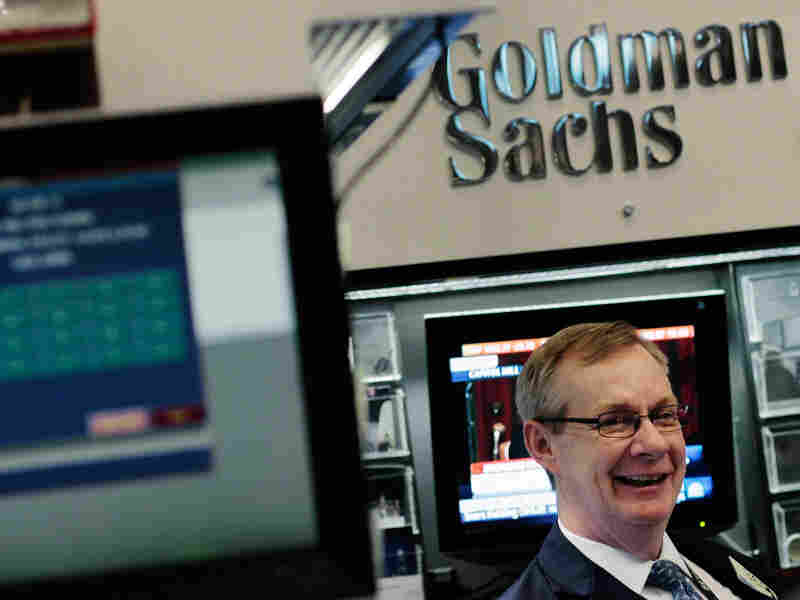 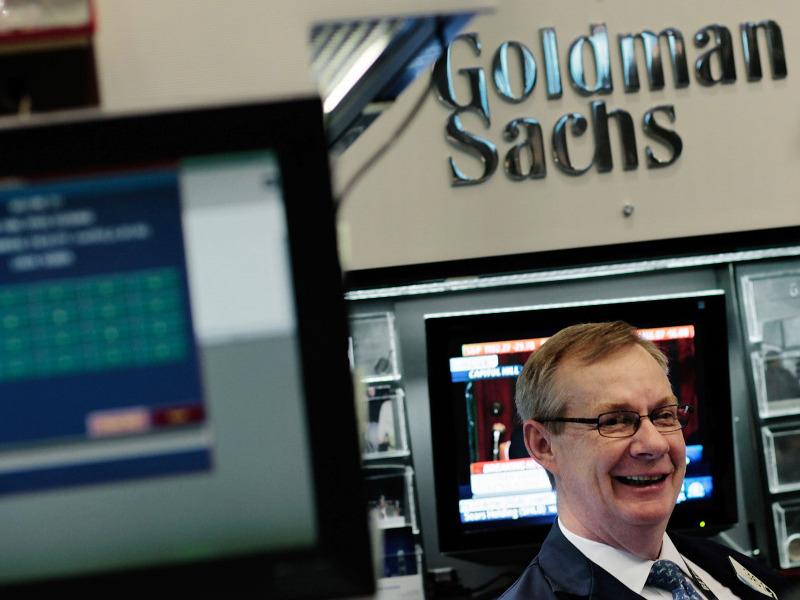 The Goldman Sachs booth on the floor of the New York Stock Exchange.

Goldman Sachs has the reputation for being the smartest and best-connected firm on Wall Street. But the company is having an unusually bad week.

Goldman reported Wednesday that its fourth-quarter profits plunged more than 50 percent. That was an unwelcome surprise to investors. On top of that, Goldman recently had to reverse course in the midst of a highly publicized stock deal — a private offering of $1.5 billion in shares of Facebook.

Some analysts say the Facebook snafu is looming larger.

"It's a fiasco — it's unbelievable," says Chris Whalen, who rates bank stocks for Institutional Risk Analytics. "I was stunned."

He says Goldman came up with the idea of holding a private stock offering to give select clients a chance to buy stock in Facebook in advance of a future public offering. But Whalen says this type of stock sale is not meant for big companies like Facebook.

At the last minute, Goldman seemed to realize there was too much public buzz about the deal and that it might run afoul of U.S. securities laws, which don't allow such stock sales to be promoted or advertised.

"They should have known that this was not going to work," Whalen says.

After calling up its best big-money clients and urging them to buy millions of dollars' worth of Facebook stock, Goldman had to call again to revoke the offer.

Sources on Wall Street say this angered many investors. NPR has learned of at least one client who pulled millions of dollars out of Goldman because of the blunder.

"You've raised questions in the client's mind as to whether or not you know what the hell you're talking about as a banker," Whalen says.

Whalen says he expected profits to fall considerably in 2010 as competition picked back up. In 2009, as the country emerged from the financial crisis, there was less competition and Goldman was able to make unusually large profits.

On Wednesday, David Viniar, the company's chief financial officer, said Goldman's earnings suffered because of "greater risk aversion" and "deterioration in conviction among institutional investors," which led to a "steady decline" in client activity.

As far as the Facebook offering, Goldman says scrapping it for U.S. investors was "the most prudent path to take."