Accessibility links
Christians Flock To South Sudan, Fear Future In North The government of Sudanese President Omar al-Bashir has talked about creating an Islamic state governed by Shariah law — if the ongoing referendum splits Sudan in two. This has many among the millions of Christians living in north Sudan fearing for their future.

Pronouncements by Sudanese President Omar al-Bashir and his government about creating an Islamic state governed by Shariah law — if the ongoing referendum splits their country in two — has many among the millions of Christians living in north Sudan fearing for their future.

No attacks against Christians have been reported during the referendum period. Nevertheless, Christians and church officials interviewed said they are taking no chances. 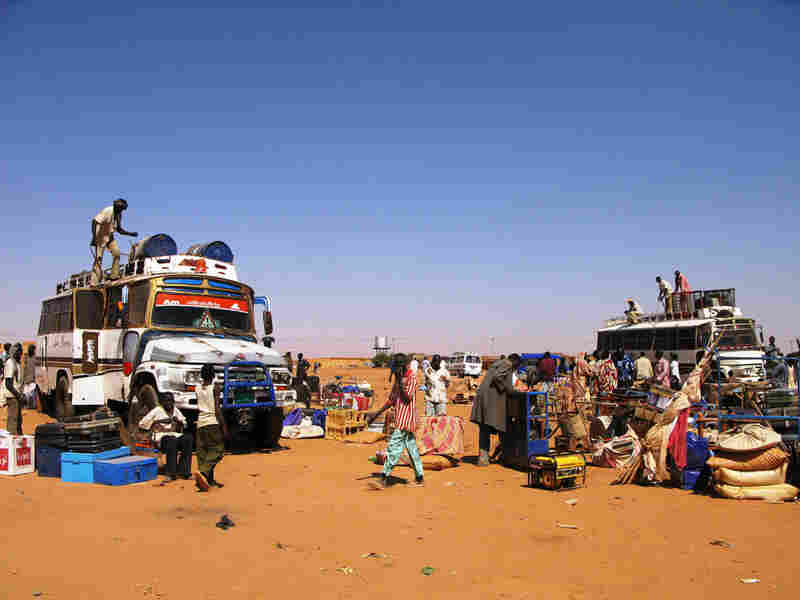 Southerners living in Jabarona, many of them Christian, pack up to head back to their homeland in the south. Many say they can't stay for fear of a backlash by the Sudanese government and its security forces after the referendum. Soraya Sarhaddi Nelson/NPR hide caption

Many Christians living in the north are originally from the southern part of Sudan. Thousands have been packing their belongings and returning to their homeland. In Jabarona, a slum on the outskirts of Khartoum where many displaced southerners live, arguments erupted recently over whose belongings were loaded onto the moving trucks first.

Everyone there seemed to fear being left behind.

One resident, Joseph Yel, said that he and other Christians have long felt mistreated by the police. He said the punishment is harsh if they are caught drinking alcohol, which is prohibited under Sudanese law because it's forbidden in Islam. Yel predicts things will only get worse if Islamic Shariah once again becomes the law of the land, as Bashir has pledged.

"When we drink alcohol, the government comes and take us away," Yel said. "Police officers beat our kids and take them to prison and say it's Shariah."

He adds it's better to go south to an ancestral homeland, where many of them haven't lived in decades, than stay in the north.

Saints Peter and Paul Parish, the second-largest Catholic church in greater Khartoum, has already lost about three-quarters of its parishioners, says the Rev. Musa Timothy Kacho. He adds many have moved south for good because they fear that fundamentalists and state security forces will come after them if they stay.

"They may take another step of expelling the priests from the north," he says, saying he heard this from someone in the government.

But Khartoum officials vehemently deny they are going after Christians, even if they do favor the ongoing exodus of southerners. They argue the southerners can't have it both ways, so if they secede, they will lose the right to stay in north Sudan.

Their departure would leave behind a population the government says would be 98 percent Muslim.

Christians who remain behind have nothing to fear from a new constitution based on Islamic law, said Ibrahim Ghandour, who is secretary of political relations for the ruling National Congress Party.

"You can see that the church is by the side of the mosque," Ghandour said. "Christians in the north will do better; their rights will be ensured. They know very well that Islam in Sudan is a religion of forgiveness."

All of the Christians interviewed for this story said they don't believe it. The Sudan Council of Churches, which represents 14 denominations, issued a decree last week calling for a Sudanese constitution fully guaranteeing all citizens' rights.

Others, like one Arab pastor for the Evangelical Presbyterian Church, say they are thinking about seeking asylum. This pastor asked that his name not be used for fear of arrest.

"Now that our brothers and sisters from the south are going, we feel like we are losing our shield, or our umbrella, so I think the situation is going [to be] worse," he said. "We don't know what is going to happen but we can guess that persecution is coming." 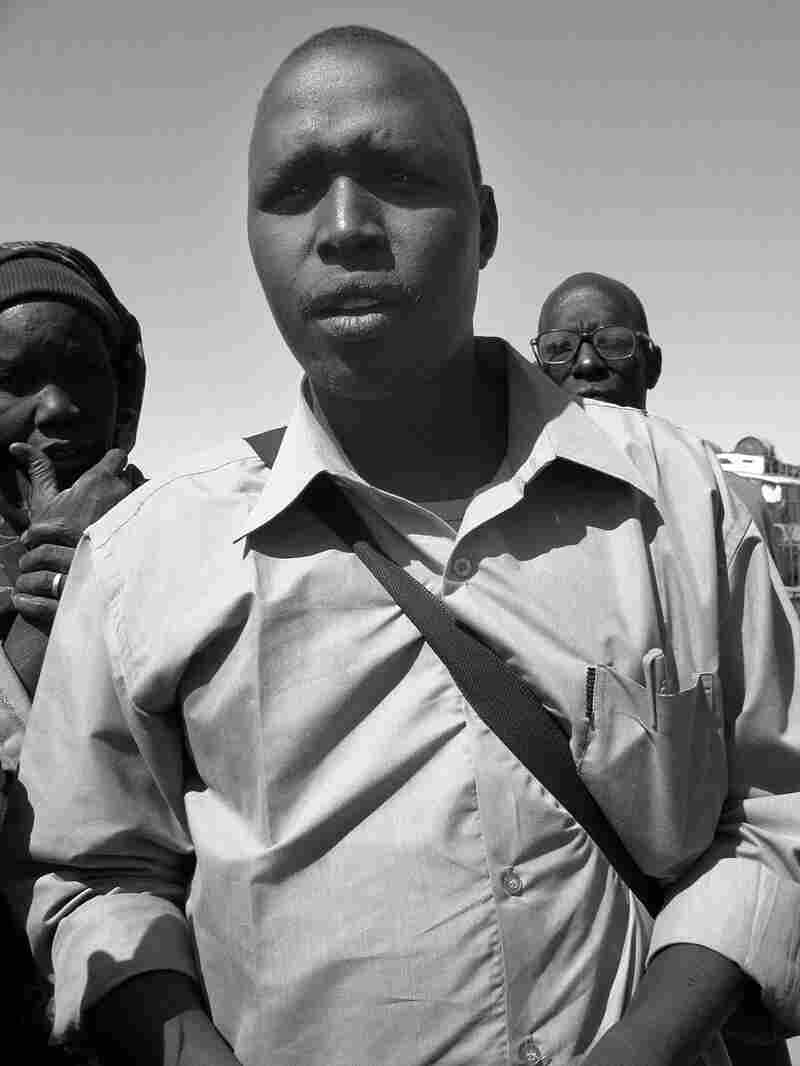 The pastor is especially in danger because he converted from Islam to Christianity. Some interpretations of Islam view such conversions as punishable by death. What Sudan will do is not yet known.

His friend and fellow convert is a sociologist, who also asked his name not be used. He said even before the referendum, his situation was getting tougher. He recounts how a couple of months ago, a local newspaper outed him and others for converting to Christianity many years before.

The writer asked why Islamic groups weren't going after the converts, the sociologist said. Afterward, his wife was attacked — in their home — by a man with a knife.

The sociologist says he hopes people will pray for Christians who choose to stay in north Sudan.

Those who stay may find refuge at shelters being set up by some churches — like at Saints Peter and Paul. Kacho says he is stockpiling water at a local school in case violence breaks out. He says he spends most of his time easing parishioners' fears.

Those results on whether Sudan will be divided begin trickling in this weekend.