Accessibility links
Curbs On Pathogens Pose Dilemma For Scientists After the Sept. 11, 2001, attacks, the government began imposing curbs on research into pathogens that could be potentially used by terrorists. That has led researchers to quietly destroy valuable specimens of some pathogens for fear of running afoul of legal restrictions. 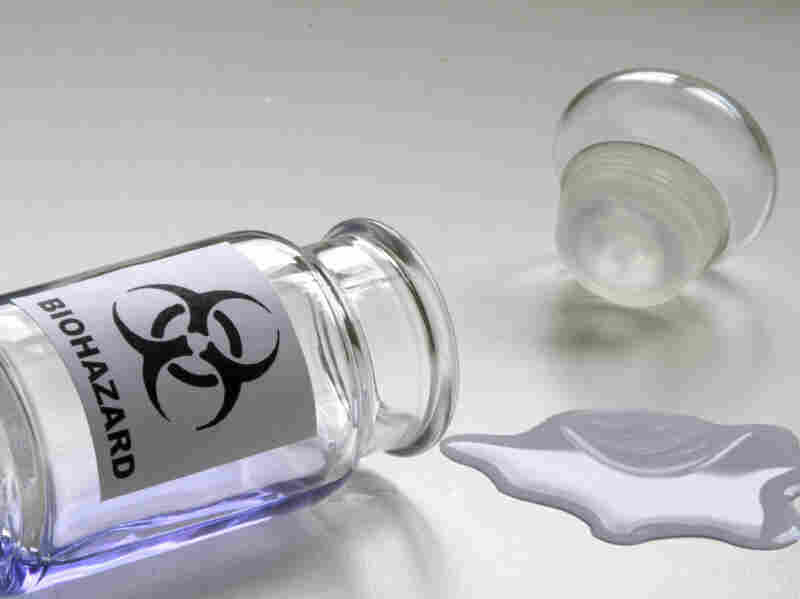 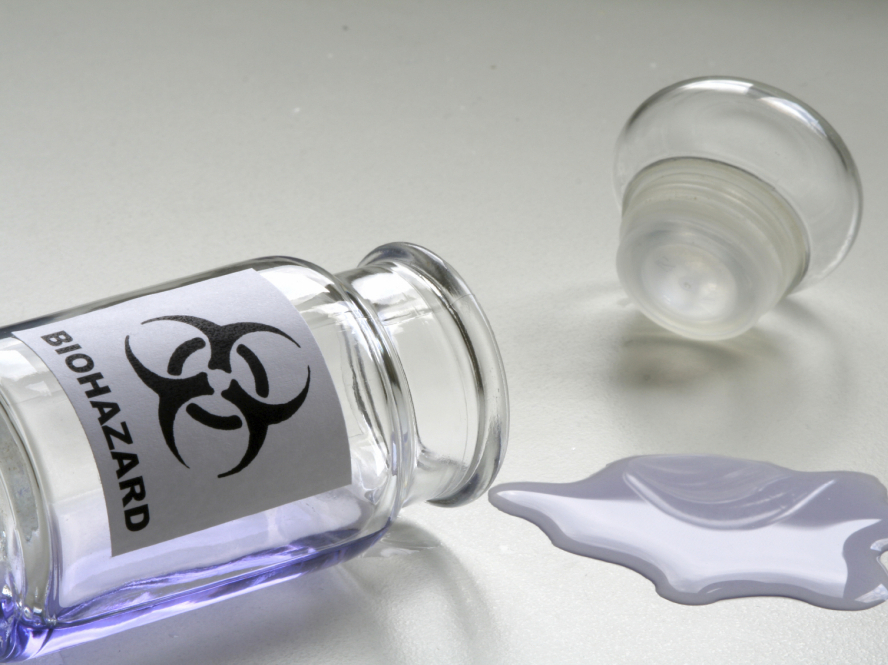 A recent survey of microbiologists across the country documented 13 episodes of microbial destruction involving viral, bacterial and fungal strains.

The fate of smallpox is once again on the agenda of the World Health Organization, which is considering whether to destroy the last known samples of the deadly virus, currently held in labs in the U. S. and Russia.

Some countries want to get rid of the smallpox strains so they can't be used as a weapon or get accidentally released. The U.S. government wants to keep them, saying they are still needed to develop new therapies and vaccines.

As this debate rages, however, experts say that valuable specimens of less famous pathogens are quietly being destroyed by researchers who fear running afoul of legal restrictions on who can possess and work with these other microbes.

'Enormous Amount Of Funding And Time'

For example, Anne Vidaver, a plant pathologist at the University of Nebraska, Lincoln, recently spent a few years researching Rathayibacter toxicus, a bacterium that causes a slime disease in grasses -- it makes the grasses toxic to grazing animals, like sheep.

But then the government decided this disease had potential as a bioweapon. So it was added to a special list of pathogens that could potentially be used by terrorists against crops or people. Once it became a so-called "Select Agent," all research had to be carefully controlled -- and that meant the end to business as usual for Vidaver's slime disease work.

Her lab would have to put in place new security measures, like background checks of personnel.

"It would have required an enormous amount of funding and time," she says.

So when she was unable to get the necessary funding, she destroyed her cultures.

In this case, she says, there are duplicate cultures in a secure government lab in Fort Detrick, Md. But Vidaver says she knows of colleagues facing similar situations who had to destroy unique samples of dangerous microbes -- meaning they were lost to science.

That kind of loss worries Michael Imperiale, a microbiologist at the University of Michigan in Ann Arbor.

"Some of these microbes might be valuable down the line," he says.

We don't know how many others there were out there. We can't say, 'Well, X percent of the strains were destroyed,' or something like that.

Michael Imperiale, microbiologist at University of Michigan in Ann Arbor

Scientists have historically collected different strains of viruses and bacteria because they are useful, he says. For example, large collections of influenza viruses helped researchers understand the pandemic flu strain that emerged a couple of years ago.

But Imperiale says he started to hear about scientists destroying certain microbes in the wake of the attacks of Sept. 11, 2001, and the anthrax attacks that soon followed. That was when the government started imposing its new restrictions on research into pathogens that could be potentially used by terrorists.

To get a sense of how many collections might have been lost in those confusing days, Imperiale and a colleague, Arturo Casadevall of the Albert Einstein College of Medicine, recently sent a survey to microbiologists across the country. It documented 13 episodes of microbial destruction involving viral, bacterial and fungal strains.

But Imperiale says this one survey can't show how widespread the practice was, and it may underestimate the numbers destroyed.

"We don't know how many others there were out there," he says. "We can't say, 'Well, X percent of the strains were destroyed,' or something like that."

In an e-mailed statement, the Centers for Disease Control and Prevention told NPR that the agency does try to help scientists transfer microbes to labs that can legally hold them. It noted that multiple collections have been transferred directly to the CDC -- and in many cases, the agency even helped pay for the shipping.

'A Lot Of Energy'

But Casadevall says destruction of microbes is an ongoing problem.

He says if a hospital recovers one of these select agents from a patient, for example, "you have only a few days by which to either send it to a collection or to destroy it."

Even if the hospital can find a collection that actually wants the microbe, Casadevall says, it takes time to arrange for special transportation and fill out all the paperwork.

Most busy doctors and researchers don't have the time, he says -- so the easiest way to comply with the law is destruction.