Accessibility links
The Nation: Time For A New Debate On Health Care The U.S. House voted in favor of repealing health care reform on Wednesday, a move that some say is merely an act of symbolism. John Nichols of The Nation argues that though the repeal serves no purpose, the current health care reform needs to be improved.

The Nation: Time For A New Debate On Health Care

The Nation: Time For A New Debate On Health Care 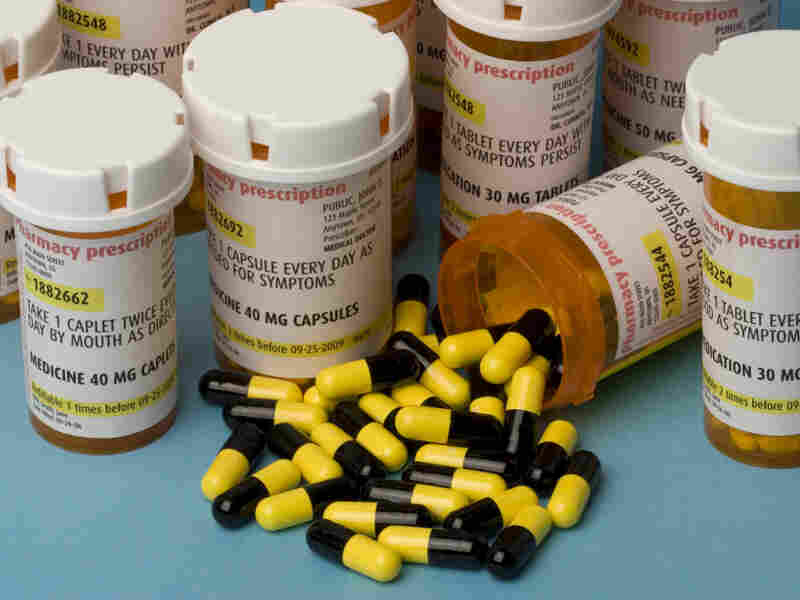 The U.S. House repealed the health care reform on Wednesday, a move that many say is merely symbolic. iStockphoto hide caption

John Nichols writes about politics for The Nation magazine as its Washington correspondent. He is a contributing writer for The Progressive and In These Times and the associate editor of the Capital Times, the daily newspaper in Madison, Wisconsin.

Americans are divided over the question of how best to reform a dysfunctional healthcare system.

But the new Republican majority in the U.S. House of Representatives entertains no doubt about what must be done: the for-profit insurance industry must be restored to its "proper" place as the determiner of who gets care -- and how much they will have to pay.

In the first major vote of the new Congress, the House voted 245-189 in favor of repealing the modest healthcare reforms implemented last year.

All 242 House Republicans voted for repeal, as did three Democrats.

House Speaker John Boehner and his fellow Republican caucus leaders claimed that the vote represented the will of the American people.

Survey research suggests that, while Americans are overwhelmingly supportive of healthcare reform, they are not sure the reform cobbled together by President Obama and the last Congress is the proper fix. According to a new Washington Post/ABC News poll, the country is divided three ways: 33 percent for complete repeal of the measure adopted last year, 35 percent for partial repeal and 30 percent for no repeal.

A new poll conducted for Associated Press finds that "strong opposition to the law stands at 30 percent, close to the lowest level registered in…surveys dating to September 2009."

All the surveys suggest that the American people are deeply divided with regard to the debate about repeal -- not feverishly determined to scrap the existing law, as so many House Republicans are claiming as they argue this week in favor of a symbolic repeal vote.

But those "headline" numbers don't begin to tell the whole story, however.

What about the tens of millions of Americans who are dissatisfied with the current law but who recognize that the whole debate about repealing it is a political show primarily designed to satisfy talk-radio hosts while exciting insurance-industry campaign donors?

The Americans who oppose repeal but who refuse to buy into the fantasy that the healthcare system has been sufficiently reformed are right. And there are a lot of them. According to the Associated Press poll, 43 percent of Americans want the government to do more to re-engineer the existing healthcare system.

That level of support for more radical reform is the great untold story of the current debate.

The American people are not fools.

Substantial numbers of them understand that what is called "healthcare reform" by Democrats and "Obamacare" by Republicans is, in fact, a compromise proposal that, at most, addresses the worst abuses of the nation's for-profit insurers and health providers while outlining a framework for genuine reform.

Unfortunately, Congress did not take the next and necessary step toward creation of a system that provides all Americans with high-quality healthcare while holding down costs -- which now eat up 17 percent of the country's GDP.

Rather, Republicans in the House used their new majority to push for a return to the bad old days when insurance companies executives were deemed to have an absolute right to their multimillion-dollar bonuses but children and people with pre-existing conditions were deemed to have a right only to beg for charity.

If the House debate on repeal of healthcare served a purpose, it was to illustrate the deep divide between those who believe the highest priority is to preserve insurance-industry profits and those who worry about sick kids.

Congresswoman Sheila Jackson Lee (D-TX) summed the whole charade up with her usual precision, when she invited House Republicans to consider their responsibility to represent not just corporations but the common good. "So I would argue that my good friends -- some of them are new and I appreciate their newness -- I appreciate their desire to keep a commitment to constituents -- but when you come to the Congress, you have to govern, you have to look at the whole of America," she declared during the extended debate on repealing the legislation that the House approved by a narrow margin last year. "And therefore, looking at the whole of America, you need to look at the crux; the crux is saving lives."

The congresswoman bluntly rejected the notion that repeal is the economic necessity Republicans suggest. Instead, she proposed, preserving reforms that protect the most vulnerable is a life-and-death necessity. "Frankly, I would just say to you, this is about saving lives. Jobs are very important; we created jobs," explained Jackson Lee. "But even the title of their legislation, H.R. 2, 'job-killing' -- this is killing Americans if we take this away, if we repeal this bill."

That's a credible argument, to be sure.

But what of real reform? What about the changes that might get to the heart of the matter of ending the profiteering that makes healthcare so expensive and inaccessible?

Kucinich warned that: "Repeal means Americans will continue to pay more for insurance but get less, that is, if they can afford health care insurance in the first place."

But the co-author of "Medicare for All" legislation that would extend the Medicare system to all Americans, regardless of age, did not stop there.

"The very idea of health care reform solely within the context of a for-profit system has been more than problematic. Today, 50 million Americans have no health insurance.  What are we going to do for them?" said Kucinich. "Rather than waste time on debating how much reform insurance companies will permit -- if any -- it is time to change the debate. It is time to end the for-profit health care model. It is time for not-for-profit health care, single-payer, universal, Medicare for All -- with an emphasis on wellness and personal responsibility."