Accessibility links
A 'Warrior Woman' Confronts Mortality, In Verse In her new memoir, peace activist and author Maxine Hong Kingston explores the inevitabilities of her age. I Love A Broad Margin To My Life is a creative meditation on growing old — all written in free verse. 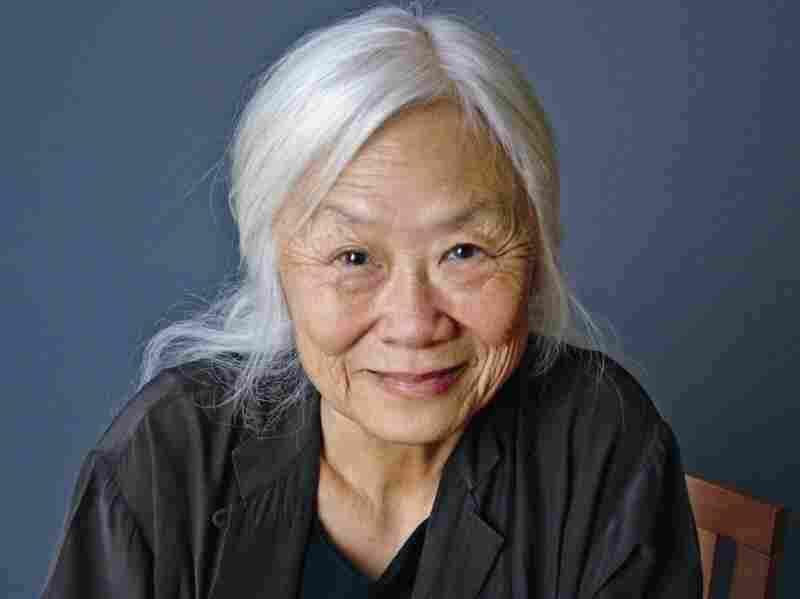 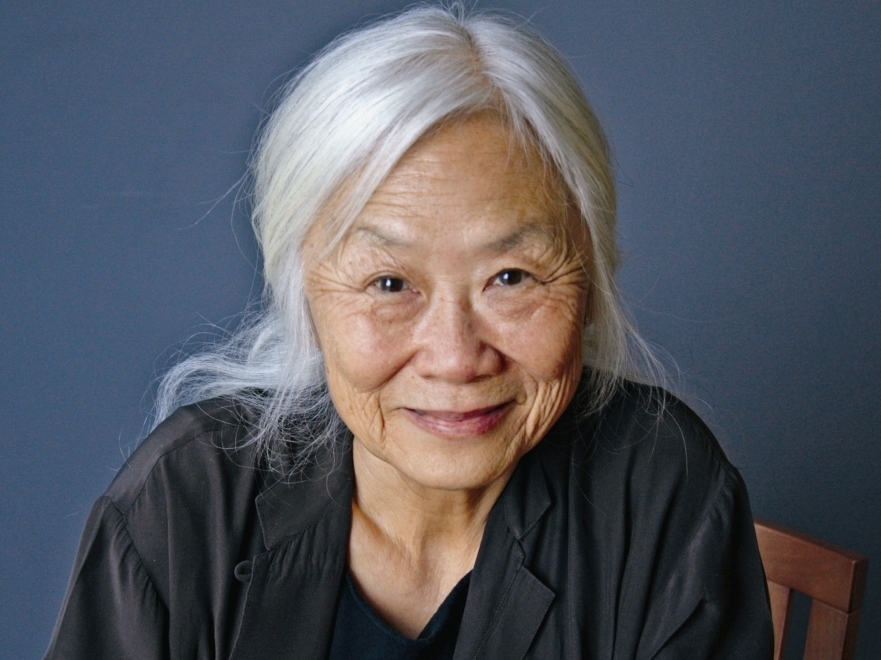 Maxine Hong Kingston's mother and grandmother were both lucky enough to live to 100. So 70-year-old Kingston, a professor and peace activist, hopes she has many years left — but she's starting to face the inevitabilities of her age. Her new memoir, I Love A Broad Margin To My Life, is a meditation on growing old.

Kingston's first published memoir, the iconic Woman Warrior, described her childhood as the daughter of Chinese immigrants in California. The 1976 book was a hybrid of genres, melding Kingston's memories with Chinese folklore — and it inspired a generation of writers to pen their own personal stories in creative prose.

In I Love A Broad Margin To My Life, Kingston continues to embrace creative storytelling, this time by writing her entire narrative in free verse. Ghosts from her past works are woven in and out of the story as she faces the challenges of aging.

Accepting the deaths of the people who have shaped her identity is one of those challenges, Kingston tells NPR's Neal Conan. "That is something that's not easy to take at this time of one's life.

"People who were your companions as you grew up and grew older, they are leaving now," Kingston says. "And when my friends and beloved people leave, I feel a draw to go with them ... I need to think of reasons for staying here."

One of the most compelling reasons to stay, Kingston says, is the responsibility that comes with becoming an "elder." Being an elder is very different than simply growing old, she says, and most people are unaware of the distinction.

Elders "have the wisdom and the ideas and the vision to make a good world," Kingston says. In her view, they commit to being leaders and sharing their wisdom with others.

That commitment, says Kingston, made Martin Luther King Jr. an elder, even at the young age of 39. "He had the vision of the beautiful community, and he worked ... to build that, and to show everybody how that's possible."

Kingston hopes to live to 100 like her mother and grandmother. But she riffs on Henry David Thoreau's desire to "live deliberately" (his quote from Walden inspired her book's title) when she says she intends to "die deliberately."

"I don't think that's alarming," she says. "I think that's very comforting ... That we can even learn at the very last moments of our lives."

Excerpt: 'I Love A Broad Margin To My Life" 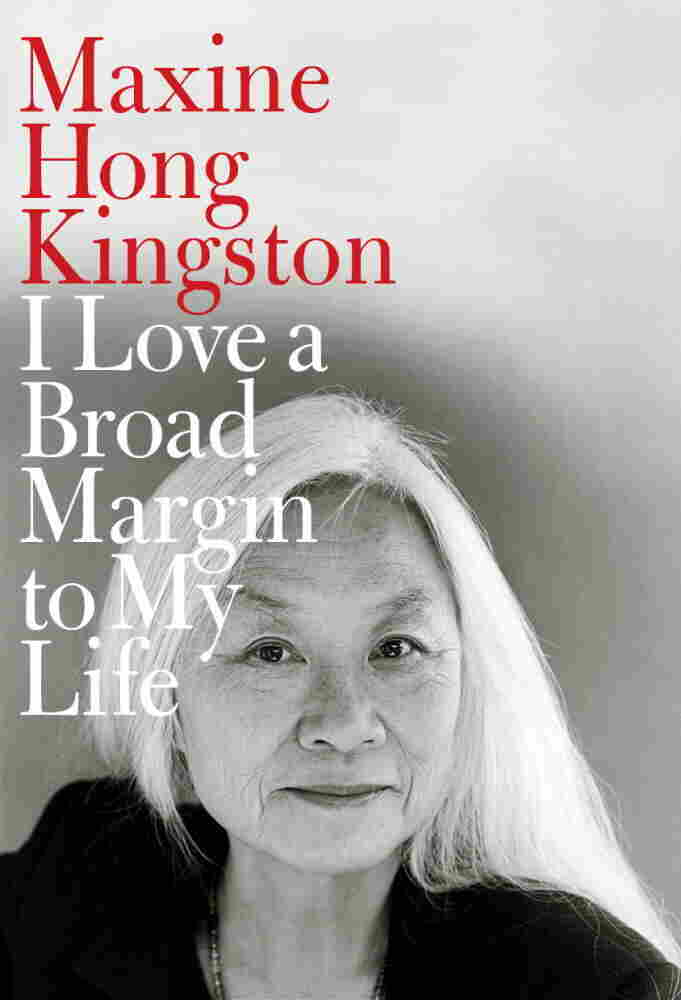 I am turning 65 years of age.
In 2 weeks I will be 65 years old.
I can accumulate time and lose
time? I sit here writing in the dark —
can't see to change these penciled words —
just like my mother, alone, bent over her writing,
just like my father bent over his writing, alone
but for me watching. She got out of bed,
wrapped herself in a blanket, and wrote down
the strange sounds Father, who was dead,
was intoning to her. He was reading aloud
calligraphy that he'd written — carved with inkbrush —
on his tombstone. She wasn't writing in answer.
She wasn't writing a letter. Who was she writing to?
Nobody.

This well-deep outpouring is not for
anything. Yet we have to put into exact words
what we are given to see, hear, know.
Mother's eyesight blurred; she saw trash
as flowers. "Oh. How very beautiful."
She was lucky, seeing beauty, living
in beauty, whether or not it was there.

I am often looking in mirrors, and singling
out my face in group photographs.
Am I pretty at 65?
What does old look like?
Sometimes I am wrinkled, sometimes not.
So much depends upon lighting.
A camera crew shot pictures of me — one of
"5 most influential people over 60
in the East Bay." I am homely; I am old.
I look like a tortoise in a curly white wig.
I am stretching head and neck toward
the light, such effort to lift the head, to open
the eyes. Black, shiny, lashless eyes.
Talking mouth. I must utter you
something. My wrists are crossed in my lap;
wrinkles run up the left forearm.
(It's my right shoulder that hurts — Rollerblading
accident — does the pain show, does my hiding it?)
I should've spoken up, Don't take
my picture, not in that glare. One side
of my neck and one cheek are gone in black
shadow. Nobody looks good in hard focus,
high contrast — black sweater and skirt,
white hair, white sofa, white
curtains. My colors and my home, but rearranged.
The crew had pushed the reds and blues and greens aside.
The photographer, a young woman, said, "Great. Great."
From within my body, I can't sense that crease
on my left cheek. I have to get — win —
compliments. "You are beautiful." "So cute."
"Such a kind face." "You are simple."
"You move fast." "Chocolate Chip."
A student I taught long ago
called me Chocolate Chip. And only yesterday
a lifelong friend told Earll, my husband,
he's lucky, he's got me — the Chocolate Chip.
They mean, I think, my round face
and brown-bead eyes. I keep
count. I mind that I be good-looking.
I don't want to look like Grandmother,
Ah Po. Her likeness is the mask of tragedy.
"An ape weeps when another ape weeps."
She is Ancestress; she is prayed to. She
sits, the queen, center of the family in China,
center of the family portrait (my mother in it too,
generations of in-laws around her) — all
is black and white but for a dot of jade-green
at Po's ears, and a curve of jade-green
at her wrist. Lotus lily feet show
from the hem of her gown. She wanted to be
a beauty. She lived to be 100.
My mother lived to be 100. "One
hundred and three," she said. Chinese
lie about their age, making themselves older.
Or maybe she was 97 when the lady official
from Social Security visited her, as the government visits
everyone who claims a 100th birthday.
MaMa showed off; she pedaled her exercise
bike, hammer-curled hot pink barbells.
Suddenly stopped — what if So-so Security
won't believe she's a century old?
Here's a way for calculating age: Subtract
from her age of death my age now.
100 - 65 = 35
I am 35 years-to-go.

Lately, I've been
writing a book a decade; I have time
to write 3 more books. Jane Austen
wrote 6 books. I've written 6 books.
Hers are 6 big ones, mine
4 big ones and 2 small ones.
I take refuge in numbers. I
waste my time with sudoku.
Day dawns, I am greedy, helpless
to begin 6-star difficulty
sudoku. Sun goes
down; I'm still stuck for that square
that will let the numbers fly into place.
What good am I getting out
of this? I'm not stopping time. Nothing
to show for my expenditures. Pure nothing.

8 days before my birthday, I went
to John Mulligan's funeral. He was 10
years younger than me. He died without
finishing his book, MIAmerica.
(I have a superstition that as long as I,
any writer, have things to write, I keep living.)
I joined in singing again and again
a refrain, "Send thou his soul to God." Earll,
though, did not sing, did not
say any of the Latin, any of the prayers.
He muttered that the Catholic Church divides you
against yourself, against your sexy body.
"The Church is a gyp." John Mulligan should've
been given a pagan ceremony; Woman Warrior,
Robert Louis Stevenson, and Cuchulain
had come to him in Viet Nam. John
carried them, tied to him by silver cords,
to the U.S. The priest, who came from the Philippines,
kept reminding one and all that the benefits
he was offering were for "Christians" only. But
he did memorialize John being born and raised
in Scotland, and coming to America at 17.
Summarily drafted to Viet Nam. You
didn't have to be a citizen to be drafted.

The war count, as of today:

7 days before my birthday, I had breakfast with
Mary Gordon, who's always saying things
I never thought before: "It's capitalistic
of us to expect any good from peace demonstrations,
as if ritual has to have use, gain, profit."
I agreed, "Yes, it's Buddhist to go parading
for the sake of parading." "Can you think of a writer
(besides Chekhov) who is holy and an artist?"
"Grace Paley." She smiled. "Well, yes."
Obviously. "Thoreau." "Oh, no. Thoreau's
too Protestant, tidy, nonsexual. He goes
home to Mom for hot chocolate. No
sex, no tragedy, no humor."
Come to think of it, Thoreau doesn't make
me laugh. A line from Walden hangs over one
of my desks:

I love a broad margin to my life.

Sitting here at this sidewalk café with Mary,
deliberately taking time off from writing
and teaching duties, I am making a broad margin
to my life. The margin will be broader when we part,
and I am alone. Thoreau swam, then sat in the doorway
of his "Shelter," "large box," "dwelling-house,"
alone all the summer morning, rapt
in the sunlight and the trees and the stillness.
Birds flitted through the house. ". . . Until
by the sun falling in at my west window,
or the noise of some traveller's wagon on the distant
highway, I was reminded of the lapse of time."
I have a casita of my own, built instead of
a garage after the Big Fire. Its width
is the same as Thoreau's (10 feet), its length
a yard longer. He had a loft; I have
a skylight. I want to be a painter.
Sometimes, I hear the freeway, now and again
the train, and the campanile. Thoreau heard
the band playing military music; his neighbors
were going to war against Mexico. He made up his mind
not to pay taxes.
Trying broad-
margin meditation, I sit in
the sunny doorway of my casita, amidst the yucca
and loquats and purple rain birches. Some I
planted, some volunteered. Birds —
chickadees, finches, sparrows, pairs of doves,
a pair of towhees, and their enemy, the jay. Hawk
overhead. Barn swallows at twilight.
I know: Thoreau sat with notebook
and pencil in hand. Days full of writing.

Days full of wanting.
Let them go by without worrying
that they do. Stay where you are
inside such a pure hollow note.

Evening, at an Oxfam Relief benefit
for Hurricane Katrina refugees, I read aloud
what Gilgamesh of Uruk (Iraq!) heard about a flood.
The Euphrates flattened a city ". . . bringing calamity
down on those whom now the sea engulfs
and overwhelms, my children who are now the children
of fishes." Earll auctioned away a 100th
anniversary Mardi Gras doubloon handed down
from his family. A bakery donated an immense cake
with candles, and people sang Happy Birthday to me. 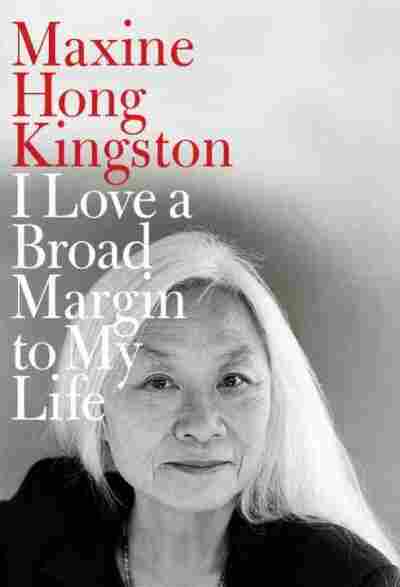