Accessibility links
Delays Plague Opening Of Afghan Parliament President Hamid Karzai has put off seating Afghanistan's new parliament for at least a month, angering many. Now, Afghans are asking if it's time to move ahead despite a flawed election, or let the dispute drag on. Meanwhile, Karzai is in a position to rule by decree. 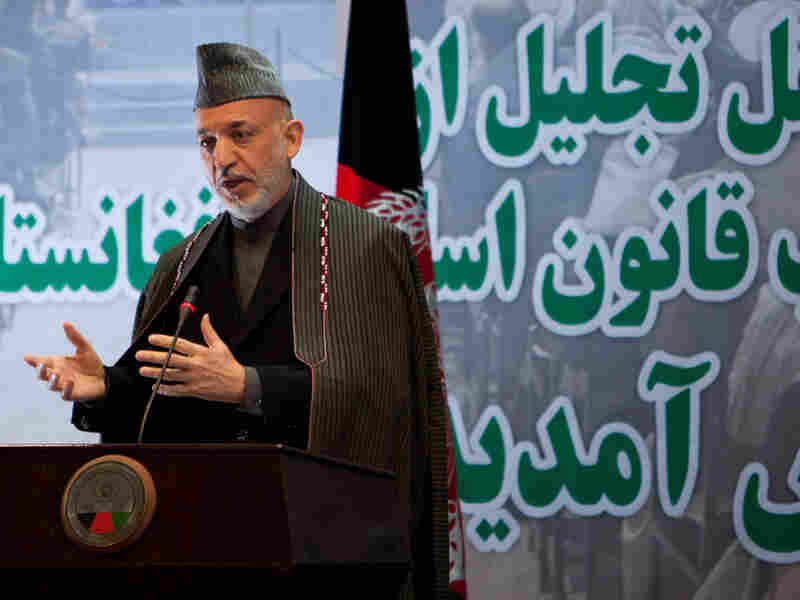 A special tribunal set up by Afghan President Hamid Karzai has urged the president to delay the opening of Afghanistan's parliament, four months after the country's disputed elections. Majid Saeedi/Getty Images hide caption

President Hamid Karzai has put off seating Afghanistan's new parliament for at least another month, just days before the planned inauguration. A legal battle has continued ever since the ballots were cast in September.

Now, Afghans are asking if it's time to move ahead with a flawed election, or let the dispute drag on in an attempt to correct the results. In the meantime, Karzai is in a position to rule by decree.

The freshman class of Afghanistan's 2010 parliament had already waited four months, with varying degrees of patience, when a sort of orientation was scheduled this week.

The more than 200 elected members of parliament underwent three days of training in parliamentary procedure at Kabul's Intercontinental Hotel, but the party ended abruptly when they heard the news that the Supreme Court had asked Karzai to put off the inauguration for another month. They reacted with anger and disbelief.

"This is a coup d'etat," said Ahmad Behazad, a re-elected parliamentarian from western Heart province. Any delay is unconstitutional, he said. But that's where opinions diverge.

Afghanistan's two electoral bodies are supposed to be the sole arbiters of election complaints. Despite widespread allegations of fraud, the electoral committees had ratified the results as "good enough," along with a nod from the U.N. and the United States. 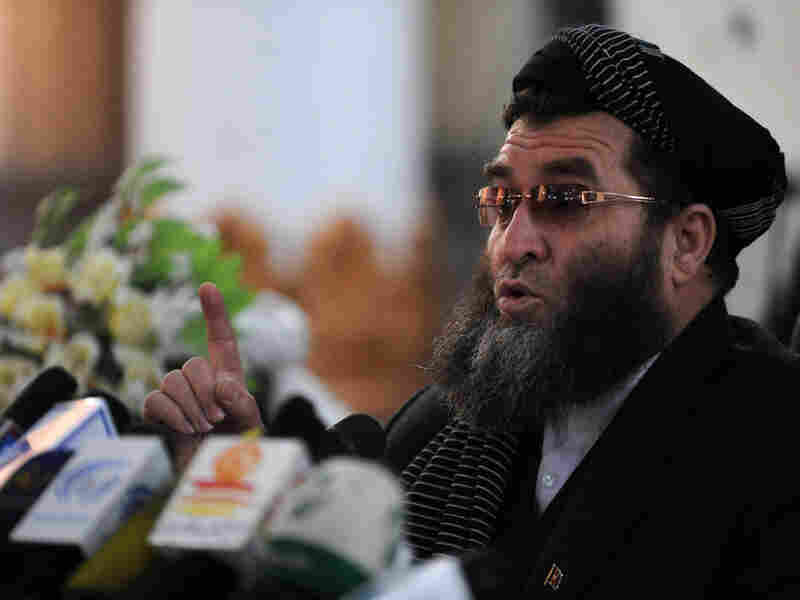 Sedaqullah Haqiq, head of the Supreme Court special tribunal, announces the panel's decision Wednesday, to the anger of many of the parliamentarians-elect. Shah Marai/AFP/Getty Images hide caption

But Karzai asked the Supreme Court to set up a special tribunal for election complaints. Critics say that's because the results as they are don't favor Karzai's parliamentary allies or his fellow ethnic Pashtuns, who were unable to vote in many districts because of Taliban threats. To many of those candidates, the delay seemed like justice.

When Sedaqalluh Haqiq, the chairman of the Supreme Court, ruled that Karzai should delay seating the parliament, a group of losing candidates in the audience couldn't restrain themselves.

Karzi's actions have raised the hopes of candidates like Daoud Sultanzoi. In his native Ghazni province, Pashtuns have a clear majority, but threats from the Taliban closed polling stations in most of their districts. All 11 seats in Ghazni went to non-Pashtun minorities. If the results aren't corrected, it will drive Pashtuns into the arms of the insurgency, says Sultanzoi.

"The legitimacy issue is a very important factor in a country like Afghanistan that is at war," he says.

The Supreme Court did mention the possibility of re-running the election completely, which would be fine with candidates like Sultanzoi. But it would not likely be acceptable to the international community, which spent tens of millions of dollars to hold the election, and then endorsed the results. But Sultanzoi rejects the international pressure.

"Is that better, to fix things and then hold elections, or just hold elections because it satisfies Washington's political calendar?" he says.

As the stalemate continues, the parliament building is empty: Police have turned the outgoing legislators away from the building, and the new ones have not yet been invited in. But the new legislators say that won't be the case for long.

Fawzai Kofi, a re-elected parliamentarian from Badakhshan province, says that 200 of the elected members of parliament are going to go to the building on Sunday, with or without the president's approval.