Accessibility links
Haiti's Political Crisis Grows More Complex Haiti this week is a nation stuck between its past and its future. The country is revisiting the regime of brutal dictator "Baby Doc" Duvalier at the same time that it struggles to select its next president.

Election officials in Haiti say Monday is the deadline to file complaints stemming from the disputed Nov. 28 presidential polls. This may pave the way for a runoff date and an announcement about candidates. 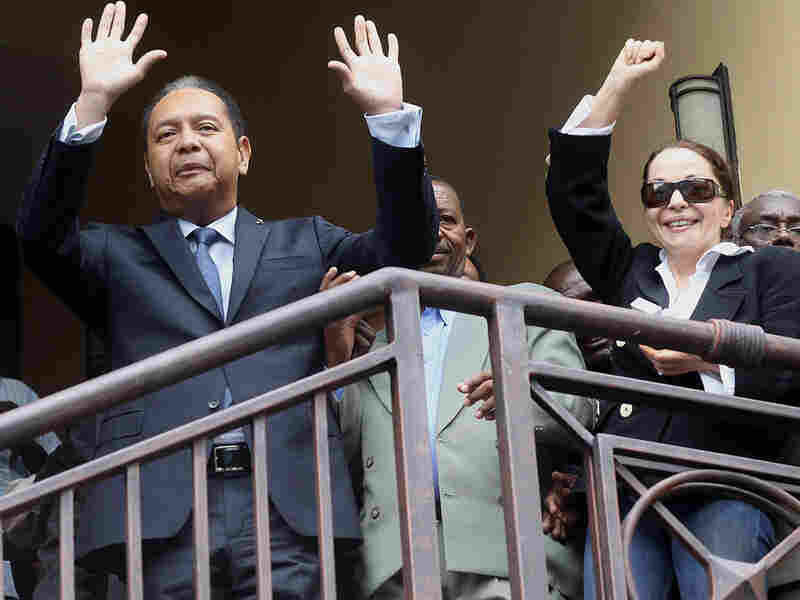 The political crisis in Haiti is not only growing more complicated; some observers say it's growing more dangerous.

Haiti this week is a nation stuck between its past and its future. The country is revisiting the regime of a brutal dictator at the same time that it struggles to select its next president.

At Radio Kiskeya, tears streak down Liliane Pierre-Paul's cheeks as she recounts being tortured by Jean-Claude Duvalier's secret police, known as the Tonton Macoutes.

"It was very cold," says Pierre-Paul, a journalist, activist and opponent of the Duvalier regime. "And they took me out, stripped me naked while everyone there was looking at me and commenting on my body. And they made me jump in cold water."

Pierre-Paul says she was lucky to survive Jean-Claude Duvalier's regime. Many other critics didn't. Human rights groups estimate Duvalier, known as "Baby Doc," and his father, "Papa Doc" Duvalier, disappeared or killed some 30,000 Haitians during their three decades in power.

Police briefly took Duvalier into custody this week. As he was driven off in a police convoy, dozens of his supporters waved banners from a Duvalierist political party and sang Baby Doc's praises.

Duvalier was questioned over accusations that he stole millions of dollars from the treasury during his 15-year reign. After about four hours, he was released. He could still face eventual arrest and a trial.

Duvalier's lawyer Gervais Charles says he's at a loss as to why his client returned.

"I think his trip here was very ill advised, and I don't know why he came, really," says Charles.

Charles is also the head of the Haitian Bar Association and an adviser to one of the leading presidential candidates, Michel Martelly. Charles says Duvalier's presence serves as a huge distraction in the midst of a tense political standoff over the disputed November election.

After the preliminary results said Martelly was eliminated from the second round, his supporters rioted in the streets.

Election observers from the Organization of American States were asked to review the results. They determined that Martelly should in fact be in the final round. But now President Rene Preval's electoral officials say that report is just a recommendation.

Charles says that once again in Haiti, the people in power are attempting to cling to power.

"We are trying to cope and see if we can have democratic state, but we are not there yet," says Charles.

Aristide To Join The Mix?

Further complicating things, former Haitian President Aristide issued a statement Wednesday night saying he, too, is ready to return from exile. "Today, tomorrow, at any time," he wrote from South Africa. Aristide was flown out of the country in 2004 on a U.S. military aircraft.

"Aristide has a large following," Alexis says, and he's capable of changing the political landscape. 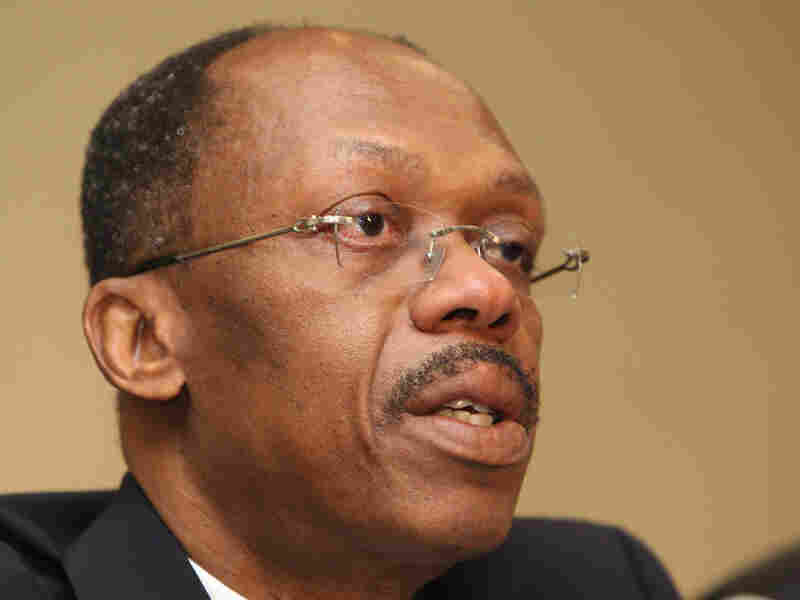 Alexis was one of the 12 presidential candidates who denounced "massive fraud" during the recent election.

Election officials, however, are pushing forward with the process and could announce who is in the runoff as early as next week.

Alexis says if the commission eliminates Martelly, violent street protests could erupt again across the country.

"I believe that the country is now ripe for a violent explosion," Alexis says. "And it's also fair to say that the transition to a democratic state has been a failure.

Preval's term is supposed to end early next month. Alexis and others are proposing that Preval step down and that a provisional government be installed to oversee an entirely new election.

Preval, however, pushed through legislation last year allowing him to extend his term in office — if choosing his successor gets delayed.