Accessibility links
The Mix: Ari Up, The Slits And The Women Of Post-Punk Ari Up, leader of the pioneering post-punk band The Slits, would have turned 49 on Jan. 17. WNPR's Anthony Fantano pays tribute to the singer with a 56-song mix of music by bands inspired directly and indirectly by Ari Up's trailblazing spirit.

This Audio Is No Longer Available 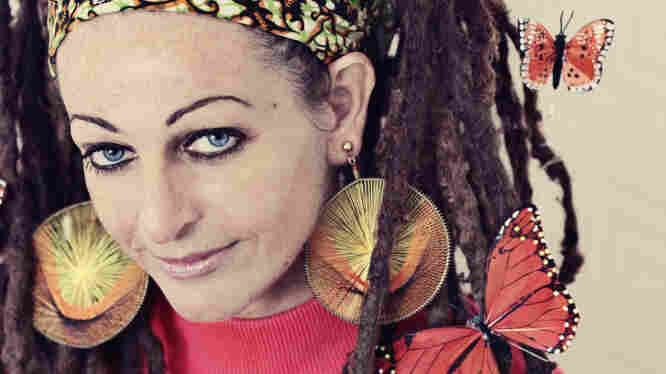 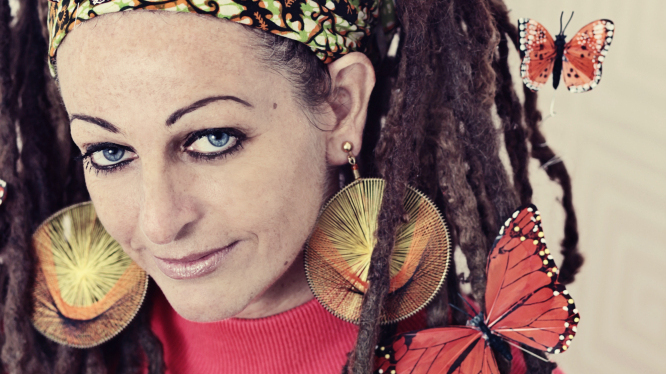 Ari Up, leader of the pioneering post-punk band The Slits, would have turned 49 on Jan. 17. She died of cancer last October (read All Songs Considered contributor Carrie Brownstein's remembrance here). In honor of the woman born Ariane Daniele Forster — not to mention my personal gateway drug into the world of post-punk — I've curated a mix of songs by other female artists inspired (both directly and indirectly) by her iconoclastic twist on punk, funk and rock 'n' roll.

These 56 tracks focus more on the rebellious and chaotic moments of the post-punk movement (we'll save goth rock and industrial music for the sequel). All of the bands include women who played a vital role in helping punk evolve past its three-chord roots. Bands such as LiLiPUT and Essential Logic were just as unorthodox as Gang of Four or Wire, even taking their sounds a step further with shrieking vocals and saxophone. The noise and raw experimentation only intensified as Sonic Youth and Teenage Jesus and the Jerks — two New York bands with prominent female members — gained considerable followings.

Post-punk made more than just a racket, though. Around the globe, punk started to breed with other genres, creating odd blends of dance music. Despite being an ocean apart, New York's ESG and France's Lizzy Mercier Descloux were shooting for roughly the same idea: disco beats with a rough and energetic presentation.

Women were also at the forefront of post-punk's more accessible moments, with underground and mainstream classics like The Waitresses' "I Know What Boys Like" and Romeo Void's "Never Say Never." Others recorded the movement's most memorable covers: Hearing The Raincoats' take on The Kinks' "Lola" brings even more comedy to the storyline, and the feeling of aggravation sung in "I Heard It Through the Grapevine" hits hard in The Slits' reinterpretation.

I've obsessed over a lot of bands in my time, and I'm sure I'll become infatuated with a lot more in the future. But no matter what my flavor of the month might be, this is stuff I can always return to. It's been that way since a vinyl copy of The Slits' album Cut made its way into my hands at a Connecticut record store. Ari Up may have passed on, but her music endures, here and elsewhere.