Accessibility links
A Year Later, Citizens United Reshapes Politics As lawyers and advocates are discovering, the Supreme Court ruling giving corporations and unions the freedom to spend as much as they like to support or attack candidates has sharply altered the debate over regulating political money. 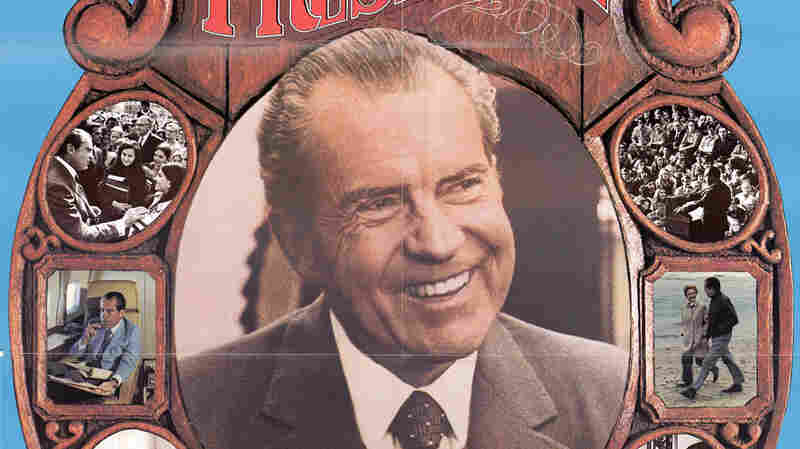 You can light a birthday candle if you want to: It was a year ago Friday that the Supreme Court handed down its controversial 5-4 ruling in the case known as Citizens United, giving corporations and unions the freedom to spend as much as they like to support or attack candidates. As lawyers and advocates are discovering, it has sharply altered the debate over regulating political money.

The Federal Election Commission was still trying Thursday to carry out the Supreme Court's edict.

"We're here today on what should be a happy day for those of us who sought clarity in the law, less regulation," Republican Commissioner Don McGahn said.

He and the other two Republicans wanted new rules that didn't mandate disclosure of big, undisclosed contributions — the kind that financed thousands of attack ads last year. The three Democrats wanted the mandatory disclosure. So the commission deadlocked.

"Promoting transparency in American elections is central to the commission's mission, and this transparency in turn is essential to the success of this, the world's oldest democracy," said Democratic Commissioner Ellen Weintraub. "We don't believe in doing things in secret."

This is how things go in the post-Citizens United world of political money: deadlocks, protests and a steady push toward deregulation.

Opponents of Citizens United are going to Capitol Hill on Friday, seeking a constitutional amendment to limit corporate spending. Some business leaders will join them, including Ben Cohen and Jerry Greenfield of Ben & Jerry's Ice Cream. Public financing for congressional elections is being endorsed by 147 former senators and House members.

On Thursday, the watchdog group Common Cause alleged that Justices Antonin Scalia and Clarence Thomas had close ties to conservative activists who benefited from the Citizens United ruling. Common Cause President Bob Edgar says the Justice Department should investigate.

"If the department finds a conflict on the part of either justice, Common Cause asks that the solicitor general petition the court to vacate the Citizens United decision," Edgar said.

But Citizens United has helped to upend the debate over political money — so much so that when the American Future Fund ran a radio ad targeting Sen. Kent Conrad earlier this month for the 2012 Senate race, it was treated as just part of the political game. Conrad, a North Dakota Democrat, said this week that he won't seek re-election.

A year ago, Democrats thought they saw an advantage in attacking Citizens United.

"Last week, the Supreme Court reversed a century of law that I believe will open the flood gates for special interests," President Obama said last year in his State of the Union message.

But voters didn't embrace the issue, and those flood gates didn't open all the way. Without disclosure requirements, it's impossible to know how much came from corporate funds.

"The effect of Citizens United in 2010 may not have been as huge, because what was going on had been set in motion earlier," he said. "But what the court did in Citizens United could suggest huge effects for other campaign finance laws down the road."

First of all, disclosure is under attack.

"Just because it may be constitutional to impose these disclosure rules, doesn't mean it makes for sound policy," said Michael Boos, counsel to the group Citizens United.

The federal ban on foreign donors faces a court challenge. House Republicans plan to vote next week to kill off public financing in presidential elections.

And the Center for Competitive Politics, an anti-regulation group, wants to undo the century-old ban on corporate contributions to federal candidates.

That was one of the first campaign finance laws on the books. The center says the corporate world now is far different from what it was in 1907, when Congress imposed the ban.