Accessibility links
Touring Portland As It Prepares For Its Moment In The Comedy Spotlight Friday night marks the beginning of the new IFC sketch comedy show Portlandia, which takes a satirical look at the people of Portland, Oregon. 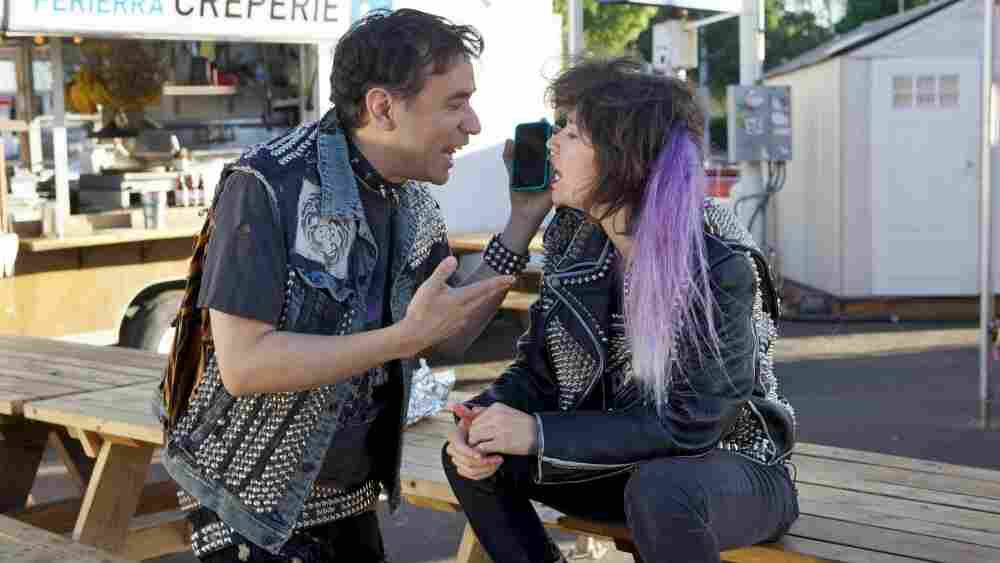 The Best Of Monitor Mix: Check out the best of Carrie Brownstein's NPR Music blog, Monitor Mix, from how she learned to listen to Phish to the collision between rock music and beards.

Tonight, IFC premieres the sketch comedy show Portlandia, with Saturday Night Live's Fred Armisen starring opposite Carrie Brownstein, who's a veteran of both the band Sleater-Kinney and the blog Monitor Mix, which she wrote for NPR Music. (The two have been making web videos for several years at the site ThunderAnt.) The show studies Portland, Ore., where Brownstein lives, through visits with its prototypes: the feminist bookstore owner, the bicyclist, the freegan, the origin-of-chickens enthusiast.

Ari Shapiro learned more about all these fictional (or are they?) folks during a tour of Portland — his own hometown — with Carrie Brownstein for a piece airing on Friday's Morning Edition.

They visited an independent bookstore called Reading Frenzy, where a volunteer shows them an issue of a zine called Moldy Soy. Reading Frenzy served as the model for Portlandia's sketch about a feminist bookstore where guest star Steve Buscemi can't seem to successfully buy a book.

What's next door to Reading Frenzy? Courier Coffee (naturally), where they deliver beans only within bicycling distance. (Really.) At Courier Coffee, Carrie and Ari find out that the guys working behind the counter have coffee tattoos — very, very serious coffee tattoos. Did you know there was a coffee-shop equivalent of the skull and crossbones? You will after you hear them explain it.

At another very real store called Tender Loving Empire, Carrie explains that she had a moment of realization in which it became clear to her that anything with a bird on it was transformed into art — which became Portlandia's "Put A Bird On It" sketch.

Lest you think this is an unsympathetic view of Portland, Carrie stresses that it isn't: "There's part of you that's cringing," she says of observing the local culture, "but at the same time, you wouldn't live anywhere else."