Accessibility links
Obama Under Pressure To 'Go Big' In State Of Union President Obama's address Tuesday is a chance for him to set the terms of the debates he'll have with the GOP over the next year. And the economic challenges still facing the country are going to "put pressure on the president to go big and go long," says former Clinton aide Bill Galston. 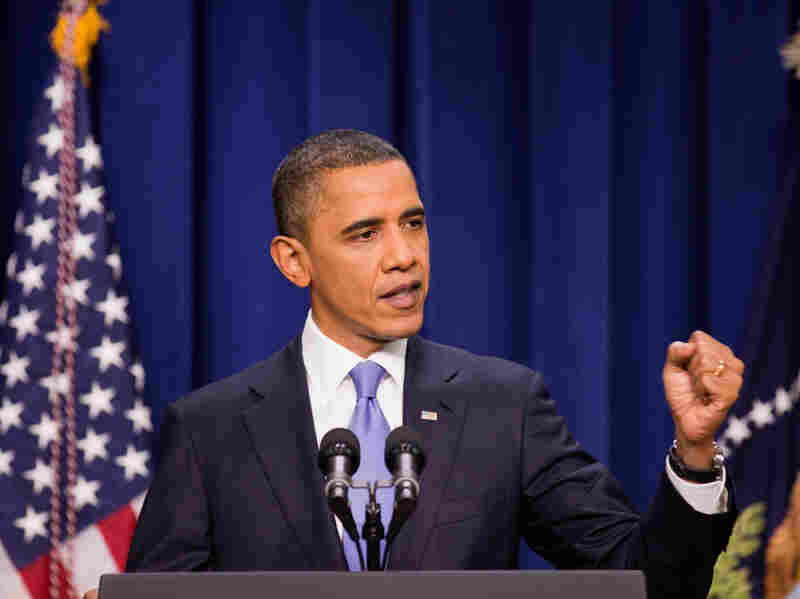 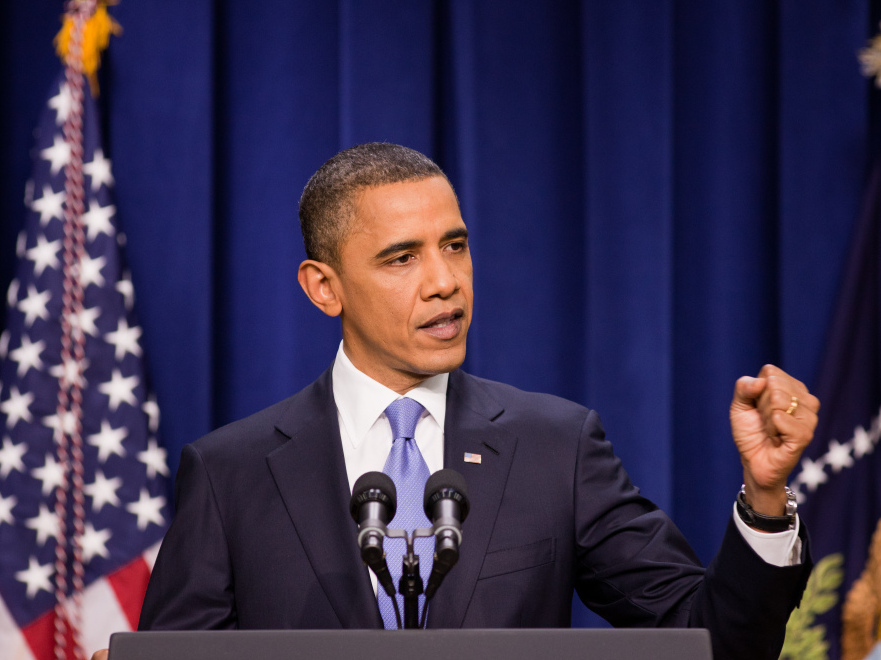 President Obama's State of the Union address Tuesday is a chance for him to set the terms of the big debates he'll have with the Republicans over the next year.

Here's how former Clinton White House aide Bill Galston describes Obama's challenge when he walks into the House chamber: "He knows and the American people know that we're not out of the woods economically yet — that we have an enormous challenge of growth of jobs on the one hand and of long-term fiscal stability on the other. And that is going to put pressure on the president to go big and go long."

In the State of the Union, Galston says, the president has to lay out his solutions for the big economic challenges facing the country.

"The dirty little secret is that the economic growth model that we've lived off for the past three decades and more, which is driven by household demand, has hit a wall," he says. "We're going to have to think of new models of growth, and I think the president has an opportunity to open that conversation."

In fact, polls show many Americans think the country is in decline and that the U.S. economy is about to be overtaken by China. Republicans have their solution: smaller government and less spending. White House officials say the president's State of the Union address will present his own optimistic vision of how to make America No. 1 in the world again.

The president has been testing themes for his State of the Union speech for months. In December in North Carolina, he compared today's economic challenge to 1957, when the Soviet Union sent a satellite called Sputnik into orbit, causing the United States to wake up and boost its investments in science and technology.

He has the opportunity in this speech to continue to be the president of all the people, which has been at the heart of his political appeal since he burst on the scene in 2004.

"So, 50 years later, our generation's Sputnik moment is back. This is our moment. If the recession has taught us anything, it's that we cannot go back to an economy that's driven by too much spending, too much borrowing, running up credit cards, taking out a lot of home equity loans, paper profits that are built on financial speculation," Obama said. "We've got to rebuild on a new and stronger foundation for economic growth."

The details of what exactly the president will propose on issues like tax reform, spending and the deficit are still under wraps. But White House officials say by the end of the speech, the president's strategy will be clear.

Former Clinton speechwriter Don Baer points out that the Obama White House has just been restocked with high-level Clinton alumni — all veterans of an earlier version of the economic strategy Obama is about to lay out. Baer calls it cut-and-invest economics.

"He's going to have to propose cuts in existing programs — some of which maybe are outmoded, and certainly bloated," he says, "so that we can reinvest in the sort of things that are designed to grow the economy and create opportunity."

Obama not only has an opportunity to start a new economic conversation on Tuesday — he's got, all of a sudden, a more welcoming political climate. White House officials are breathing easier now that the president's approval ratings are going up, following the bipartisan compromises of the lame-duck session and the president's well-received speech in Tucson. Now, Galston says, Obama can build on that.

"He has the opportunity in this speech to continue to be the president of all the people, which has been at the heart of his political appeal since he burst on the scene in 2004," Galston says. "It's what the American people want him to be. It's what they thought he would be when they elected him president. It's what they're still hoping he can be."

The reservoir of goodwill that's showing up in a series of new polls is why the president also has a political opportunity Tuesday — to accelerate the modest momentum he created for himself over the past two months.