Accessibility links
A Mother Reflects On Her Not-So-Normal Family Growing up, Laura Greenberg didn't know from normal. Her dad was emperor of the road and her mom liked boys with underbites who wore their pants really high. Today, she's still learning how to be "normal." 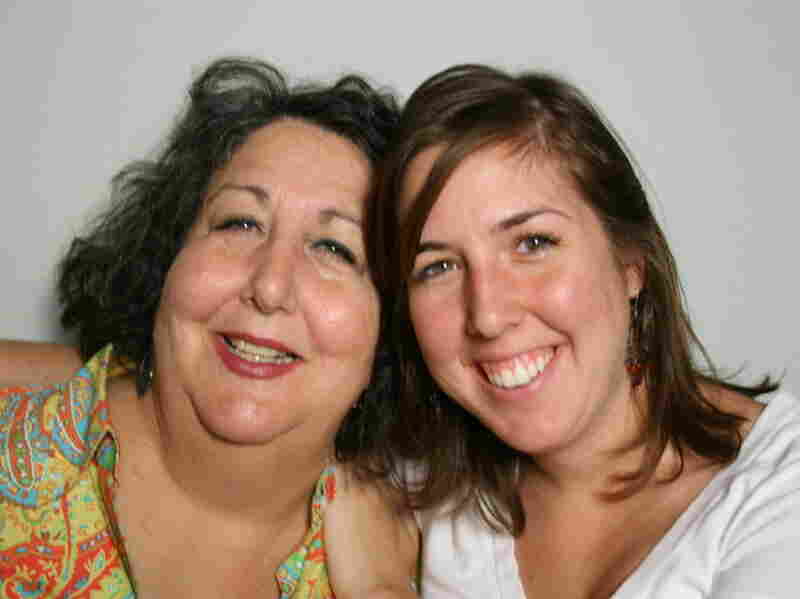 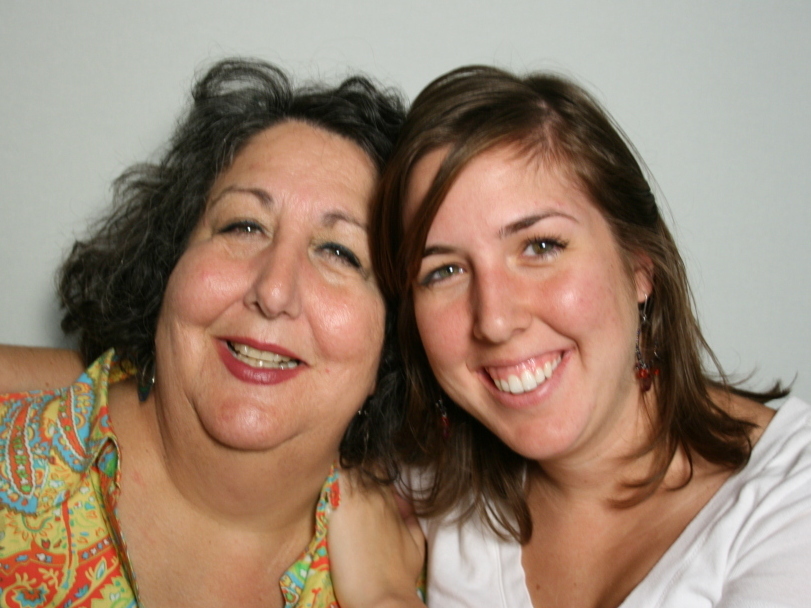 Laura Greenberg (left) and her daughter Rebecca chatted at StoryCorps in Atlanta.

Growing up in Queens, N.Y., during the 1950s, Laura Greenberg (nee Sobel) says, she didn't know what normal behavior was.

"We're yelling and we're pinching and we're hugging and we're cursing and we peed with the door open," she told her daughter Rebecca recently at StoryCorps in Atlanta. "I mean, I didn't know this was not normal behavior. I didn't know people had secrets, [that] you didn't tell your mother everything."

Then there was her father, Jack. He loved classical music. A lot.

"My father would be in his boxer shorts in front of the stereo with a baton," she said. "He loved classical music, and he would play it really loud and he would conduct the orchestra."

But that orchestra conductor was also a "little fat bald man," Greenberg said, who would "get behind the wheel of a car" and "become like a Napoleon."

"He became nuts. He gave everybody the finger. He never used the brakes," she said. "And I remember being so frightened, I'd sit in the back on the floor, crying. Because, I said, 'We're gonna die!' "

Greenberg didn't have a lot of boyfriends either. There was the neighbor boy. Her mother, Ruth, loved him.

"But he wore his pants really high. And he had an underbite — ew, god. But no one wanted to have sex with me, really, 'til I met your father," she explained. "He was cute, but very, very quiet and I scared the crap out of him. The first time he kissed me he had a nosebleed all over his face he was so nervous. It was terrible. It was, I don't know. Still married 35 years later. Unbelievable."

After college, Greenberg's husband wanted them to see the world. Ruth didn't take it well.

"My mother was just a wreck. I mean, she put a compress on her head, and she just went to bed for six months until I came home," Greenberg explained. "She would write me at American Express offices where we would pick up our mail. And every one says, 'Call home immediately. Mother.' So I thought my father died every two weeks. I thought something terrible happened, but she just wanted to hear my voice."

With all that excitement growing up, Greenberg says her life has been different from the way she imagined it would be.

"I married a Jewish lawyer and he makes no money. So, I thought I'd found success. And, you know, he's an indigent defense criminal lawyer and he saves lives," she told Rebecca. "But, we made two great kids. And when I knew I was having a daughter, I called my mother, and she said, 'Every mother should have a daughter.' "