Accessibility links
Calif. Plants Put A Wrinkle In Climate Change Plans As global temperatures rise, many plants and animals are moving to higher elevations to keep their cool. But a new study found plants in northern California are actually moving downhill, where it's wetter. "These plants are tracking water availability more so than temperature," one researcher says. 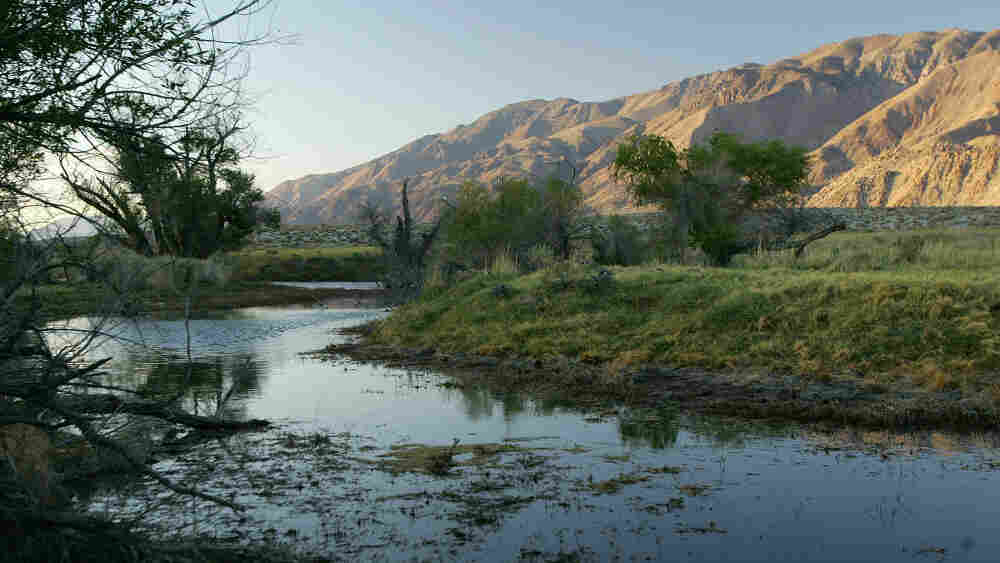 As the globe warms up, many plants and animals are moving uphill to keep their cool. Conservationists are anticipating much more of this as they make plans to help natural systems adapt to a warming planet. But a new study in Science has found that plants in northern California are bucking this uphill trend in preference for wetter, lower areas.

The simple message — that things are going to move uphill and toward the poles — may not be the answer in all cases.

Usually, coping with climate change is an uphill struggle for ecosystems — literally. Plants and animals want to be in a temperature zone where they can survive best.

"We see it consistently for mobile species such as insects and animals," says Solomon Dobrowski, an assistant professor of forest landscape ecology at the University of Montana. "A lot of the real foundation studies of this have come out of studies of butterflies, for example."

Dobrowski expected he'd see the same trend when he looked into historical movements of plants in a vast area of northern California. He dug through a remarkable record of the region's vegetation, collected back in the 1930s thanks to a federal project started during the Great Depression. He and his colleagues from the University of Idaho and the University of California, Davis, then compared that with modern vegetation surveys.

"What we found was counter to our expectations," he says. "We found that in fact the preponderance of plants in our study area had actually moved downhill 80 meters, or roughly 240 feet." 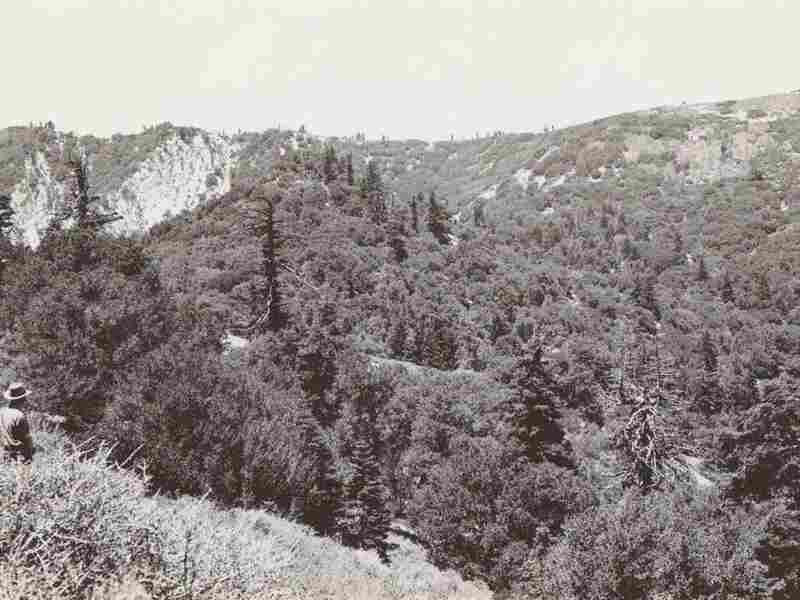 The United States Forest service set out to document the flora in California in the 1920s and 1930s. Photos like this one, showing vegetation, were used in a new study to measure how plant species have responded to a changing climate. Marian Koshland Bioscience on Natural Resources Library, UC Berkeley hide caption 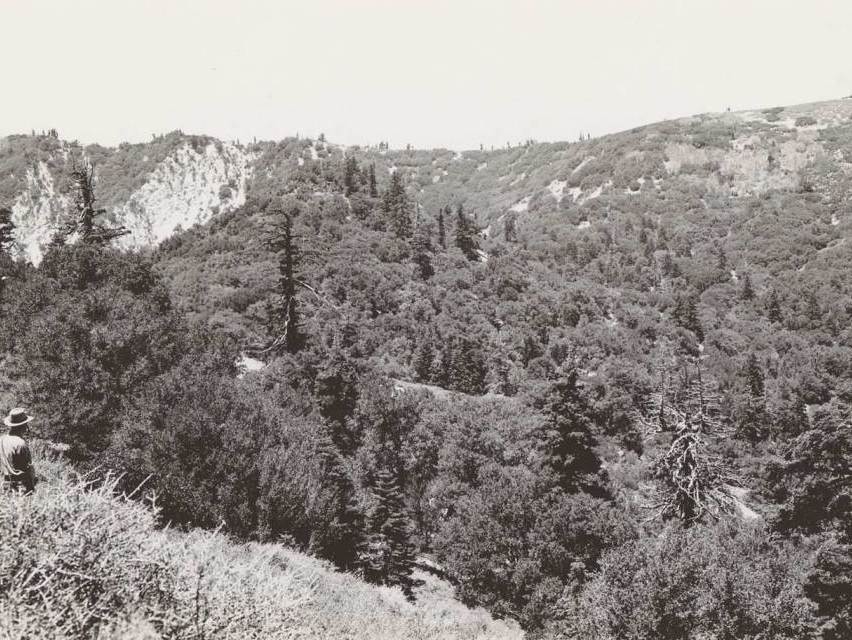 The United States Forest service set out to document the flora in California in the 1920s and 1930s. Photos like this one, showing vegetation, were used in a new study to measure how plant species have responded to a changing climate.

Individual plants don't move, of course, but the optimal range of many different species in the area studied has been creeping downhill. That means more new seeds sprouted downhill, and more new plants took root. This was true not just for annual plants but also for bushes and even trees.

Why would that be, Dobrowski wondered, considering that the area has warmed up. He and his colleagues say the answer lies not in the temperature, but in the amount of life-giving rain and snow. It turns out this region has been getting wetter.

"These plants are tracking water availability more so than temperature," he says.

Until now, ecologists doing this kind of study had mostly noticed a trend linked with temperature. Dobrowski says that still holds in many cases. But "the simple message — that things are going to move uphill and toward the poles — may not be the answer in all cases."

This adds some pretty big wrinkles to conservation plans. For example: It's not always a good assumption that protecting areas up slope from plants will help protect their future habitat as the climate changes.

Dobrowski says if ecosystems see their optimal temperature range moving uphill and their water supply moving downhill, that could be quite awkward at times. What if plants move downhill to better moisture conditions, but the butterflies that rely on those plants are driven uphill to avoid the heat?

"You could have situations in which plant and animal communities are even disrupted further," he says.

This is quite a sobering finding for ecologists trying to anticipate what will happen to natural systems in the coming century.

Scott Loarie, a researcher at the Carnegie Institution of Science on the Stanford University campus, says most of the research into this topic has been focused on temperature trends, "because we know the most about temperature. Pretty much all our evidence shows the Earth will get hotter, and there's very little dispute about that. We don't know very much about precipitation."

Loarie says the new study underlines just how important precipitation can be. Unfortunately, in many parts of the world, scientists simply can't say whether climate change in the long run will bring more moisture or more drought. Loarie says California is a case in point — the various climate forecasts disagree.

"So it's really a crapshoot in California whether we're facing a drier or a wetter future," he says.

That means it's entirely possible that the plant communities that have been marching downhill for the past 80 years will eventually reverse course, and head back up the slopes.