Accessibility links
Math Isn't So Scary With Help From These Monsters A new children's book written and illustrated by a Brown University math professor makes complex ideas like prime and composite numbers easy (and fun) to understand. 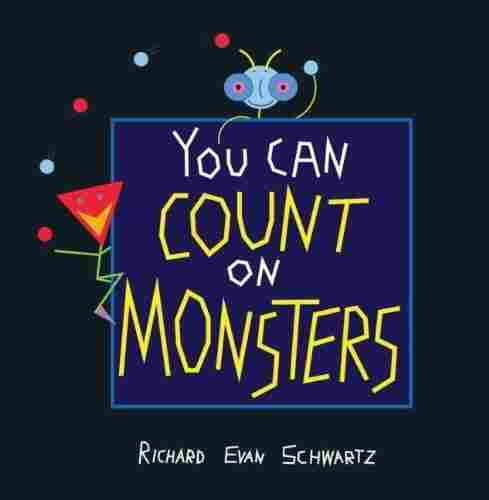 You Can Count on Monsters
By Richard Evan Schwartz
Paperback, 244 pages
A K Peters
List Price: $24.95

Math concepts like prime numbers and factoring can be a little scary for some children (not to mention some adults.) But a new book uses an unlikely ally to explain these ideas in an effective and whimsical way: monsters.

Richard Evan Schwartz, a math professor at Brown University, has written and illustrated a children's book called You Can Count On Monsters. Mathematician Keith Devlin talks with NPR's Scott Simon about how the book makes finding prime numbers fun.

"This is one of the most amazing math books for kids I have ever seen…," Devlin says. "Great colors, it's wonderful, and yet because [Schwartz] knows the mathematics, he very skillfully and subtly embeds mathematical ideas into the drawings."

What Schwartz does is draw monsters to represent different prime and composite numbers. 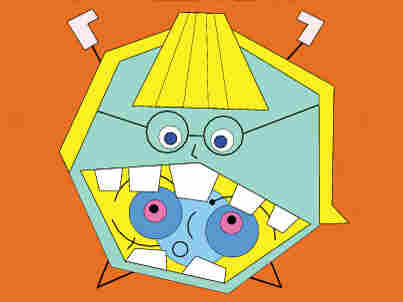 Who says monsters have to be scary? Some can be very helpful with your math homework. The monster above is actually showing you how to find the prime factors of the number 14. Click here to see Schwartz's illustrations of the numbers 1 to 100, factored. Richard Evan Schwartz hide caption

"Kids love to recognize patterns, they love to count," Devlin says. For a generation being raised on iPads — where calculations can be simply done using an app — getting kids interested in mathematical concepts is more of a challenge.

"The technologies that kids have are so captivating, so engaging, that a dull old textbook — the kind of book that I learned from — doesn't hold their attention any more. You need to make it attractive, and this book does that in spades," Devlin says.

Even parents who may have forgotten lessons taught in a classroom long ago about fractions shouldn't be afraid. There's a guide at the beginning of the book and explanations at the end to help readers understand the basics. And the monsters help along the way, as well.

"The diagrams are clearly geometrical, because they have to have corners and edges, but they have personalities. These monsters are fun creatures that you would like to have as pets." Devlin says. "Well, I would!" 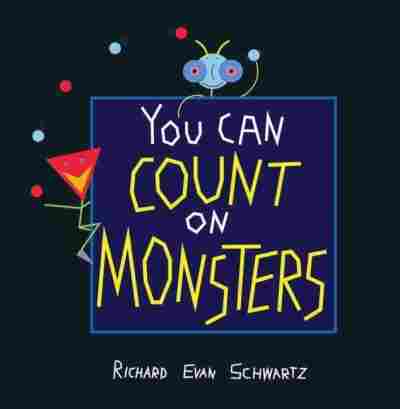 You Can Count on Monsters

The First 100 Numbers and Their Characters