Accessibility links
Jobs, Of Course, But What Else Will Obama Say? On Tuesday, President Obama will give his State of the Union address. For anyone playing parlor games at home that night, expect words like "jobs" and "competitiveness," but not as many like "Iraq" and "Afghanistan." 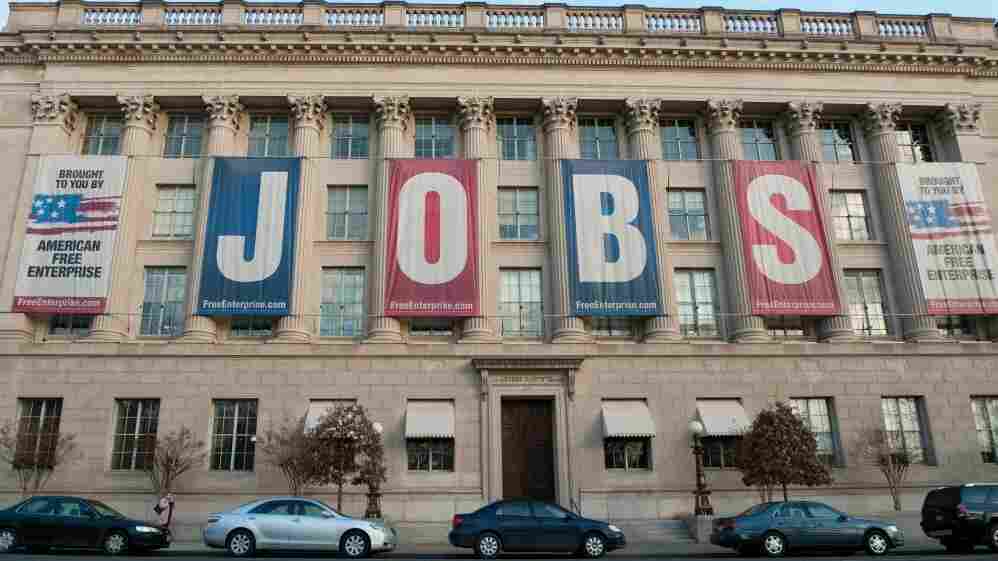 A recent message from the Chamber of Commerce in Washington, D.C. Mandel Ngan/AFP/Getty Images hide caption 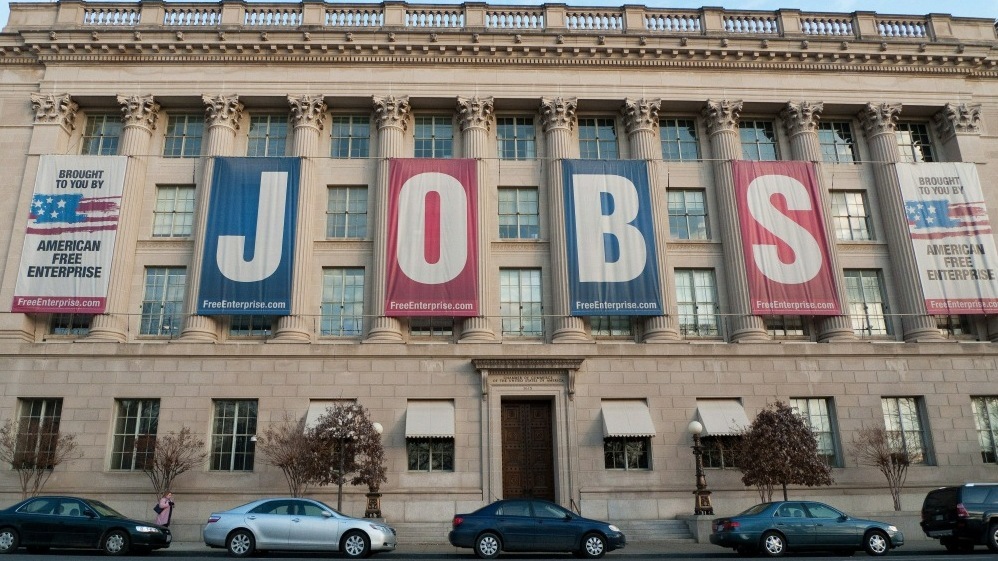 A recent message from the Chamber of Commerce in Washington, D.C.

On Tuesday, President Obama will give his State of the Union address, and everyone wants to know what he will talk about.

For anyone playing parlor games at home that night, New York Times White House correspondent Peter Baker says, it might be fun to count the number of times the word "jobs" comes up with the word "competitiveness."

Baker expects the president to underscore the need for American competitiveness amid the rise of countries like India and China. That will naturally include trade issues, he says, but also education, innovation and infrastructure.

"This is a way for him to make the case for a lot of the things that have been important to him for a long time in a more consensus-building theme," Baker tells Weekends on All Things Considered host Guy Raz. "The idea of competitiveness, of course, is something that appeals to Republicans as well as Democrats."

As the president prepares to file paperwork to establish his re-election campaign, he may find himself in the same shoes as the last two-term Democratic president, Bill Clinton, who in 1995 also faced a newly elected Republican majority in the House.

In the spirit of working with that new majority, Baker says, the president has already taken steps to emphasize pro-business policy — with the appointment this week of GE chief Jeffrey Immelt to his economic competitiveness council and former JPMorgan executive Bill Daley as his new chief of staff. Obama has also promised to look at regulations that hobble job creation.

"You're hearing a little bit of a recognition that he needs to work out a new relationship with business," Baker says. "He's going to say, 'Look, this is too important for all of us to fracture over old lines of pro- and anti-business.' "

The president's last State of the Union address came after the election of Republican Sen. Scott Brown to the late Edward Kennedy's vacant Senate seat, shifting the power balance in the Senate. Back then, the president chose a bold tone.

"He basically came back and said, 'I don't give up easily. Don't think you're going to roll me,' " Baker says. But this year, after a successful lame-duck session, the imperative is a little different.

"He wants to assert his strength, but also making himself look reasonable to the broader public — so that if there are fights to come, he looks like the good guy."

No matter what, Tuesday's speech will set the tone for the year ahead. Baker points out that the State of the Union address isn't just a showpiece — it's an organizing document for the presidency.

"It's not just a speech he writes a couple of days in advance," Baker says. "It's something that goes through a process, over weeks and weeks, leading up to a speech in which the whole of government comes together and then says, 'What is important for us this year? What are we going to make our priority?' "

What Obama Would Say If We Could Write It

Ahead of Tuesday's speech, we asked four prominent policy analysts to write the script they'd like to hear the president read.