Accessibility links
'Diva, Divo': Joyce DiDonato's Operatic Gender-Bending Mezzo-soprano Joyce DiDonato talks about her new album Divo, Diva, in which she plays a collection of male and female characters from across the operatic repertoire. 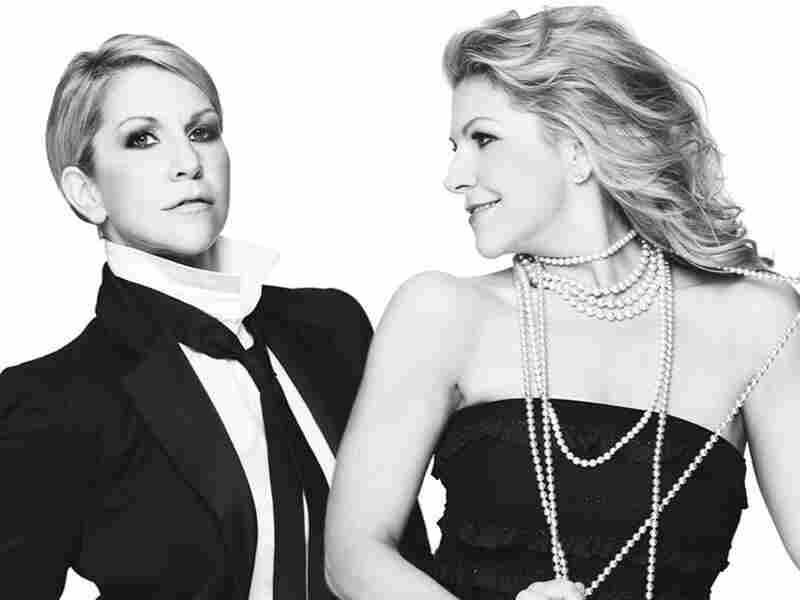 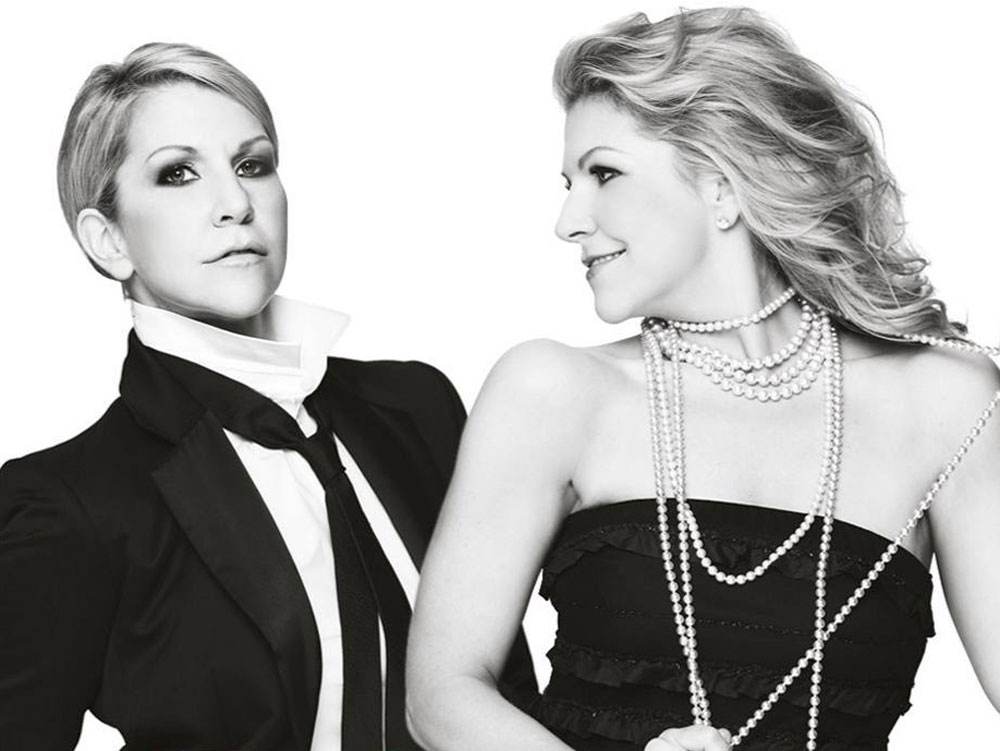 For Joyce DiDonato, switching genders is as easy as changing clothes.

Joyce DiDonato has the type of voice that can manage a wide variety of operatic characters — and not just the female ones. On her new record Diva, Divo, half of the arias she sings are for male characters.

"We call them 'pants roles,' " DiDonato explains, "because most of the time, I'm in pants. Occasionally, oddly enough, the boy [character] also has to dress up as a girl, but that gets very confusing."

DiDonato tells Weekends on All Things Considered host Guy Raz that the costumes for pants roles are far more comfortable than those assigned to female characters. But not every female singer has the opportunity to wear pants. DiDonato is a mezzo-soprano, the type of voice most pants roles are written for. It also means she was born with slightly longer vocal cords than your average soprano.

"We still have to go quite high and quite low, but we sit in more of a middle ground than the high-flying sopranos," she says. "And so it gives a certain color to a voice that can portray adolescent boys. There's a purity and innocence, hopefully, but it's also weighted a little bit so there's more authority in the voice."

The music itself often helps establish the mindset of the character. In Richard Strauss's Ariadne auf Naxos, a young, headstrong composer falls in love with a burlesque musician.

"He's about 17 years old," DiDonato says, "and he has discovered a type of love for the first time. He's one of these geeks who has spent his whole life composing. What I love about this is that you hear the enthusiasm in him, and you hear these wild leaps, which is very masculine. It's angular and a bit more temperamental and impulsive than a girl would sing about love."

There's also gorgeous singing for female characters on the "Diva" side of the album. The character Marguerite from Berlioz's The Damnation Of Faust discovers a different sort of love.

"Margeurite is a young girl who has lived in an isolated world, and she discovers love for the first time," DiDonato says. "She has a sensation that it's not a healthy thing for her. She senses that there's something not quite right about it. And sure enough, Satan has brought these two together, so her instinct is right!"

Singing such a variety of roles also requires considerable language skills. On Diva, Divo, DiDonato sings in French, Italian and German — which is standard for most opera singers. She says understanding the text is essential to interpreting the music.

"If I didn't understand the languages, it would be as if I were a painter and didn't know the difference between blue and red," she says. "I always think that as a singer, I'm painting a story. I'm trying to create colors and atmosphere — I can't fathom not comprehending what I'm saying."

When you take away the pants vs. skirts gender-bending, there's another layer to the album: DiDonato often presents two different versions of the same operatic story. She sings Prince Charming from Massenet's version of Cinderella, and she also sings the title role in Rossini's version of the same tale.

"One of my favorite elements of the opera world is that it's theater," she says. "I liked this idea of exploring the same story and learning from two different composers what the sound world, or the musical language is that they used to convey this."