Accessibility links
Black Models Celebrated As Runway Revolutionaries Nearly 40 years ago, the U.S. and France staged the couture equivalent of a throw-down at the Palace of Versailles. The result sent seismic waves through the fashion world, largely because of the presence of several black models who walked for the American designers. 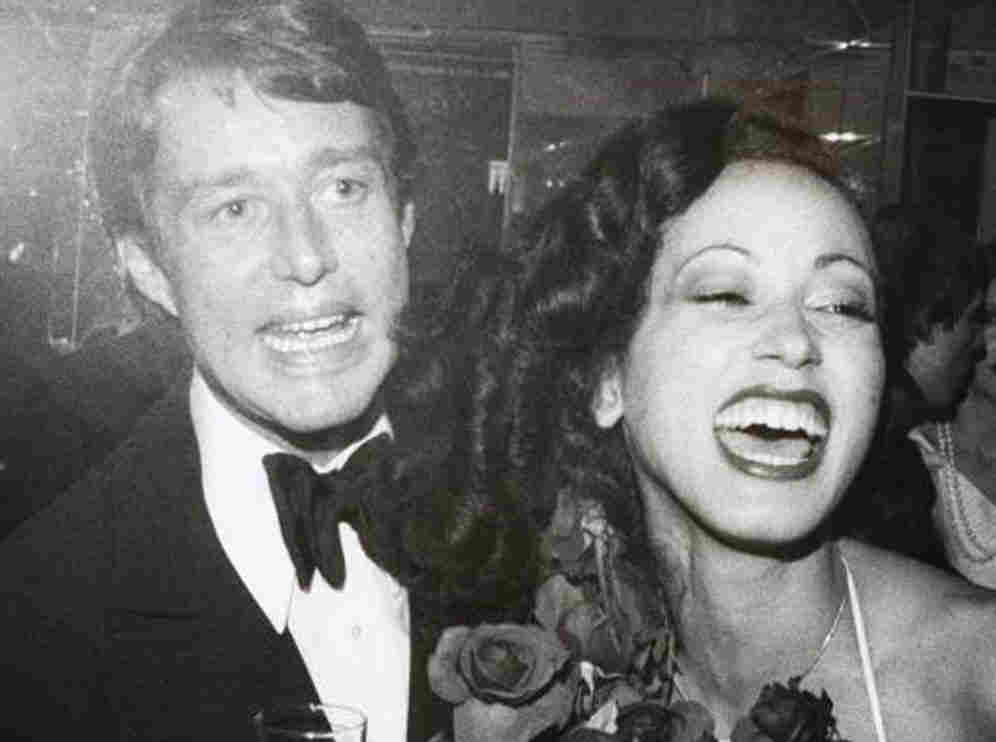 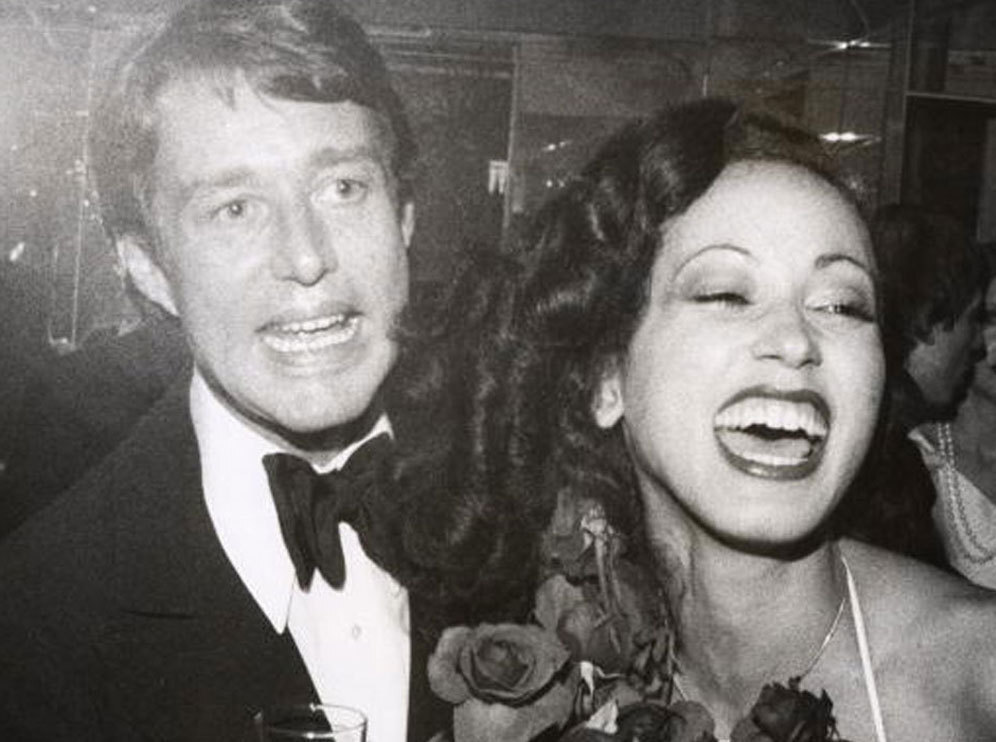 Designer Roy Halston Frowick, known best by his middle name only, with model Pat Cleveland at a party following the Coty Awards in 1972. Halston frequently used Cleveland to showcase his fluid, body-hugging designs.

It was the fashion equivalent of a first-class prize fight — the Thrilla in Manila, only with high heels, not boxing gloves.

And in the other corner, some of America's best and brightest: Anne Klein, Oscar de la Renta, Bill Blass, Halston and a swiftly rising star, Stephen Burrows.

The audience at the Palace of Versailles that November of 1973 was star-studded, too: plenty of American socialites, one of the richest women in France, and the former Grace Kelly, who became Princess Grace of Monaco.

But as important as those ladies were, the event was transformed by the presence of several African-American models. According to Harold Koda, curator in charge of the Costume Institute at the Metropolitan Museum in New York, at the evening's end, fashion publicist Eleanor Lambert, who had dreamed up the event, described it this way: "It was as if, on this cold night, all the windows of Versailles had been blown open." 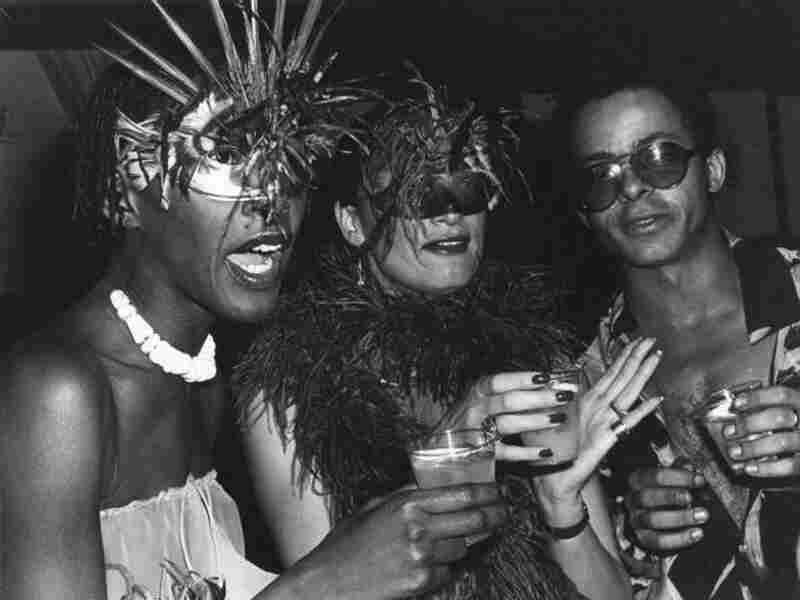 Bethann Hardison (left) with Daniela Morera and designer Stephen Burrows. After she stopped modeling, Hardison went on to found her own agency. After two successful decades, she sold it and started the Black Girls Coalition, an advocacy and support organization for black models, with Iman. Rose Hartman/Getty Images hide caption 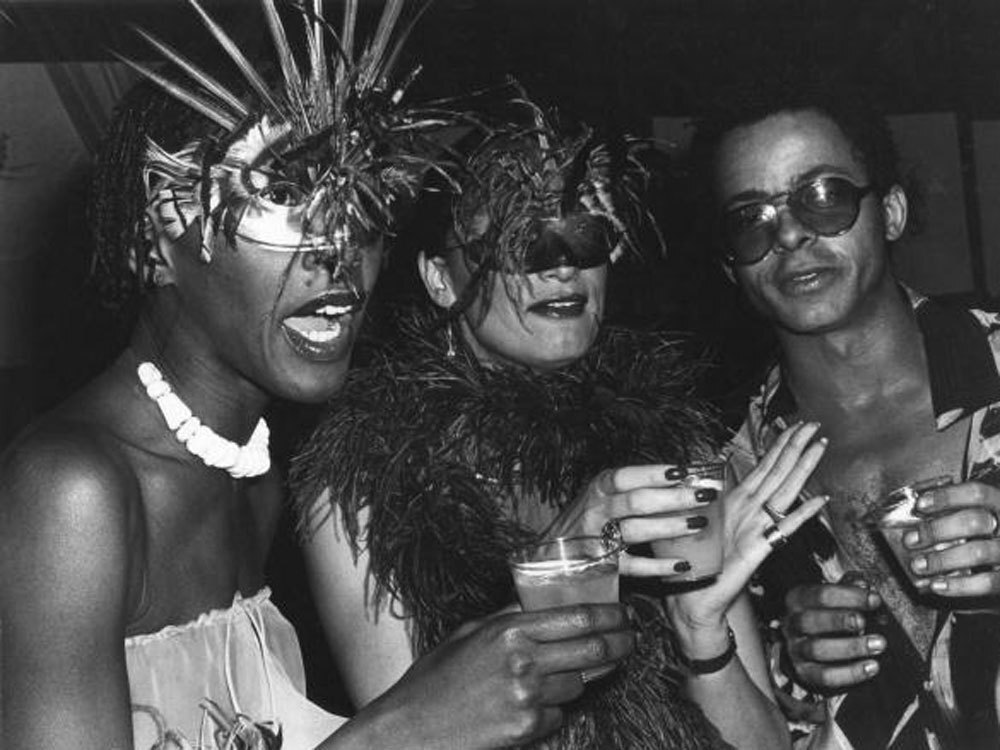 Bethann Hardison (left) with Daniela Morera and designer Stephen Burrows. After she stopped modeling, Hardison went on to found her own agency. After two successful decades, she sold it and started the Black Girls Coalition, an advocacy and support organization for black models, with Iman.

Around 200 people will gather Monday at the Costume Institute to celebrate these black models whose work that night made American fashion a contender on the world stage.

Koda says many people he interviewed who were at Versailles said the event nearly 40 years ago was special.

Sandi Bass began her European modeling career the same year as the Versailles event and remembers how excited she was to hear about black models triumphing in the cradle of the French fashion establishment.

"There was a certain kind of walk that we had at the time, and I'm just going to say it was pretty much the 'black girls' walk,' " she says. "We were free, we were spirited, we would smile. ... It was like a little trot down the runway."

Bass, who worked for Givenchy for several years, says that after Versailles, a number of French designers turned to black girls as models and as inspiration.

Many of the models served as both muse and sounding boards to the designers with whom they worked closely; the old don't-speak-unless-the-couturier-addresses-you protocol was swept aside, Bass says. "We had no holds barred, the personalities just flourished and opened, and this created an excitement for the designers as well as the audience," she says.

Fashion historian Barbara Summers enjoyed a 17-year career with Ford, one of America's top modeling agencies. She says the models at Versailles caught the world's attention in part because of their numbers. There had been black models before, but they were considered exotic rarities.

"At Versailles, they had never seen so many flagrantly beautiful black women at one time, so that was a revolution," she says — the turning-heads kind of revolution, not the chopping-heads kind.

Summers says the Versailles audience was used to the chilly remoteness of the models who showcased European couture.

"Black girls changed all that; they plugged fashion into what was happening now, and that meant R&B, rock 'n' roll, dancing, music, popular culture," she says. "They brought the electricity of popular culture into fashion."

Koda says Versailles came at the moment the world was changing: It was getting younger, there was a lot of social upheaval, and people were ready for change.

Summers says the black models who presented at Versailles were pioneers in overturning an outmoded aesthetic.

"They weren't planning on being revolutionaries, but they happened to be at the right place at the right time," she says. "And for a revolution to take place at Versailles, let me tell you, for these little black girls to be running around, kicking up a fuss, showing off, it had to be absolutely thrilling."