Andersen, Bach and the Jewish experience

Composing is a utopian act 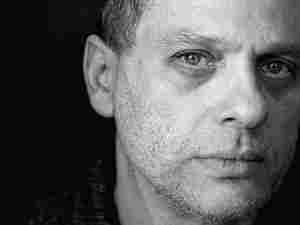 David Lang, a New York-based composer, has won the Pulitzer Prize for music with his piece, The Little Match Girl Passion, based on the childrens story by Hans Christian Andersen.

Langs music makes a big impact with small forces. The piece is scored for only four voices and a few percussion instruments, played by the singers. They sing the sad story of a little girl who freezes to death selling matches on the street during a cold winters night.

In notes Lang wrote to accompany the Carnegie Hall premiere last October, he says he was drawn to Andersens story because of how opposite aspects of the plot played off each other.

The girls bitter present is locked together with the sweetness of her past memories, Lang says. Her poverty is always suffused with her hopefulness. There's a kind of naïve equilibrium between suffering and hope.

Lang was also intrigued by the religious allegory he saw beneath the surface of the story, and he found inspiration in the music of his favorite composer, J.S. Bach.

Andersen tells this story as a kind of parable, Lang says, drawing on a religious and moral equivalency between the suffering of the poor girl and the suffering of Jesus. I thought maybe I could take the story of Bachs St. Matthew Passion and take Jesus out, and plug this little girls suffering in.

With all due respect to the hundreds of distinguished pieces I've listened to as a Pulitzer juror, Page said, "I don't think I've ever been so moved by a new, and largely unheralded, composition as I was by David Lang's Little Match Girl Passion, which is unlike any music I know."

The piece was commissioned by Carnegie Hall especially for the vocal ensemble Theatre of Voices and its director, Paul Hillier.

Lang, known for his work with the experimental collective Bang on a Can, says that he has worked at providing a space that can make innovation meaningful.

Bang on a Can, Lang says, has been a utopian home for people who are trying to do things that do not have an easy fit any other place in the music world. And weve been doing it now since 1987.

Im incredibly happy that someone noticed me and thinks that I am worth supporting, but that in no way means that the job of supporting composers is done.

Bang on a Can Site