Accessibility links
First Listen: Joyce DiDonato, 'Diva, Divo' The amazing mezzo-soprano sings roles for male and female characters by composers from Mozart to Massenet on her gender-bending new album. Hear the recital in its entirety until its release on Jan. 25, and download an exclusive track not found on the album. 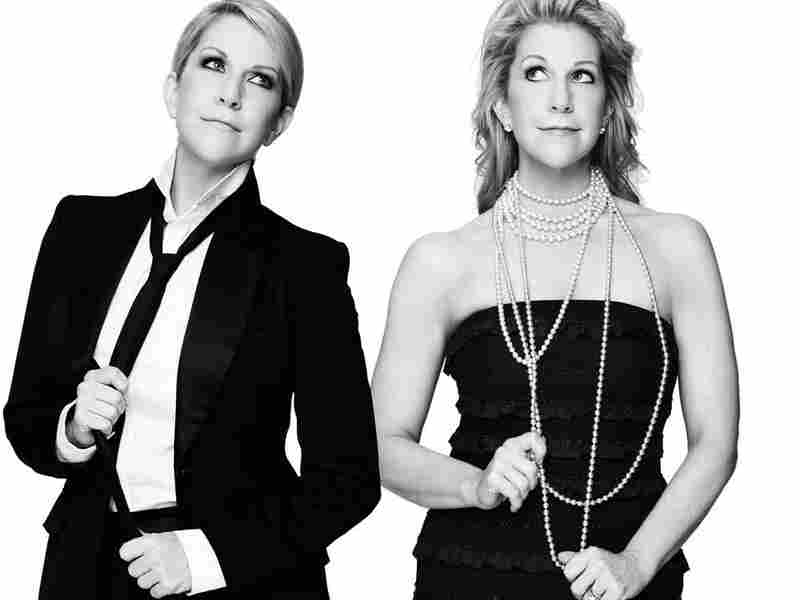 The two DiDonatos: one in pants, the other in pearls. Courtesy of Virgin Classics hide caption 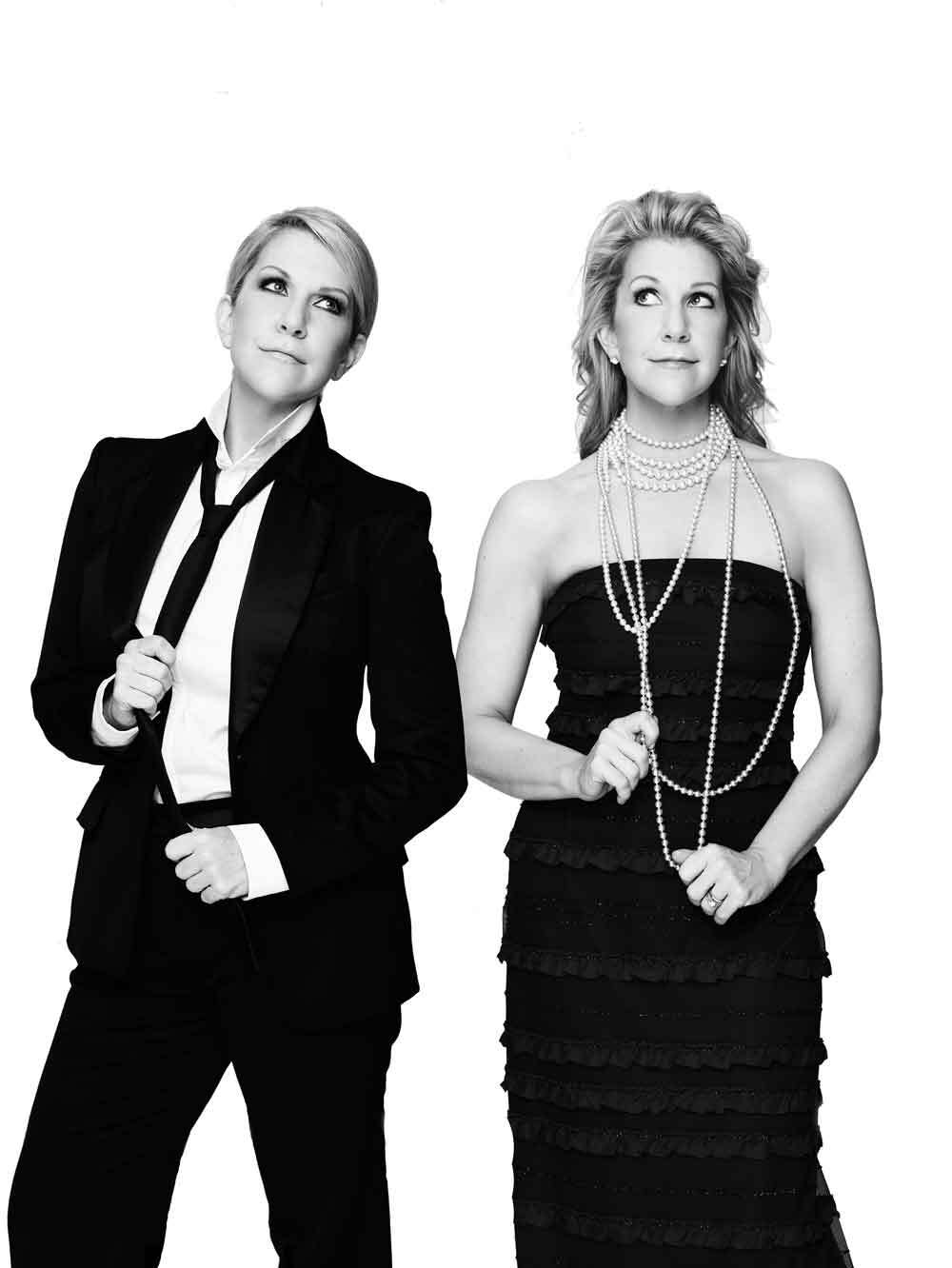 The two DiDonatos: one in pants, the other in pearls.

Who wears the pants in Joyce DiDonato's house? Well, that would be the American opera singer herself. Occasionally, she even wears them onstage.

That's because DiDonato is a mezzo-soprano, which means she sometimes sings what are called — in opera parlance — "trouser roles," in which a female singer plays a male character.

This playful gender-bending is the theme running through DiDonato's new album, Diva, Divo, which comes out Jan. 25. The album cover depicts it perfectly, with two DiDonatos standing side by side: one in a sleeveless dress, with flowing locks and strands of pearls; the other in a man's suit and tie, with hair slicked back.

In the past few years, DiDonato has become many an opera lover's favorite. And on this sparkling new album, it's easy to hear why. The voice is radiantly gorgeous up and down the registers; she also has a killer technique and a keen sense of drama in the music. Just listen to the sequence at 8:27 into "Se mai senti" from Gluck's Sesto, which culminates on a breathtaking, whisper-soft trill on the Italian word "more."

Earlier this month, during her Kennedy Center recital, Renee Fleming declared DiDonato her favorite, and DiDonato was named Gramophone magazine's artist of the year last fall.

In the album's liner notes, DiDonato writes about how lucky she is to have been born with the lower mezzo voice.

This genetic blessing has allowed me to portray a wealth of characters, from young boys to princesses, from ardent young men to demented, murderous wives. A richer tapestry of human emotions would be hard to find, and that translates into sheer fun for me! It is this exploration of our world, both external and internal, that continually set me on fire.

And on fire she is: in everything from the ravishing opening bars of Massenet's "Je suis gris" that begins the album to the rapid-fire runs in the showstopper from Rossini's Cenerentola (Cinderella).

If the "pants and skirts" theme isn't enough, there's also another duality at play in Diva, Divo. It's a kind of two-sides-to-every-story idea, as DiDonato has chosen to sing arias from the same operatic tales told by different composers. So we have examples of Figaro's story told by both Mozart (The Marriage of Figaro) and Massenet (Cherubin), Faust from both Berlioz (La Damnation de Faust) and Gounod (Faust), and Cinderella by Massenet (Cendrillon) and Rossini (La Cenerentola).

On an intellectual level, plenty of themes and cross (dressing) references pop up here. But it's best to forget all that and just luxuriate in the DiDonato sound.

Diva, Divo will stream here in its entirety until its release on Jan. 25. Please leave your thoughts on the album in the comments section below.