Accessibility links
Ex-Guantanamo Detainee Gets Life In Prison Ahmed Ghailani, 36, is the first Guantanamo Bay detainee to be tried in a civilian court. He was acquitted of murder charges last year in connection with attacks on two U.S. embassies in Africa, but a jury convicted him of conspiring to destroy government buildings. 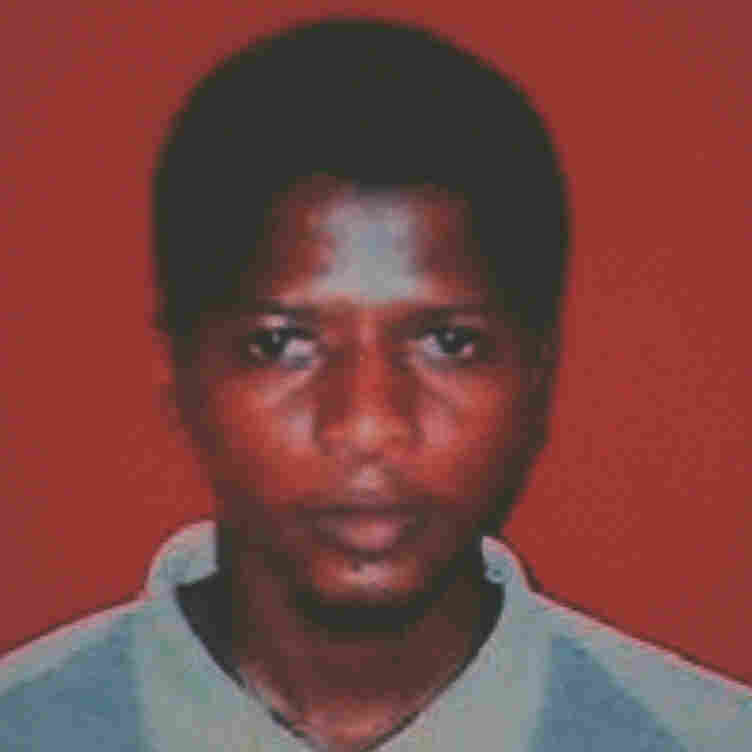 The first former Guantanamo Bay detainee to be tried in a civilian court was sentenced to life in prison Tuesday. Ahmed Ghailani had been convicted of conspiring with members of al-Qaida to bomb two U.S. embassies in Africa in 1998; 224 people died in the attacks, and thousands were wounded.

The courtroom was packed for Ghailani's sentencing hearing. On one side was a group known as "victim observers" — three long benches of people who had either lost someone in the 1998 embassy attacks or survived the bombings themselves. Some had flown in from Kenya, others came from Tanzania, all to look Ghailani in the eye and tell him of their losses.

One after another, they stood to address Ghailani directly. They told him about sons and daughters and spouses who had been lost in the attacks. They talked about the bombing in gruesome detail. One after another, they asked federal Judge Lewis Kaplan to impose a penalty so Ghailani would feel, in the words of one victim, "the same losses they felt."

Even though torture was an issue in the trial, it was still dealt with in a way that Ghailani still was convicted of a very serious charge and he was sentenced to a very serious sentence: life without the possibility of parole. And that is meaningful.

"Victims have a dramatic impact on the court," said Laura Pitter, a counterterrorism adviser at Human Rights Watch. "They were able to attend the trial, and they voiced their very articulate views on why he should be sentenced very severely."

The families called for a life sentence without parole — the maximum the judge could impose.

Ghailani's defense team, for its part, tried to convince the judge that there were extenuating circumstances. Specifically, they claimed that Ghailani was tortured while in CIA and U.S. government custody, and had been held so long at Guantanamo that he deserved some leniency in sentencing.

The judge found that argument unconvincing. The crime was so horrendous, Judge Kaplan said, even if Ghailani had been tortured or mistreated, it didn't diminish the severity of the crime or the sentence he would impose. The reason that's important is because Kaplan has now addressed how a court might deal with the issue of prisoners who claim to be victims of U.S. torture.

"Even though torture was an issue in the trial, it was still dealt with in a way that Ghailani still was convicted of a very serious charge, and he was sentenced to a very serious sentence — life without the possibility of parole," Pitter said. "And that is meaningful."

After the sentencing, Karen Greenberg, the executive director of New York University's Center on Law and Security, said the sentence hadn't surprised her.

"Taking it at a distance in a colder light, this trial worked," she said. "It was efficient. It was on point. It was not overly dramatic, there was no grandstanding, and the jury found themselves able to come to a verdict."

Greenberg says that while Ghailani's trial may not have been the slam-dunk prosecutors had anticipated, the case did show that for Guantanamo detainees, civilian courts can work.