Accessibility links
Hormone Helps Short-Term Memories Stick Around When scientists added a hormone to rats' brains, their memories were better. The opposite happened when the hormone was reduced. The research could lead to a drug that helps people with Alzheimer's and post-traumatic stress disorder, scientists say.

Scientists have identified a substance that can dramatically improve memory in rats, according to a study in the journal Nature. It's a growth hormone called IGF2 that is produced naturally in both humans and rodents. And the discovery could lead to drugs that affect memories in people, researchers say.

The hormone appears to play an important role in turning short-term memories, which may last only a few seconds, into long-term memories that can last for days or an entire lifetime. 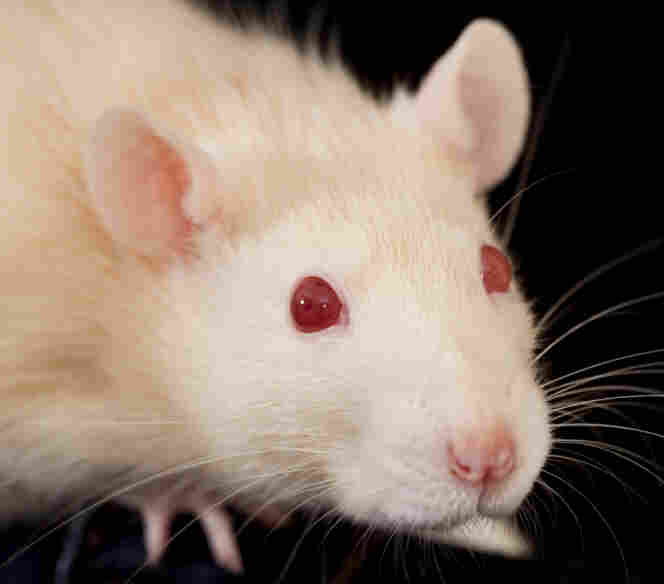 A hormone that impacts memory in rats likely does the same thing in other animals, like humans. S. Ugur Okcu/iStockphoto.com hide caption 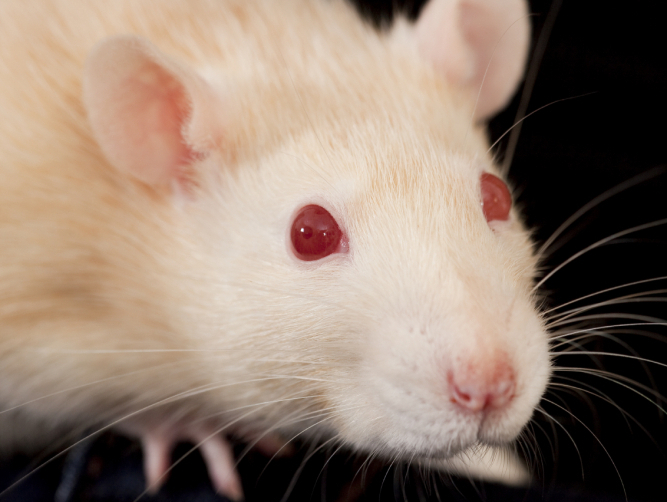 A hormone that impacts memory in rats likely does the same thing in other animals, like humans.

Its importance was discovered by a team at Mount Sinai School of Medicine in New York. The team was studying the brains of rats that get an electric shock when they step into a dark area of their cage.

"They learn that that's unpleasant, and they're going to avoid it," says neuroscientist Cristina Alberini.

Eventually, though, the memory fades and the rats venture into the dark area again. The amount of time it takes them to forget provides a way to measure the persistence of a memory, Alberini says.

The scientists realized that soon after rats got a shock, levels of IGF2 increased sharply in a part of the brain called the hippocampus.

Before this, scientists had known what IGF2 did in other parts of the body. But they hadn't studied it much in the brain.

The IGF2 increase in the hippocampus led them to suspect that the hormone was somehow involved in turning short-term memories into long-term ones.

They confirmed this by reducing the amount of hormone in the brains of certain rats. These rats never learned to avoid the dangerous place.

But when the scientists injected extra hormone into the rats' hippocampus, "we saw that they avoided the place for much, much longer," Alberini says.

In some cases, the treated rats stayed away more than twice as long. But the extra hormone only made a difference if the rats got it within a few hours of a shock. This suggests there is a critical period in which IGF2 helps form long-term memories, Alberini says.

The hormone probably plays a similar role in memory formation in many other species, Alberini says. She says there are "a number of suggestions here that are very encouraging for thinking that it may work in humans.

Touring Memory Lane Inside The Brain

The new study is "really, really exciting," says Li-Huei Tsai from the Picower Institute for Learning and Memory at MIT.

The new research could help scientists design a drug that enhances memory in people, perhaps even those with Alzheimer's disease, she says.

But she says IGF2 itself may not be a good choice for a drug because of things it does outside the brain.

"It actually can increase the growth of cancer cells," she says. "So, I just hope that people wouldn't think about, you know, injecting IGF2 into themselves."

Some researchers are more interested in what the study suggests about eliminating bad memories, like the ones associated with post-traumatic stress disorder, or PTSD.

The new study changes the scientific model of how a frightening experience becomes a long-term memory, says Thomas Insel, director of the National Institute of Mental Health, which helped fund the research.

"For understanding that, we're going to have a new player that we have to think about," Insel says. "This is a biochemical step that, frankly, no one had identified before."

People with PTSD might benefit from a treatment that reduces the amount of IGF2 in the brain, Insel says, which could help them get rid of a bad memory.

"What happens in PTSD is not that you want to remember," he says. "You want to learn to forget."

And manipulating levels of IGF2 might help people with the disorder do that, Insel says.